Power Play - There are too many unlinked cases and clusters popping up for Auckland to move out of alert level 3 for now, as the government ratchets up restrictions in parts of neighbouring Waikato. 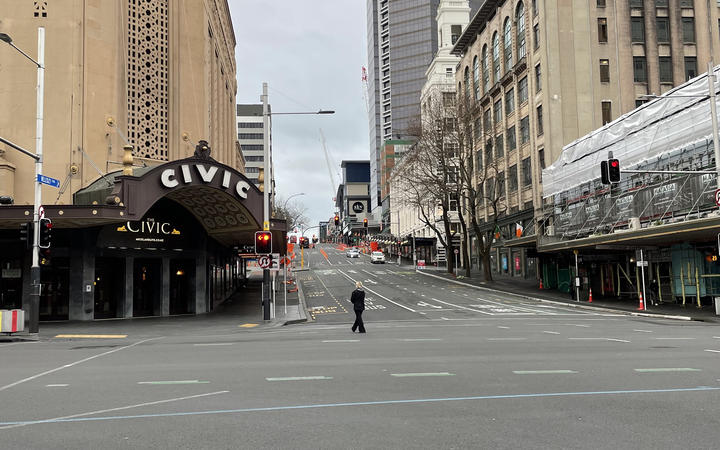 Ministers would baulk at opening up the kind of activity a move to level 2 - even Delta level 2 - would bring. The two-week school holiday break has relieved some of the urgency of making immediate decisions about reopening schools, but once the new term resumes, all will be aware of the pressure cooker of families being stuck at home, and on students with exam time looming. In more positive news, a decision to return to level 4 lockdown is not an option on the table today.

Prime Minister Jacinda Adern and her Cabinet are fast approaching a tipping point between keeping what remains of the social licence to restrict the lives of Aucklanders, and having enough limitations in place to get this Delta outbreak under control. That city is bearing the brunt and people are over it; it's clear level 3 restrictions are being widely flouted and in many places Auckland looks and feels more like level 2 - without the masks.

The numbers have been jumping around, but more concerningly for ministers, cases that can't immediately be linked to the outbreak and new clusters keep appearing - the key to moving down levels is being confident there is no undetected community transmission, and if there is, the ready ability to find it and stamp it out.

Complicating things further are the two new Waikato cases who are known to each other, but haven't yet been linked to the Auckland outbreak - urgent genome sequencing is underway. Parts of Waikato are now under level 3 for at least a week, but out of necessity there's a 'high trust' model around the border, as there are so many ways in and out it would be very difficult to police. Add to the mix the Auckland truckie whose infection was picked up through routine border testing; his trip from Auckland to Palmerston North has left a trail of possible exposure points. None of these three cases was vaccinated.

There have been 23 unlinked cases over the last fortnight, with that tally bumped up substantially this past weekend in what the government effectively views as a second outbreak.

Ardern said on Sunday the "original" one, through the efforts of Auckland's residents, had "essentially ended" and with the "subsequent outbreak" they're at the "beginning stages ... of putting a ring around it and determining its scale, [which] does take a bit of time".

Making this even more challenging is the virus having taken hold in some emergency and transitional housing; large, vulnerable families often living in unstable and cramped conditions, making transmission easier and then harder for people to self-isolate. Dozens of housing facilities are now subject to intensive testing, but this is just another twist in the Delta tail. 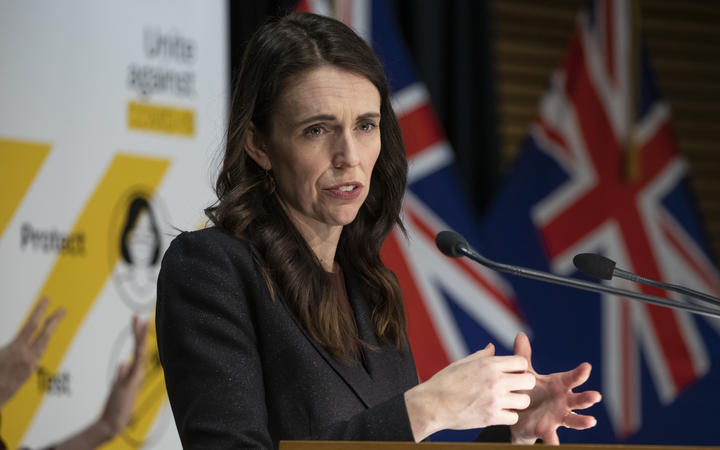 The carrot of more vaccinations leading to more freedoms has already been dangled but the government's now pushing into the territory of the hesitant, and the straight-out opposed as it strives to vaccinate 90-percent of the eligible population. While the 'Shot Bro'-style buses are being dispatched to take the vaccines to the people, the messaging is also being honed. The hard: the virus is hunting down and finding the unvaccinated among us, and the soft: 'We understand reasons like you want to wait, but we really need you to get it down now'.

Ardern has conceded the vaccine roll-out has left New Zealand, Auckland in particular, with fewer options than if rates were much higher. Having secured the necessary doses, the race is now on to smash through any resistance.

The nearly 900,000 eligible New Zealanders yet to be vaccinated are being told in pointed terms the success (or failure) of beating the virus rests on their shoulders - not only that, but the freedoms of summer beckoning a nation in much need of some sun, surf, fun and relaxation.

Ardern has also directed a veiled warning at regions lagging behind; the most up-to-date health data shows a clutch of northern regions which will be of concern: (notably) Waikato, Taranaki, Northland, Lakes District and the Bay of Plenty.

She's brandished level 3 restrictions as the possibility if vaccination rates aren't boosted: "If in the meantime, the virus moves beyond the Auckland boundary and the places that moves to have low vaccination rates, then today is an example of how we will need to respond. So please get vaccinated today if you want to avoid level 3 in your community."

Cabinet ministers will meet today and look at the latest data, including whether testing and vaccine rates in the past week are up to expectations. The signs are not good for any imminent move to level 2 for Auckland but a "road map", designed to offer some hope will be outlined by Ardern.

That could include some timeframes as long as the outbreak doesn't spiral wildly out of control, and some small tweaks to relieve some of the intense areas of pressure building in Auckland, for example some safe way of allowing some kind of outdoor activities.

None of this though is guaranteed, and the government will be stepping carefully through the coming weeks, with Australia providing real time examples of scenarios New Zealand could find itself in, if there are any stumbles.