Waikato District Health Board is ramping up testing capacity and is hoping two positive Covid cases in the region will cause a rush on vaccinations. 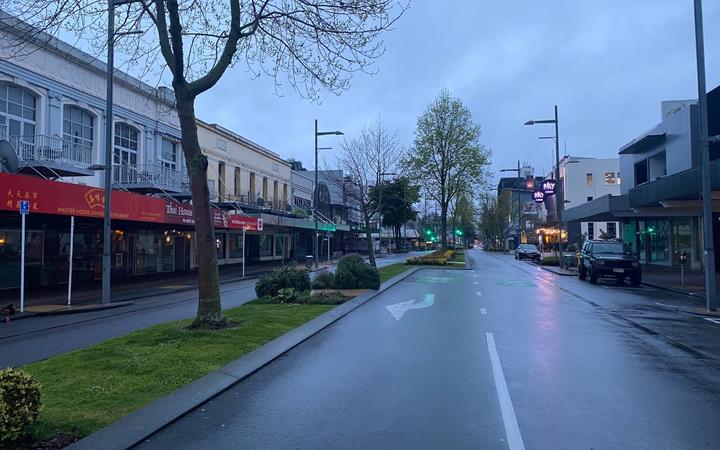 The cases in Raglan and Hamilton East yesterday prompted the government to put part of the Waikato into alert level 3 from midnight last night.

Meanwhile, with the number of routes connecting the area making a hard border impossible, locals say they're just going to have to trust people to follow the rules.

It also caused a run on testing stations that overwhelmed capacity with people being turned away from the Claudelands Events Centre by mid afternoon.

Waikato DHB lead for vaccination and testing Maree Munro said that was not ideal.

"We're never happy to turn people away, but it was unexpected of course and the response from people in our community coming out to get tested was fabulous in some ways, but we just didn't have enough resource."

Today capacity there will be doubled, with it open for 12 hours from 8am, and other pop-up testing sites will also be open around the region.

Munro said those with symptoms, who have been in a place of interest, or been contacted by health officials should come in straight away. She asks other to hang back for a day.

Munro said the scare had caused a surge of people coming in to get a vaccination which she said was brilliant.

"We feel that people in the Waikato have been a little bit slow to step up and be vaccinated.

"We really need to work hard to get up to those [goal] vaccination rates of around 90 percent that we're talking about across the country."

Seventy-one percent of Waikato's eligible population have had one dose while 42 percent are fully vaccinated - compared with the national average of 78 percent and 46 percent respectively.

Ardern said there will be spot checks only around the Hamilton boundary areas.

Acting local mayor Aksel Bech said the network of roads meant there was no way a hard border could be enforced.

He doubted locals would take kindly to sneaking down rural roads and through the border.

"I think particularly when it comes to cars, you know, with a jetski or towing a boat or something like that ... there'll be very little tolerance.

"And I really would ask the community to adhere to the health notice."

Bech said the soft border highlighted new phase in the battle against Covid with the emphasis placed on trust.

Each lockdown hammered the economy, and they couldn't go on much longer, he said.

"We have to act as a community. We have to get vaccinated. We have to understand that Covid may well rattle around for a while and we just can't be doing lockdown after lockdown - we're getting compliance fatigue."

Allan Crouch's Waikato farm is on the level 2 side of the border.

He said people in the area understood how dangerous Delta is and believed they would follow the rules.

"And I think that yes, people will stay within their bubbles.

"I know in level 4... and level 3, when we're at those stages the roads are really really empty, people are staying at home.

"So yeah, I think that people will follow their guidelines and act accordingly."

National Party leader Judith Collins said the latest outbreak could have been avoided if not for the government's border policy failures.

"If you're going to let people through those borders where's the rapid antigen testing before they go through.

Ardern said if the vaccination rate had hit 90 percent the new Waikato lockdown could have been avoided.

Waikato is due to stay in alert level 3 for five days before being reassessed.

Where to get tested in Waikato

Visit Healthpoint for a list of all testing centres or the [www.waikatodhb.health.nz/cbac Waikato DHB website]. Some GP clinics are also testing.

Locations of vaccination centres can be found on the Book My Vaccine website.