Analysis - Harsh words from National's Judith Collins as the government announces Suhayra Aden can return to New Zealand, another big vaccine delivery clears the way for the programme to ramp up but will public response become a problem? 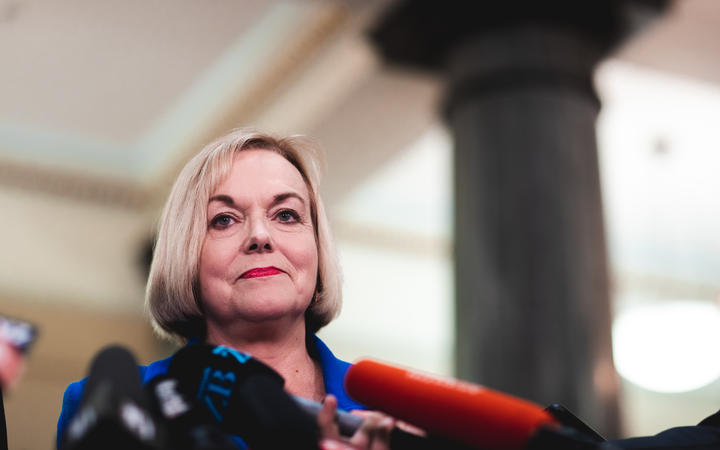 The government announced on Monday that Suhayra Aden and her two young children would be repatriated to New Zealand, setting off a debate about what would happen after the woman who left Australia to follow Islamic State arrived here.

Aden is 26, she was born in Auckland and left with her family for Australia when she was six.

She was a dual New Zealand/Australian citizen and went to Syria in 2014 on her Australian passport - according to Stuff she was then aged 19 - to follow Islamic State.

In February this year she attempted to enter Turkey illegally with her two children, and was arrested. Turkish authorities described her as a terrorist but did not lay charges.

From that point Aden became New Zealand's problem. Turkey didn't want her and Australia had withdrawn her citizenship. The New Zealand government didn't have a choice, making a person stateless is prohibited under international law.

When the announcement was made that she would be allowed to come to New Zealand, Prime Minister Jacinda Ardern gave an assurance there was a "safety plan" in place to help her and her children integrate.

Police and other government agencies had been preparing for months, Ardern said.

When Aden arrives, and she may have already done so, the 2019 Terrorism Suppression (Control Orders) Act can be invoked. It allows close monitoring and restrictions on movement, associations, and access to the internet.

For the details, read RNZ's Terrorism suppression control orders: What you need to know. 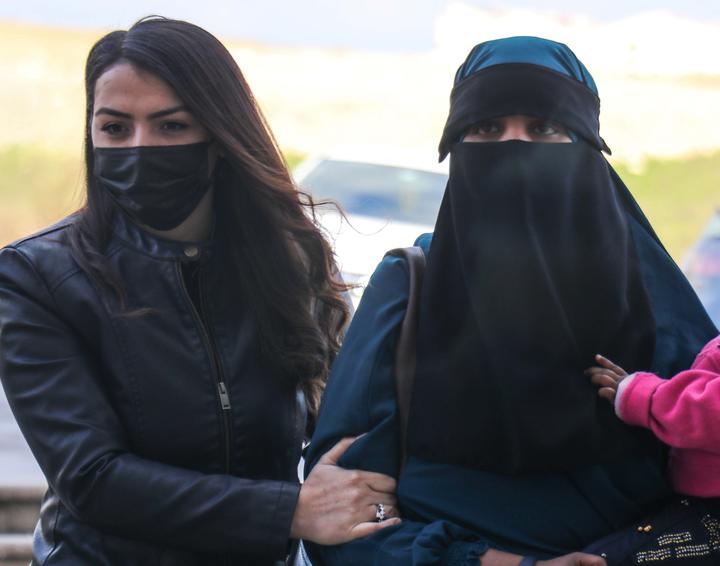 For legal and privacy reasons, little will be revealed about Aden when she is in New Zealand. The privacy of the children will be protected.

Opposition leader Judith Collins described the decision to take Aden in as "disappointing", saying on Newshub's AM Show that she was a bad mother and part of a "death cult".

"We got done over by the Australians and it's not like she had anything to do with us other than she happened to be born here," Collins said.

"This woman chose to marry three times to IS fighters… I just think we are going to rue the day that we have taken her in. I'm saying it very clearly - this person is not someone we want in New Zealand."

National's foreign affairs spokesman, Gerry Brownlee, would not say on Morning Report whether he supported the government's decision, although deputy leader Shane Reti had previously told First Up it had been the right one.

"The question is should we have had legislation similar to Australia that says if you leave the country to join a terrorist organisation, you effectively abandon your citizenship? I think the fact we don't has got us into this situation," he said.

Senior minister Andrew Little said Australia passed their law in 2016. "It's not something that the (New Zealand) government then thought they should also do, and this government doesn't think it should either," he said.

Little said he thought it would potentially set up "a very ugly, brutal race between countries to strip citizenship of people they just don't want".

Brownlee also questioned why the government was not revealing details of the arrangements put around Aden.

Intelligence analyst Paul Buchanan said that was unreasonable and Brownlee was ignoring the risk to Aden's safety.

"We have to be very clear here: No Muslim has ever committed an act of politically-motivated violence in this country, before 9/11 or after 9/11," he said.

Right-wing extremists had not only committed the Christchurch atrocity but had a history of low-level attacks against people for racist and xenophobic reasons.

"So if there is a threat in this equation, it is the threat to her and her family."

The announcement caused the controversy over the stripping of Aden's Australian citizenship to resurface. The New Zealand government was blindsided and when it became known Ardern was angry.

"The angry response and pleas for co-operation from Prime Minister Jacinda Ardern went unheeded. The promise from her Australian counterpart Scott Morrison that it won't happen again is a hollow offering."

"In short, he played her for a sucker."

Trevett said Morrison would be unrepentant about the decision to leave Aden to New Zealand "despite his show of cushioning it with almost meaningless reassurances about the future".

Aden isn't the only young Muslim woman to leave home and follow Islamic State, entranced by prospects of joining brave fighters in Syria. Others from Western countries have done so and their experiences have been reported. What they discovered was very far from what they expected, and Aden isn't likely to have been any different.

It's very unlikely any charges will be laid against her. Buchanan pointed out that she had committed no crime in New Zealand. "She left… to go to the battlefields of the Middle East as a concubine, a camp follower, not as a fighter so she has committed no crimes as far as anyone knows, in Syria or in Turkey." 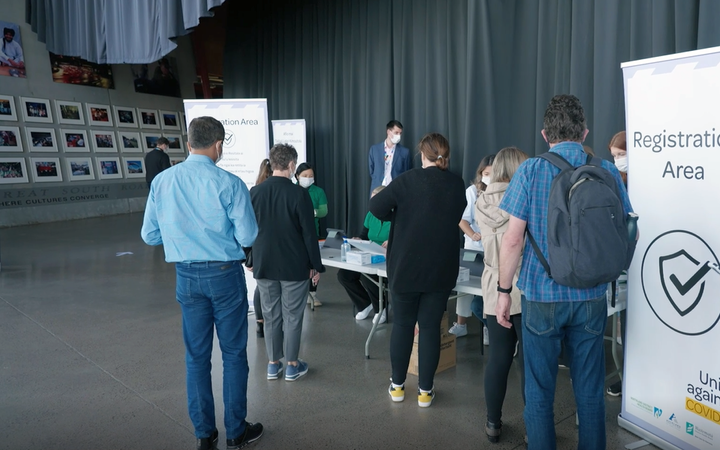 The government had some positive news to announce on Wednesday when it said the first segment of the 2 million people in group 4 were now able to book for their vaccinations.

The announcement also said another 350,000 doses arrived on Tuesday.

To date, 1.7m first doses had been administered and 699,479 people had received their second dose.

About 1.5m doses are expected in August, and so far the arrival schedules have been reliable.

What that means is that supply is no longer a constraint. The government can't say delays are outside its control. Now it's local organisation and the ability to get the vaccine into people's arms that's going to be tested.

Director-General of Health Dr Ashley Bloomfield has previously said other countries have found that vaccinating about 60 percent of their populations went fairly smoothly but then hit a plateau. He thought New Zealand could do better than that, but recent events have shown it's not a sure thing.

The first attempt at mass vaccinations starts in Manukau today and will continue over the weekend. The aim is to vaccinate more than 15,000 people over three days, and getting them there wasn't easy. It could be a sign of things to come.

The first 15,000 booking offers received only 3000 responses and health officials had to scramble to get the rest. Invitations were widened to 82,000 and they still didn't get enough bookings. They eventually sent out 140,000 invitations before they reached the number they needed.

It is a trial, and it was aimed at Māori and Pacific people. DHBs are trying to figure out why the initial response was so poor.

South Auckland GP Dr Api Talemaitoga said it was a great initiative but lacked Māori and Pasifika input. He thought the event was seen as boring.

Community leader Efeso Collins said the communication plan had been "an absolute disaster".

Whether the struggle to get group 4 people into clinics will extend to the general population remains to be seen. The government will be hoping it doesn't.

Other countries striving to get people vaccinated have resorted to offering prizes, rewarding people who turn up.

US President Joe Biden has launched a campaign, telling the country "this is a pandemic of the unvaccinated".

It seems bizarre that a significant section of the population needs to be encouraged to be vaccinated against a deadly virus, but it is happening elsewhere. Some people refuse to be vaccinated, others are hesitant, and some simply can't be bothered.

New Zealand might not turn out to be all that different.