Three New Zealand citizens have tried to enter Turkey illegally from Syria, according to the Turkish Ministry of National Defence. 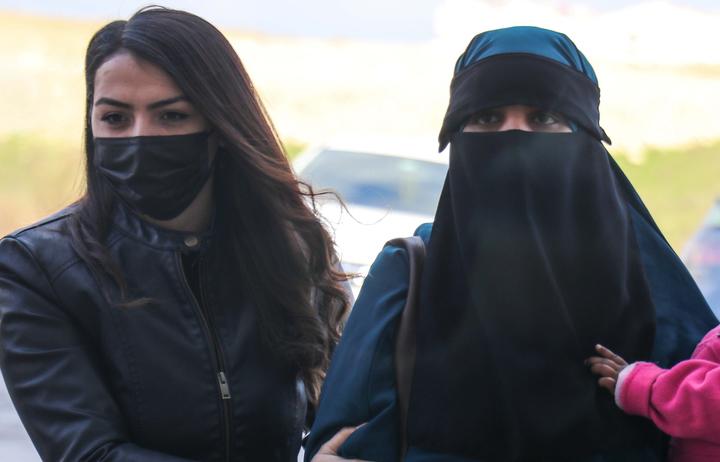 In a post on Twitter, the ministry said one of the three, a 26-year-old woman named by the initials S. A., was identified as a terrorist belonging to Islamic State.

Turkey's Anadolu news agency reported the woman was with two children and had been taken to court in the town of Hatay under security measures.

The Turkish Ministry of National Defence said the 26-year-old was wanted through an Interpol blue notice - an international request for countries to share information regarding her identity, location, and activities in relation to a crime.

New Zealand's Ministry of Foreign Affairs and Trade said it was aware of the information.

Waikato University international law expert Al Gillespie said thousands of Westerners went to the region from 2014 to fight, and many were still in the region in refugee camps or had tried to make their way home.

"We don't really know the numbers that were over there of Kiwi nationality, but these ones have turned up and now we have to decide what to do next," he told Morning Report.

"The fighters is one thing, but the brides and the children is another, and this decision over whether you help bring people back has split most western countries.

"Some will have nothing to do with anyone who went to fight in the conflict. Other countries have said we'll look at this on a case by case basis and we'll help bring back the women and the children because they weren't at the forefront of the conflict."

Gillespie said an Interpol blue notice asking for information relating to a possible crime infers a person is a terrorist, but does not mean they are.

All New Zealanders have a right to come back to the country but that did not mean the country had to facilitate their return or pay for them to come home, he said.

"The problem is more complicated because New Zealand is a very difficult county to get into full stop right now, so trying to argue that anyone should be advanced through that waiting list is a no gamer." 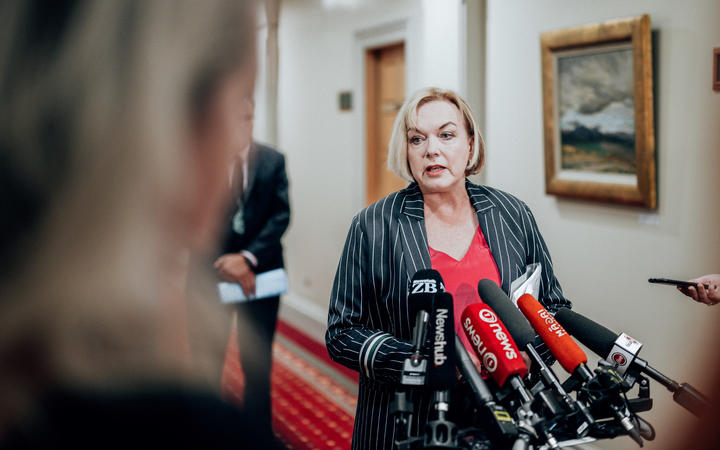 National Party leader Judith Collins doubted there would be much support for assisting the woman to get to New Zealand. Photo: RNZ / Dom Thomas

National Party leader Judith Collins said she believed New Zealanders would not be rushing to support the New Zealand woman.

"Most New Zealanders, like me, would consider such a person not someone we would assist to get back to New Zealand, other than actually meeting the obligations that the government has to.

Blocking New Zealanders with links to terrorist organisations was "hard to do" because if people had citizenship "they have the right to come here", Collins said.

"There are some times whether citzenship can be removed is something the government should think about."

She said she had not been briefed by the prime minister, which made it hard for her to comment in any detail, she said.

She would expect to have been briefed when there were "national security implications", she said.

Questions about possible diplomatic support or even repatriation were more difficult with children involved, she said.

"It's one of the issues - it's a very hard situation and that's why it's hard to comment when the government hasn't briefed me on it."

National MP Gerry Brownlee, who held both the Foreign Affairs and Defence portfolios when National was in government, does not know the identity of the woman but said there had been a watch list in New Zealand for some years for people "who had exhibited a sympathy towards ISIS and have expressed some intention to support their particular mission".

"There are others who we know have travelled to the Middle East who did join ISIS and if this person turns out to be one of those they will face the full weight of the Turkish justice system."

The government is declining to comment until later this afternoon, other than the short statement by MFAT.

At the time, SIS said it could not rule out that up to 12 New Zealand women, who had gone to Islamic State-controlled areas in Syria and Iraq in the 12 months to the end of 2015, were travelling to become wives of fighters.

Then prime minister John Key told reporters he was aware of some cases.

"There's certainly a few women that have left, engaged in these weddings effectively at the very last minute, and gone to Syria, and all of those factors would point to the fact that they're going as jihadist brides," he said.