The National Party says the government should share any information its intelligence agencies have on the treatment of Uyghur people in China. 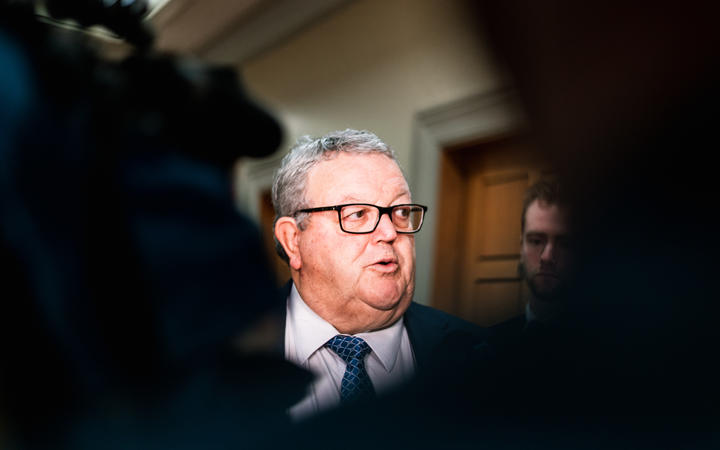 Labour MP Louisa Wall broke ranks earlier this week when she went on record to say her own government needs to do more to counter what she calls the slave labour trade in China.

Yesterday, she doubled down; saying the government must take a stronger stance on the Chinese Communist Party's treatment of Uyghur and Falun Gong people.

"I think we're not where we should be based on us being a democratic country. We should be absolutely appalled and, obviously because I'm the IPAC co-chair, I'm using the platform and privilege I have to speak out."

China has come under increasing pressure over its treatment of Uyghurs, which New Zealand's partners in the US, UK, Australia, Canada and Japan have condemned.

Wall is co-chair of the Inter-Parliamentary Alliance on China, a global network of politicians monitoring the actions of the Chinese Communist Party.

She claims China is harvesting organs from political prisoners among the Uyghur and Falun Gong to service a global market of people wants hearts, lungs, eyes and skin.

National's foreign affairs spokesperson Gerry Brownlee said New Zealand's intelligence agencies will have their own information about what's going on in Xinjiang, and the government should share it.

"So, if that information exists, the government should make a decision about what the New Zealand people are told. If it doesn't exist they should say it doesn't exist."

But Brownlee, who has held the foreign affairs portfolio as a minister, says any argument Uyghurs present a serious terrorist threat in China seems disproportionate to reports of serious human rights abuses.

He said New Zealanders deserve to know more, and the government should share any intelligence it has.

"Well let me say with a high degree of irony that this is apparently the most transparent government that New Zealand's had so they should know exactly how they should approach this. They can't continue to the concerns that many New Zealanders have about some of the horror stories that are coming out of Xinjiang and the treatment of the Uyghur people by the Chinese government."

Prime Minister Jacinda Ardern distanced herself from Wall's comments earlier this week, saying Wall was speaking as a member of the IPU rather than a member of the government.

"Obviously we speak as ministers and as representatives of the government. That doesn't curtail any member who's part of the IPU from speaking with that hat on as well."

But Brownlee said these two hats can't be separated, given Wall is in her position on the Inter-Parliamentary Alliance on China as a Labour MP.

"It's an odd situation isn't it. I would have thought that the somewhat legionary discipline of the Ardern government would make you think that there is a degree of approval for Louisa making those statements."

Brownlee said his Autonomous Sanctions Bill, drawn from the ballot last week, would give any New Zealand government the power to impose sanctions on individuals, entities or regimes it identifies as oppressing others.

"While it may not have an immediate effect ... it is sending an incredibly strong message that while we recognise that the United Nations system is somewhat hamstrung by the veto powers on the Security Council, we nonetheless can make a strong, legally-based statement about what we disapprove of."