Tourism and hospitality operators have let out for a cry for help as the trans-Tasman bubble pause dashes hopes of a winter visitor influx. 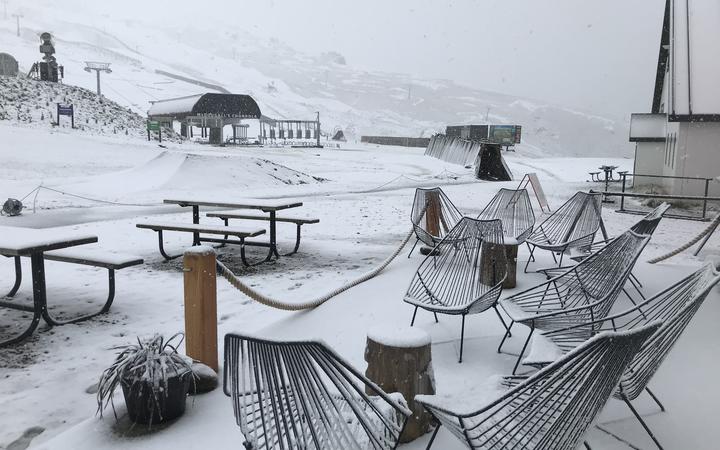 Quarantine-free travel was halted until at least midnight on Tuesday due to the escalating number of Covid-19 cases across Australia.

The decision coincides with the start of Australia's school holidays and New Zealand's ski season.

"Obviously we expected there could be some stops and starts to this, but to have it at the start of the school holidays is a really hard one."

Legnavsky said the resort was fully staffed and prepared for full capacity, but expected to lose almost a third of its visitors if the border stayed closed.

She said the longer the pause continued, the harder it would be to keep on staff without any government assistance.

"I would hope there is consideration [from ministers] to the situation we're in down here."

NZ Ski chief executive Paul Anderson told Morning Report he was "gutted to see the pause in travel" with Australia.

"For the next couple of weeks, we'll have less hours available [for staff], but for the New Zealand school holidays we still expect to be busy."

He said they were expecting anywhere between 4000 - 6000 of Australian visitors a day to the mountains over the two-week school holiday period.

"I haven't crunched the numbers but it is significant. The Australians make up a good 30-40 percent of our revenue in a normal season. We got through last, we were down through about 40 percent on revenue last year."

He said he was grateful for the strong domestic base of visitors, and has his fingers crossed for the Australian situation to improve.

Queenstown Chamber of Commerce chief executive Ruth Stokes said there was at least about 40 percent of cancellations over the next 10 days to two weeks.

"Our businesses had scaled up in anticipation of the forward demand ... we will have businesses carrying much higher base operating costs than say we had last year when we were solely domestic.

"But the bright side is there will be plenty opportunities for domestic tourists who were a bit reticent about coming down for our school holidays, thinking we'd be [overwhelmed] with Australians."

She said in the last alert level changes, they could access the Resurgence Support Payment if they could show those measures were having an impact on their business.

Queenstown apartment operator Nik Kiddle said his business had had 40 cancellations since the initial halt on quarantine-free travel from New South Wales.

Kiddle - who heads a local hotelier group - said his experience was not a unique one.

"From a business management point of view, it's becoming extremely difficult to operate.

"We don't have any form of government support any more. We've been drawing down on savings for more than a year.

"It is becoming increasingly difficult to see how we're going to be able to survive over the next three or four quarters."

Kiddle said he would like to see the government adopt similar tourism support packages to those in Australia - including spending vouchers for the public.

But he said he expected some of those people to rebook later in the year.

"We'll survive this. My major concern is for the guys that we partner with - the smaller businesses - whether they can withstand another bang like this." 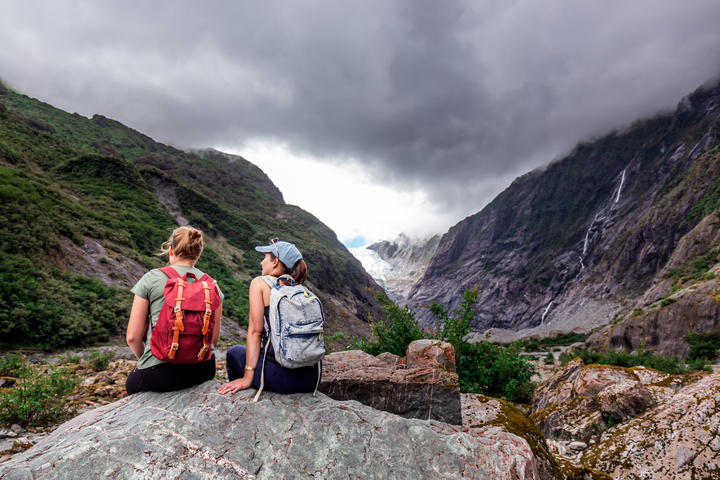 Australian tourists make up about half of the business for Franz Josef Wilderness Tours (file picture). Photo: ruslankphoto.com / 123RF

Franz Josef Wilderness Tours director Dale Burrows said he was not surprised by the bubble decision, but that did not make it hurt any less.

He said Australian visitors made up about half of his business.

"It has been pretty tough," Burrows said. "It's going to have a massive impact if it was to extend."

Despite that, Burrows said he was not super comfortable asking for more help.

He said he and his team could always fall back on the government's Jobs for Nature programme, as they had in the past.

"If things were to go on, it's not going to be ideal, but we'll survive. And we'll have work for our staff."

Hospitality New Zealand chief executive Julie White said the bubble pause was "a kick in the guts" for tourism operators.

"We appreciate we need to manage the health risk, however, this comes at a cost.

"Events like this are killing hospitality and tourist businesses. For some, it's ruin by a thousand cuts."