How the death of a student changed the law

MPs have debated the findings of an inquiry into student accommodation prompted by the death of a student in 2019. Here’s how they changed the law. 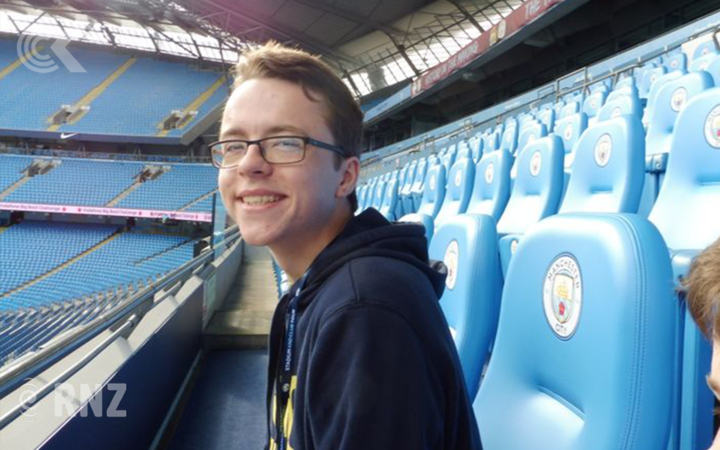 In September of 2019 media reported a student’s body lay undiscovered for weeks in a university hall of residence.

Nineteen-year-old Mason Pendrous’ body was discovered at the University of Canterbury Halls of residence after his stepfather Anthony Holland raised concerns following weeks of silence.

Mr Holland had last spoken with his stepson in July and put the lack of contact down to a busy student lifestyle until he discovered Mason’s phone had been disconnected. He contacted friends of Mason who alerted campus security.

The exact length of time his body lay undiscovered isn’t known but is believed to be between two and four weeks.

Mr Holland said Sonoda Hall marketed pastoral care as one of its services but neither the university or Campus Living Villages was able to tell him when any of its staff last saw or spoke to Mason.

Minister of Education Chris Hipkins called for the university to conduct an investigation, which they did, and the minister said legislative change would be introduced. 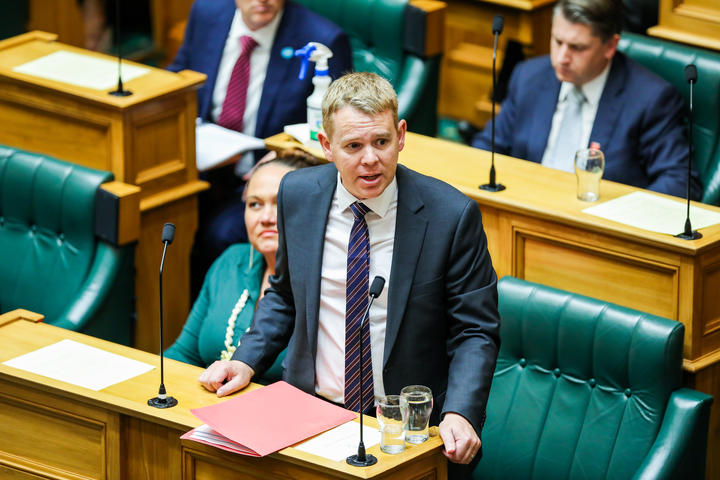 In October 2019 the Education Pastoral Care Amendment Bill was introduced by Hipkins.

The bill introduced an interim code of practice for the pastoral care of domestic tertiary students promoting health, wellbeing, and emotional support for students.

Hipkins said the bill’s debate origins lie in 2005 where “the universities, in particular, mounted a case that halls of residence and hostels operated by tertiary education providers should be excluded from the Residential Tenancies Act.”

A commitment was made to adopt a voluntary code of practice, said Hipkins at the bill’s first reading debate.

“Not all tertiary providers offering student accommodation signed up to it. And over the 15 or so years that have elapsed since then, the code has, effectively, fallen into abeyance.

“Some of the monitoring regimes that existed around the code were, effectively, scrapped in cost-cutting measures, and we've seen in that time significant contracting out of the provision of student accommodation to third-party providers.”

Hipkins said it was clear that a more consistent regime was needed to regulate pastoral care of students living in halls of residence.

The interim code of practice has ten outcomes including requirements that tertiary providers:

Also introduced through this bill is a fine for providers who fail to meet these standards.

“It sets out arrangements relating to the administration, monitoring, compliance, and enforcement of the code; offences; penalties; and dispute resolution,” Hipkins said.

“New offences for providers responsible for serious harm, or the death of students, and pecuniary penalties for serious breaches of the code with a liability in each case, up to a maximum of $100,000 are set out in the bill.”

Following the news of Mason’s death, Hipkins asked the Tertiary Education Commission to ask tertiary education institutions providing student accommodation to conduct welfare checks on their students. He also asked for a check on the pastoral care arrangements those institutions had.

“I want to be clear here that there are some gold standard examples of providers who have in place very robust mechanisms both to check on the welfare of the students who are living in the halls of residence and to escalate and deal with any concerns or issues should they arise. Others, I am not so convinced that those systems are in place,” he said.

The bill was supported through all its stages by all parties in that Parliament and the Education (Pastoral Care) Amendment Act 2019 was created in December 2019. 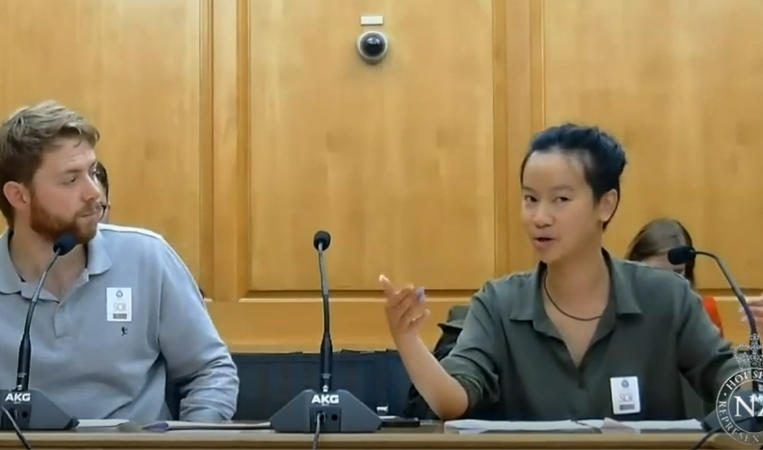 To help create the permanent code of practice a parliamentary inquiry into student accommodation was launched.

In July 2020 the Education and Workforce Committee called for the public to submit its views on the inquiry with the aim of learning more about students’ experiences so it could recommend ways to improve the system.

The committee received 148 submissions from individuals and organisations.

Select committees are groups of MPs from different parties and the 2020 general election meant a change  in its members as well as a re-adoption of the inquiry under the 53rd Parliament.

The current select committee heard submissions from 30 people in person on a range of issues like training and support for residential assistants (RAs), an inability for students to dispute accommodation problems, and including students’ voices in decision making processes.

On May 13 2021 the committee published its report with its findings and some recommendations for improving student accommodation.

These included suggestions to improve some of the outcomes in the interim code of practice like increasing the amount of student voice in providers' decision making, and strengthening the disputes process across tertiary providers, NZQA and the proposed dispute resolution scheme.

‘A young man that changed the law’ - debating the inquiry 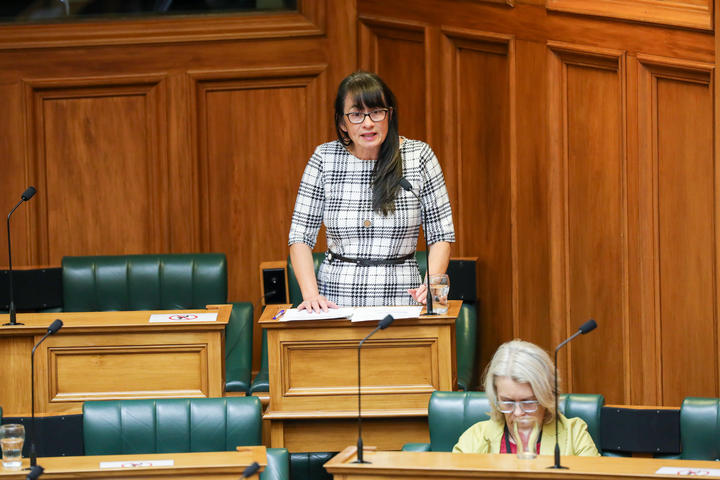 Labour MP Marja Lubeck speaks on a debate into student accommodation as chair of the Education and Workforce Committee which led the inquiry Photo: VNP / Daniela Maoate-Cox

On Thursday in the House an hour was set aside for a special debate on the committee’s report and there was consensus amongst MPs that it was tragic it took the death of a student to instigate legislative change.

Swarbrick said the inquiry revealed some of the issues students faced were more complex than first appeared.

“In March 2020 the global pandemic reached our shores. In our country's first Covid lockdown, my inbox—and I'm sure those of my colleagues in this chamber—were flooded with tertiary and polytech students who'd had conflicting advice about whether to stay or to go,” she said.

Students were being charged for rooms they weren’t using and while some received rebates Swarbrick said the more she investigated the issue the more complicated it became.

“The more that I dug into these issues for students, the more roadblocks I found and the more complex I found this area of student accommodation was.” 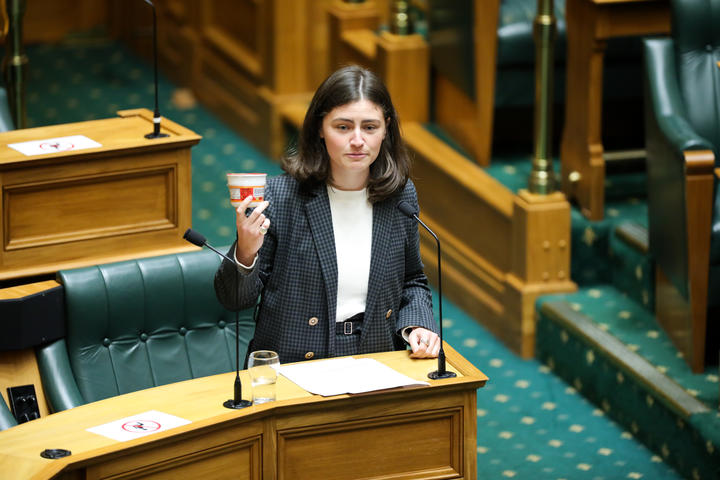 Green MP Chloe Swarbrick holds up a cup of instant noodles as an example of what students can afford to eat once they've paid for living costs Photo: VNP / Daniela Maoate-Cox

“In fact, it felt, or turned out, that the rules were set up to exclude them from access to the rights that are enjoyed by other residential tenants—those are renters—and financial compensation for wrongdoing, access to the Tenancy Tribunal, and, in fact, also to enable certain suspect developers to market student units to investors with an effective guaranteed return on that investment because of explicit long-term contracts with certain providers, despite having no meaningful obligations in the alternative.”

The chair of the Education and Workforce Committee, Labour MP Marja Lubeck, outlined the intent of the inquiry.

“The terms of reference for the inquiry, while we centred them around the student experience, were kept broad to allow the committee to investigate the range of issues and concerns raised through submissions, but also as a means of starting a dialogue between all the parties and how we could raise the standard of student accommodation in New Zealand.”

“We heard concerns around the transparency and accountability of the governance structures present within student accommodation,” she said.

“Submitters told us that finding this information can be difficult and that can then lead to a lack of understanding around who is responsible for what particular decision making."

The issue of dispute resolutions was the second theme in the committee’s findings, said Lubeck.

“We heard from students and student associations that more needed to be done to support students through the process and that some students had an apprehension about raising an issue as they felt they could potentially risk losing their home.”

“I think we would be kidding ourselves if we didn't put on record that some of these challenges have existed in student accommodation for quite some time, and it's the challenge of consistency that I think the inquiry has been able to examine,” she said.

“One of the things that I think every student would expect when they embark on their tertiary education is that if they choose to live in student accommodation, that experience supports, enables, and enhances their learning and their life.”

The debate's purpose was to allow MPs to put on record their views on the findings and to ask the House of Representatives to 'take note' of the report.

The full speeches can be read here.