The National Party has again butted heads with Parliament's Speaker Trevor Mallard - with expletives flying across the debating chamber. 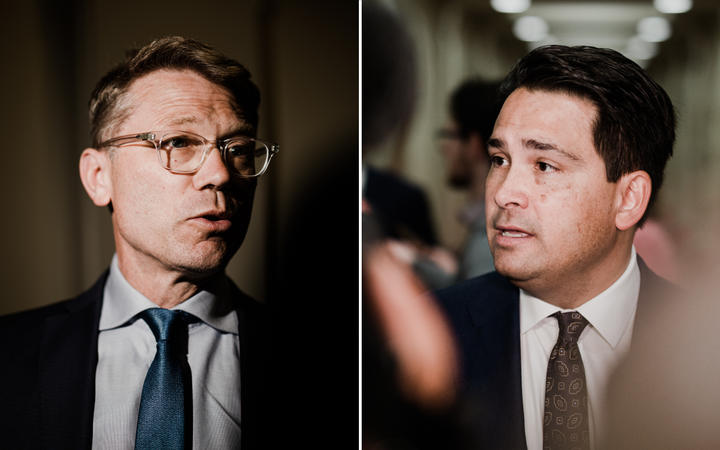 The shenanigans reflect the rocky relationship - with National trying, and failing, to declare no-confidence in Mallard this afternoon.

It started with National Party MP Paul Goldsmith being given a dressing down for failing to sit down as Mallard rose.

"I was looking the other way, how can I have seen?" Goldsmith rebutted.

"I don't think anyone for a long time has accused me of having a quiet voice. As I stood up the member looked away, I consider that deliberate and if he didn't hear me that's his problem," Mallard said.

"I'd like to know how I'm supposed to judge whether you've stood up when I'm looking the other way," Goldsmith questioned.

"By using your ears," Mallard remarked.

After being prevented from asking a supplementary question, it was the final straw for Goldsmith who spun on his heels and stormed out the chamber - shouting "waste of time" as he went.

But it quickly became a problem for the House as a whole, with Simon Bridges leaving in solidarity.

On his departure, he shouted "twat".

The language is far from Parliamentary. MPs have been censured for less.

But fortunately for the former National Party leader, it seems Mallard, in this case, was the one hard of hearing.

"I didn't hear it, it wasn't drawn to my attention, and therefore the time has passed," he said.

National Party's Chris Bishop raised a point of order, asking why Goldsmith was not allowed to ask another question.

"Because I ruled that he would not have one after he took a point of order, which he knew was out of order," Mallard responded.

National did try, for the second time this year, to declare a motion of no-confidence in the Speaker.

Again the bid was shot down.

"I don't react to Mr Bridges, Mr Bennett, Mr Brownlee, or Mr Bishop or any of the things they've done recently in the House," Mallard said.

It's the second time Bridges' choice of words has gotten him in trouble recently.

Last week and yesterday, he called the Police Commissioner a wokester and criticised his area of focus, saying he had put "policing by consent" ahead of catching criminals.

However, the comments did not fly with his leader Judith Collins. She said it was not the party's position, and criticism should be directed at ministers, not police.

"I think it is really important the National Party does not condone attacks on our senior police officers or actually on any public service as such."

She said she raised the matter with Bridges and the wider caucus.