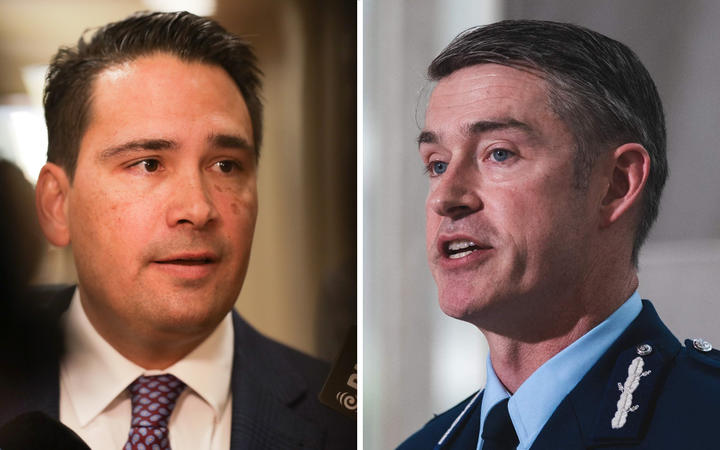 Last week, Bridges called the commissioner a "wokester" in response to a police operation targeting guns held by organised crime groups and gangs.

Today, he said there had been multiple occasions where the commissioner had put being nice and "policing by consent" ahead of catching criminals.

"The reality is when you got through their [police's] annual report, if you go through their documents, what you see right from the top, an agency or police force that is much less about arrest, much less about catching gangs and criminals, despite huge problems in our society at the moment and much more about being hip and doing things to impress a bunch of other wokesters," he said.

He said he was looking forward to Coster being in front of the Justice Select Committee later this week.

Bridges said that Coster was out of step with New Zealanders and was acting outside of his role.

However, Prime Minister Jacinda Ardern pushed back against Bridges' criticism.

Ardern said both Labour and National had always acknowledged the operational independence of police, and today's comments were a strange departure from that stance.

"To have a personal attack on a commissioner in that way is a bit of a departure from that convention, but also unwarranted," Ardern said.

"I don't know what the commissioner has done to be a target by the opposition in that way, I think it is unfair frankly."

In a statement, police said neither they nor the commissioner had comment on the matter.