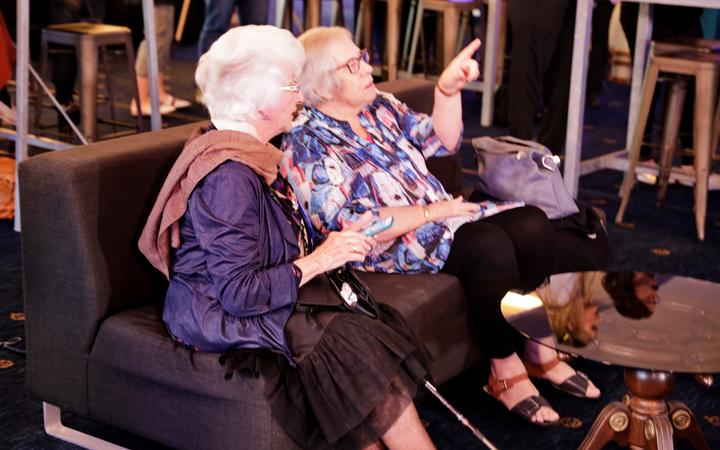 Mitchell, who with more than 80 percent of the electorate vote counted is 7000 ahead of his closest contender, said he would not apportion any blame for the party's disastrous general election results.

However, getting rid of Bridges in favour of Todd Muller had been destabilising.

"... I didn't agree with everything with Simon and we had chats about that but ... the thing was coming into Covid, there was a huge change.

"The polls then were showing that we were back in government. I'm not laying all the blame at the feet of the coup but it certainly helped destabilise us, that's for sure."

He said he wasn't sure having Bridges as leader would have meant a different result, however.

"It would have been tough for anyone and so I'm not laying any blame for anything at Judith's [Collins] feet. And any leadership decisions for the future are for the caucus."

He said Collins' caucus gave her "a fair crack" but Covid-19 had created uncertainty in people's lives and they didnt' want too much change.

Deputy leader Gerry Brownlee, who is looking likley to lose the seat of Ilam in Christchurch he has held since 1996, had his focus split by being the party's campaign manager, Mitchell said.

He added that National's MPs must look to get back on the job straight away for the good of the country.

National's faithful began trickling into its election night party at Auckland's Royal Squadron Yacht Club in Westhaven from around 7pm.

It's a considerably smaller location than Shed 10, which was originally meant to host the party's celebrations, with less than half the capacity.

Earlier in the night, party president Peter Goodfellow acknowledged the party was unlikely to be able to form the next government, based on the vote count so far.

Goodfellow says the Covid-19 pandemic severely limited the party's ability to campaign and changed the landscape of the election.

He said Judith Collins could still remain leader even if the party's share of the vote is in the 20s.

"It's a tough night for National and for our supporters.

"Clearly Covid has had an impact on the election and the whole election year. And we haven't helped ourselves."

He said Collins had done a great job in very difficult circumstances.

"We will obviously all have to reflect on this result...and take stock.

"It's a dramatic night, and there's no way to sugarcoat it.

"It's looking like it's going to be a tough night for many of our MPs....a number of my colleagues won't be coming back.

"Politics is a tough business, and voters have their say."

Former National Party leader Simon Bridges says it is a grim night for the party and the party is on course for one of its worst results since 2002.

Bridges would not be drawn when asked if he thought he could have delivered a better result if he had not been rolled earlier this year.