The minor parties have crammed their diaries today to try and snag any remaining undecided voters. 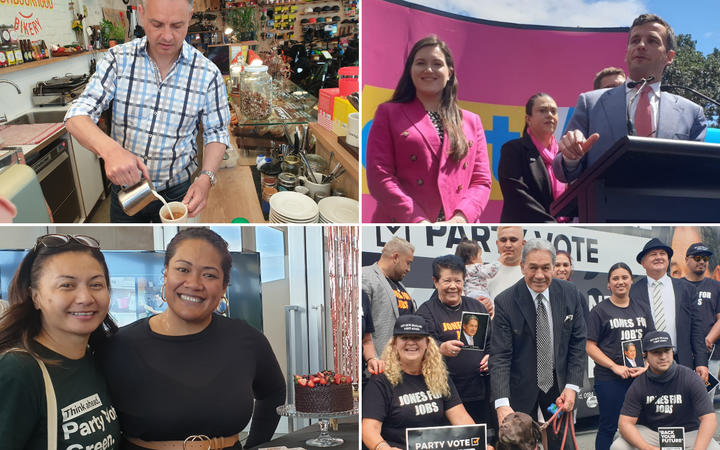 There were ferry rides, fighting words, coffee-making and even tears in the final hours of the campaign.

ACT Party leader David Seymour was sailing into polling day with confidence, speaking to supporters on the ferry from Devonport.

"Could you have imagined back then we would be on eight percent in the polls right now," he could be heard saying to one supporter.

Seymour is obviously happy with last night's poll results, but he wasn't taking anything for granted, he urged everyone at his final rally in the viaduct to send their party vote his way. 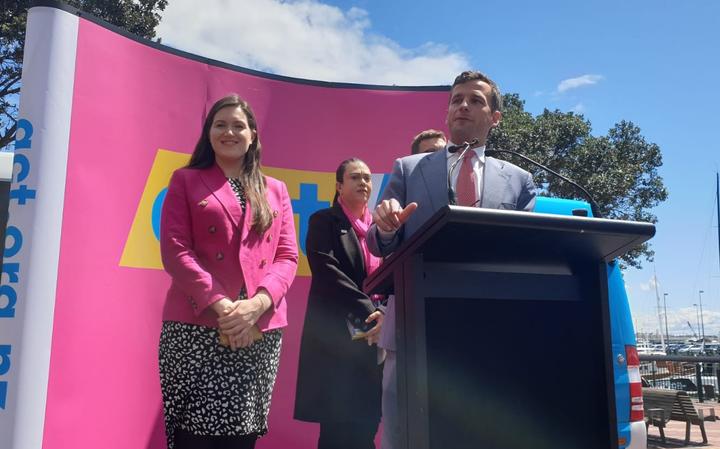 "You may be someone who says I bleed blue, my appeal to you is give us your party vote and I suspect in three years time, having bled this time you'll want us to keep it," he said.

In the crowd was a voter who has decided to jump ship from National.

"I've voted for National for the last 40 years, but poor National has been in disarray, I think they will get it together, but it will take time and I think David will be good to them," she said.

One the other side of the coin is NZ First's Winston Peters, where the polls have not been kind.

The leader held an outdoor meeting in Whangārei on the final day of his marathon bus tour across the country. 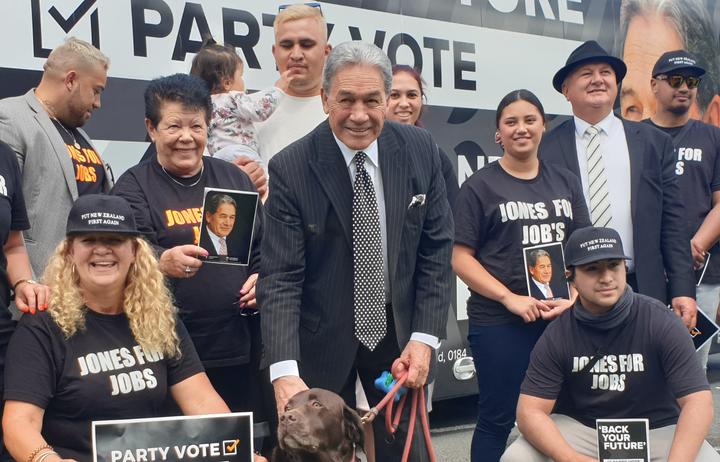 Peter will cast his vote tomorrow and said he would be fighting to win over voters right up until the final minute.

"You don't win the game in the changing shed afterwards, you win it on the field and we are going to leave it all on the field," he said.

He was well received on what could be his final day of campaigning ever, but Peter was still confident his party will see a surge in the polls.

Meanwhile, Green Party co-leader James Shaw has been in his electorate at various cafes including Bicycle Junction. 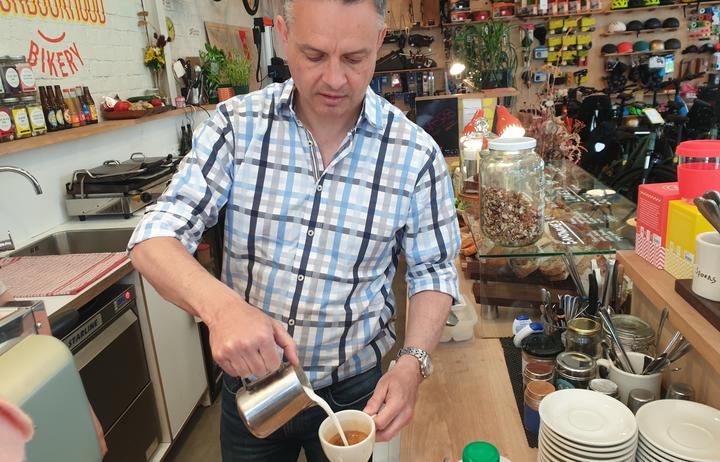 He decided to put his prior barista experience to the test, even trying his hand at coffee art.

And Marama Davidson spent an emotional morning in Mount Roskill. 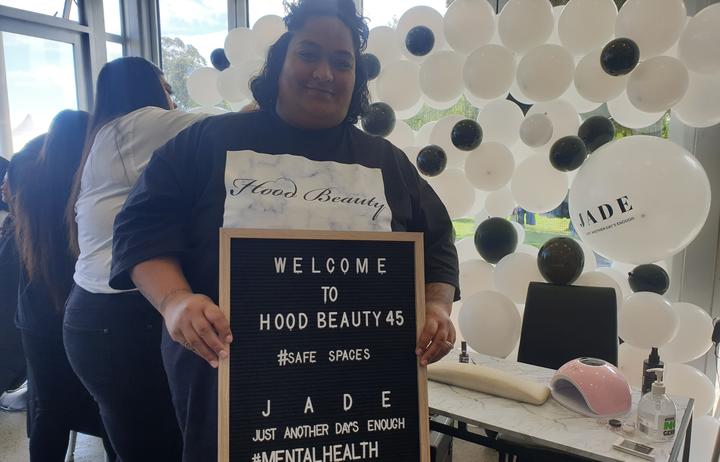 She listened to the stories of local businesses like Ashley's, a cake making business of mother of four Tuli Vaivai-Ainea, and Hood Beauty, established by Stephanie Kamoto-Vakauta Gordon in memory of her cousin Jade who committed suicide.

Davidson gave a speech to the business owners, at times getting choked up and tearful.

"I know it has been a long campaign and I know I am exhausted, but I've been finding it really hard not to cry all morning when everything you are all doing is the solution to healing our world," she said. 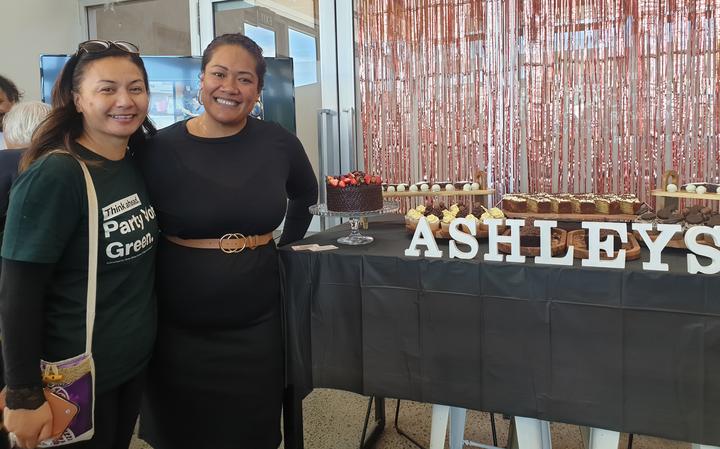 She then crossed paths with Labour's Jacinda Ardern at Southmall in Manurewa.

While Ardern was swarmed by crowds of people, Davidson was looking for a bit of downtime at her local hairdressers.

But that didn't last long, as she sat in the salon chair she whipped out her laptop, to make the most of the precious remaining hours of the campaign. 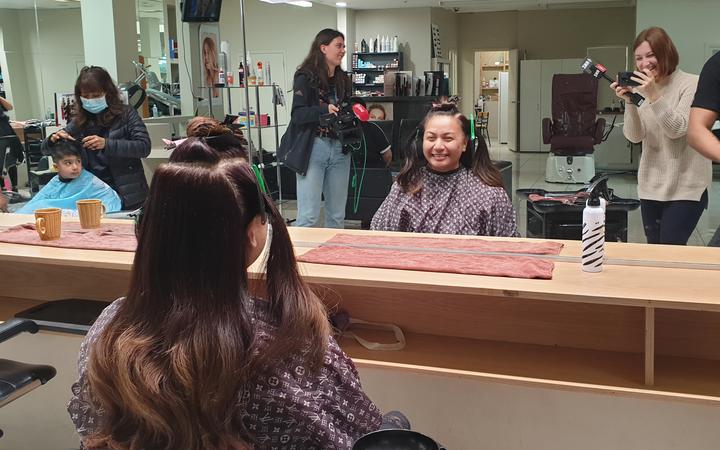 Media accompanied Green Party co-leader Marama Davidson on her trip to the local hairdresser after a day of campaigning on 16 October, 2020. Photo: RNZ / Charlie Dreaver