Power Play - There was a tense and almost angry edge to the latest head-to-head debate, where Jacinda Ardern and Judith Collins took to the stage in Christchurch in front of a live audience. 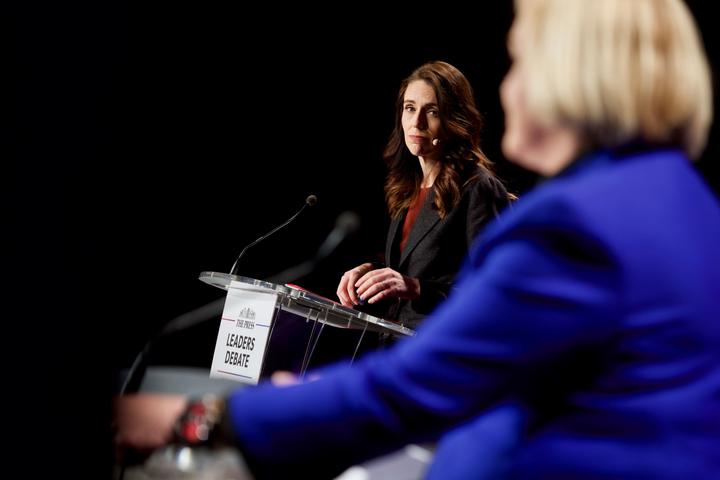 It's the third leaders' debate and this protracted election campaign may well be starting to take its toll. Each debate we've seen the interactions between the two become steelier, more combative and any shared moments of humour or agreement dwindle.

Once again climate change and agriculture, their respective economic plans and managing Covid prompted the most heated exchanges; the first outburst came out of the blue while the Ardern was answering a question about what she would have done differently in the Covid response with the benefit of hindsight.

Collins' Samoan husband and her "Talofa" greeting generated a fair amount of feedback in the first debate and it was mention of Samoa's record on Covid that provoked an angry retort with the National leader telling Ardern "not to disrespect Samoa". She had not, insisted Ardern, and couldn't figure out why Collins had reacted so strongly. Afterwards Collins said she felt "possessive" of the Pacific nation and felt it had been disrespected when Samoa has done so well managing Covid. 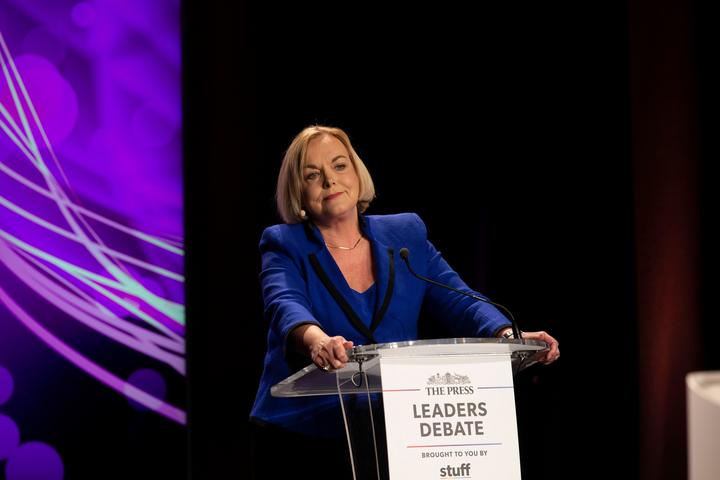 The audience was clearly favourable to Ardern and Collins got the only boo of the night. Photo: Pool / Stuff

Ardern had the edge in this debate but that was largely due to the audience which was clearly favourable towards her; she had the line "What will be cut??" to shoot off at Collins as they went back and forth over their economic plans, perhaps hoping to recreate John Key's defining moment in the same debate in 2011 against Labour's Phil Goff with the now infamous "Show me the money".

Once again Ardern drew attention to Labour's record on Covid, her main pitch at every debate, now talking about New Zealand's "economic head start", with a new warning a "change in course" risks instability. Collins talked often about having a plan, unlike Labour and its "pamphlet", and emphasising policies that would give New Zealanders "choice", including how they'd spend National's proffered tax cuts.

There was very little personal interaction between the two, and both tried to dominate. At one point Ardern declared a "unity moment" when they agreed there should be fluoride in the water which vanished as quickly as it arose. Collins got the only big boo of the night from the 700-strong audience when the debate touched on one item of consensus around extending the parliamentary term to four years with Collins interjecting Labour wouldn't talk to them about fluoridation last term so why would they talk about a four-year term. 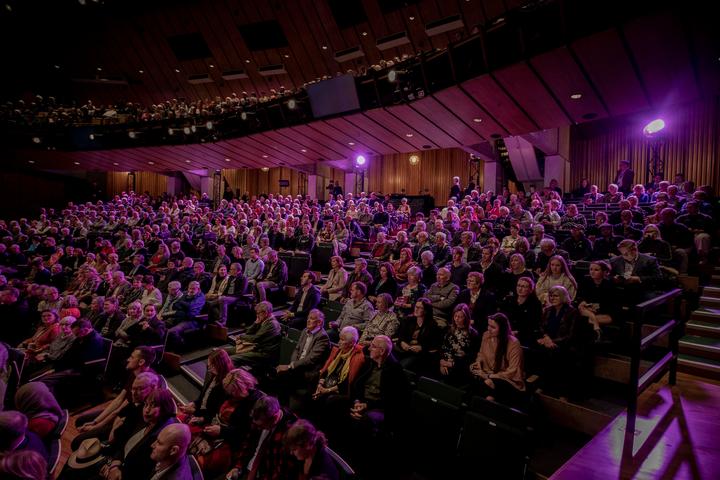 National MP and former Earthquake Recovery Minister Gerry Brownlee was the third, unofficial participant, enthusiastically putting in his two cents worth from the audience. Collins opened with a joke about his relationship with The Press newspaper, which is well known to be terrible; a questionable opening gambit to get the Cantabrian crowd onside.

Throughout the debate Collins kept trying to use him to enamour herself to the audience, Ardern also using him to do the opposite.

Collins has had a difficult 24 hours, batting off questions about caucus unity and leaks from her own MPs. To call it out directly would clash with Ardern's "kind" brand of politics but she dropped in a couple of digs along the way. On Covid she said the government had copped a lot of criticism from National each step of the way but "every leader we've had from National has had a different position and it's been wrong".

Ardern once again came under pressure for refusing to state her position on the cannabis referendum, and now specific questions about how she voted when she cast her ballot on Saturday.

There was a quick-fire round with a difference; price checks on items like milk, lamb, The Press newspaper and a monthly Netflix subscription, with patchy results for both leaders. Then a "unity" moment with Collins at the very end of play, explaining to reporters in the after match stand-ups they've both been on the road "almost every day and every night".

"We hardly ever get home. I'd say that Miss Ardern and I probably haven't been doing the shopping lately."

And on the road they go again today, with about a week and a half left to go before election day.