It might be a Sunday, but with less than three weeks until the election, the campaign trail is still in full swing with politicians out and about across the country. 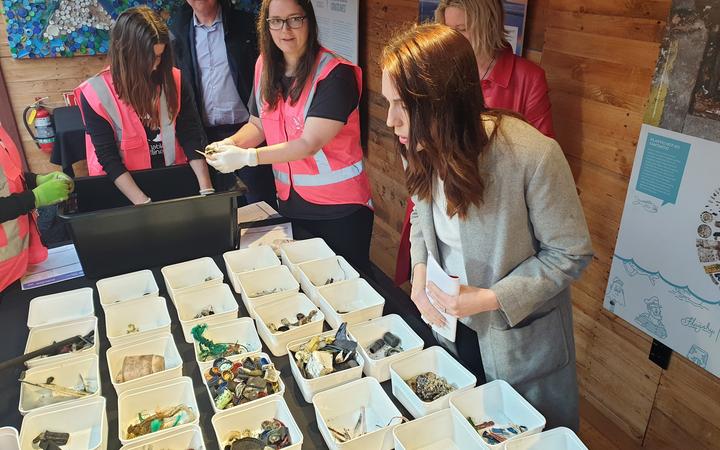 So what have they been up to? There was a fair bit of attention on Auckland today, with Labour, National and New Zealand First and the Greens in or around the city.

Labour's been the only party to announce policy, with its promise to phase out hard-to-recycle plastics by 2025 and standardise kerbside recycling if re-elected.

Ardern took some time to speak to volunteers involved in beach clean-ups, and asked about what impact the government' single-use plastic bag ban - introduced last winter - had made.

She talked about engaging with ex-pat New Zealanders during the campaign, saying that with a lot of information being shared and engaged online, that community of Kiwis had as much access to that as those at home.

NZ First spend the day in Auckland's north - first heading to the Kumeu Market before heading east to the Westfield mall in Albany.

He bumped into a man he formally played rugby against and was occasionally stopped by people asking for a photo with him.

One young man approached Peters with his camera filming to ask him about his policy on slashing tobacco tax. 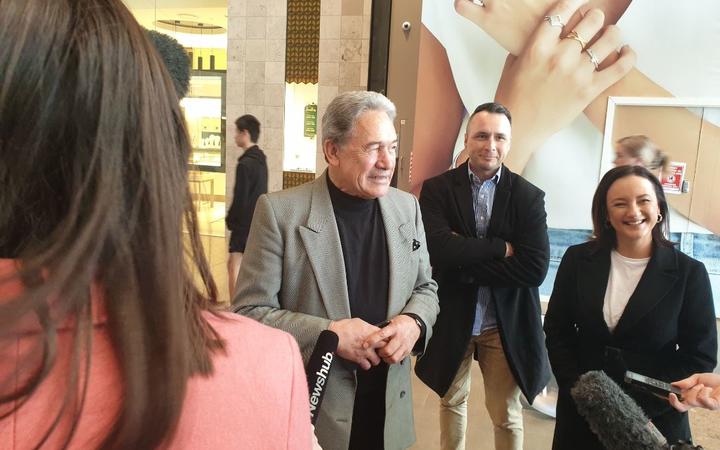 She was on on the market round with Hunua MP Andrew Bayly and National's Takanini candidate Rima Nakhle.

She took a stroll through the market; speaking to stallholders and filling her tote with olive oil, tomatoes, bread and meat.

One man asked Collins to sign her book Pull No Punches while she shared small talk with another about farmers having it tough. 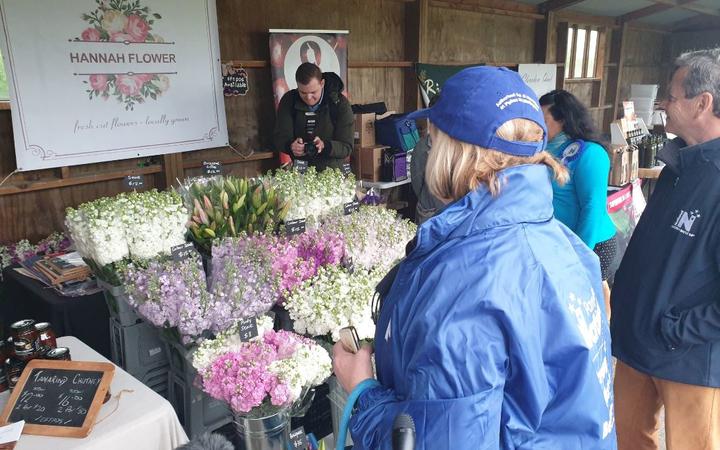 Collins took the time to have a jab at Labour's recycling policy announcement, too.

She claims small businesses will have to foot the bill of any new waste policy, and thinks what's been announced today is a rehash of what was promised last election.

The Greens leaders split with James Shaw in Dunedin and Marama Davidson, Auckland.

In Auckland, rain put an end to Davidson's plans for a picnic on Owairaka Mount Albert while Chlöe Swarbrick had a pub politics event with other local candidates lined up for the evening.

ACT has spent the day in Christchurch, with a mid-afternoon campaign rally.

He took more than a few shots at Labour and a couple at National, saying it has "never reversed Labour policy" since 1949.

He also profiled his other party candidates - ones that might make it in to Parliament if ACT gets the sort of support on election day as polling would suggest it has - 7 percent, going by last week's TVNZ Colmar Brunton poll.