Restrictions on gatherings under alert level 2 - and 2.5 in Auckland - are continuing to hamper election campaigning throughout the country, with large scale meetings off the table. 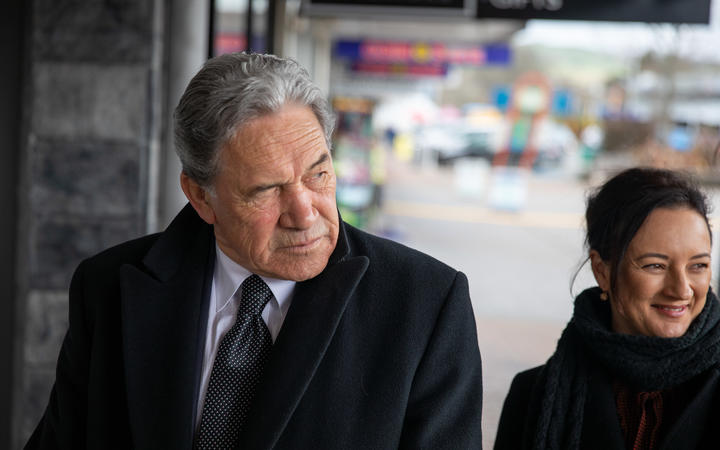 Campaign season is often a time of hugs, hongi and handshakes, where voters cram into packed halls while listening to the big election promises, but Covid-19 means limited gatherings and social distancing are a must.

Never one to mince words, New Zealand First leader Winston Peters, who is avoiding Auckland, had this to say: "It's the worst campaign environment that I've been involved in because, not only is it in the cold months of the year, but it's in circumstances in which people cannot be meeting, can't assemble in halls and you can't have a traditional political dialogue. But we'll get by and we'll keep doing what we can do in the circumstances."

He will be waiting for Cabinet's review of alert levels on Monday before deciding on going to Auckland. 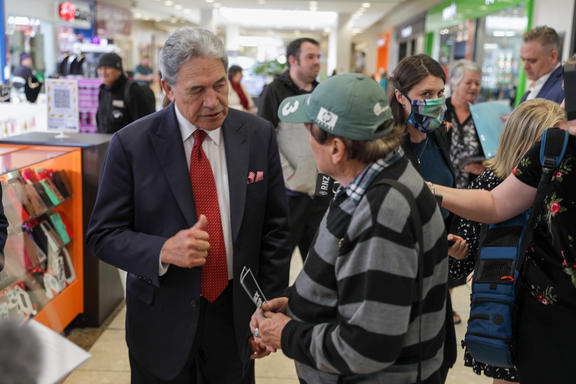 "When we do go to Auckland we want to be able to have public meetings, and as big a meetings as we can possible organise."

ACT leader David Seymour thinks it has been different - but no less enjoyable.

He is trying to avoid Auckland at the moment, but has still held socially distanced street corner meetings in his Epsom electorate, saying it is still possible to campaign under the current alert level settings.

"We actually had a QR code for the street corner meetings, so people bringing their phones and signing in, we gave people hand sanitiser."

Campaigning has been a challenge for National leader Judith Collins, who says it has been hard not holding public meetings. 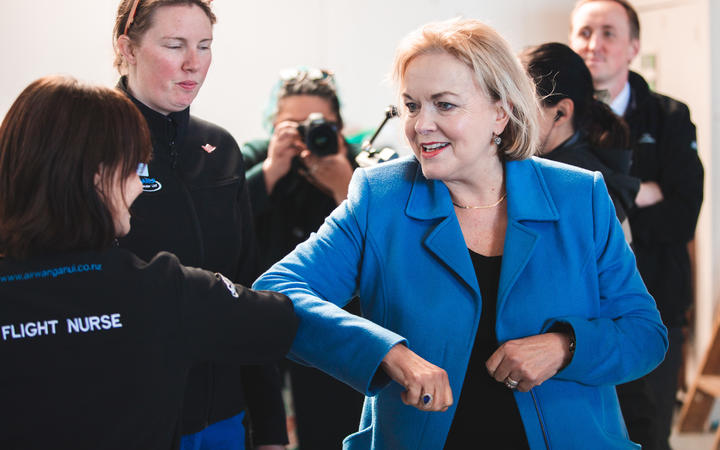 Judith Collins admits it's been hard with restrictions, but is also looking at the positives. Photo: RNZ / Samuel Rillstone

She says National is going to have to get creative with how it reaches voters.

Collins claims the National Party campaign launch this Sunday will be the "first of its kind" - it'll be an online event.

"We're going to have a really exciting, modern campaign launch."

"One of the things that we have had to alter is that we have often had rallies. Obviously those - we have had one called off this weekend - obviously we are not having those, but I don't think that affects our ability to reach voters. Rallies often engage those who have already made up their mind, for instance."

"It clearly has had to change the way that we campaign. We have done a lot more small group conversations with people. The up side of that of course is you are able to have very in-depth conversations but the down side is you don't get to talk to quite as many people.

"We have had a few larger events that have been Covid-compliant but those events have had sort of a slightly odd atmosphere, because people are kind of spaced out from each other and we've just had to adapt our style.

"We are now relying heavily on online events and we have had some fantastic attendance on those, and a huge amount of phone calling and we're actually doing really well on that front, way better than we have had in any other election campaign." 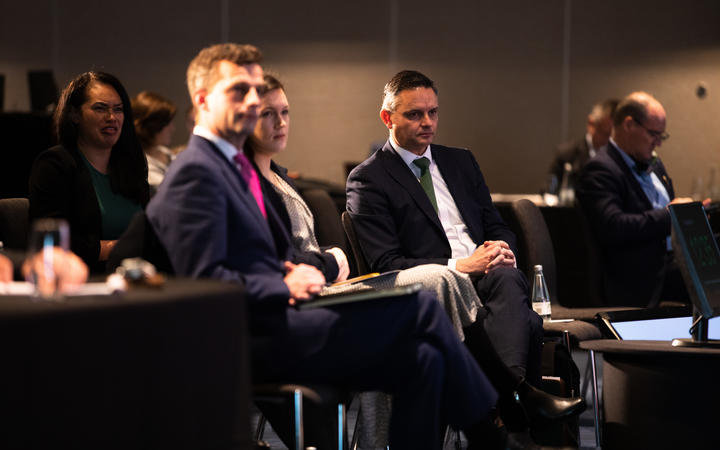 Voters have been feeling the effects as well.

RNZ reporters throughout the country hit the streets today - asking people how they are finding the campaign so far.

"Pretty much the same. It's probably held a bit in check because of the coronavirus," one person said.

"It's been okay. I think most of the attention has been taken away by Covid. I still see it a lot [but] not as exciting or dramatic as previous years," said another.

"I haven't had much time to think about it to be honest, it's kind of just running its course. We have been given an extra month to think about it so I hope people do, but to me it's pretty obvious what's going to happen," one woman said.

Not all voters are missing the regular campaign schedule though, with some saying they would prefer to stay socially distanced from politicians forever.

"I haven't taken much notice, no, so hey, whoever gets in, gets in, as far as I'm concerned. As long as they leave me alone."

Cabinet will review New Zealand's alert levels next Monday, but has agreed in principle, to move everywhere but Auckland back to alert level 1 on Wednesday.

Auckland will remain at alert level 2, but with eased restrictions on rules for gatherings.