The Green Party's agriculture policy is being given the green thumb by organic growers, but the National Party is labelling it a slap in the face. 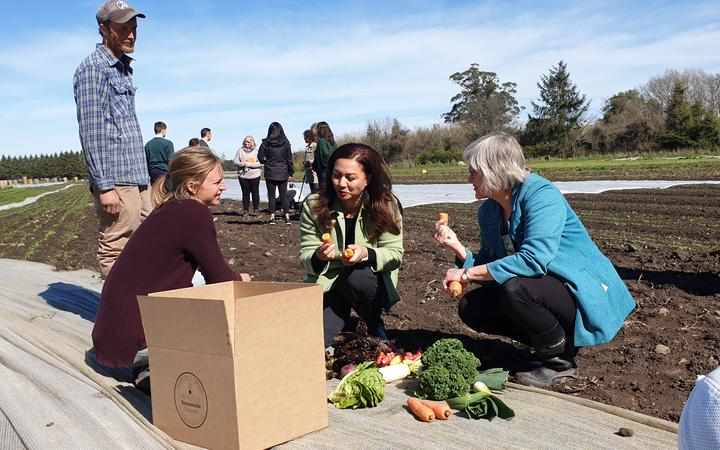 If elected, the Green Party wants to establish a $297 million fund to help farmers transition to regenerative and organic farming.

The party also wants a levy on the use of nitrogen and phosphorus fertilisers, phasing in stronger limits in the freshwater standards, to progressively reduce nitrogen pollution.

The announcement was made today at Logan Kerr and Dominique Schacherer's organic farm in Leeston.

Kerr and Schacherer's farm is about 20 hectares, where they grow salad greens, potatoes, beetroot, onions, carrots and "basically everything that can grow in the climate around Canterbury."

Kerr says it is fantastic that support may finally be given to those who want to farm organically.

"It's an extremely difficult thing to get into farming unless you come from a farming background, it's an [extreme] exercise to start up a new farm and if there was support given to farmers to be able to do that, that's an awesome thing," he says.

"However, a national accreditation would only work if it was based on measuring outcomes and met the standards for regenerative organic agriculture already recognised worldwide," Lux says.

The association also welcome the policy of capital investment and other support for growers wanting to transition to regenerative organic. 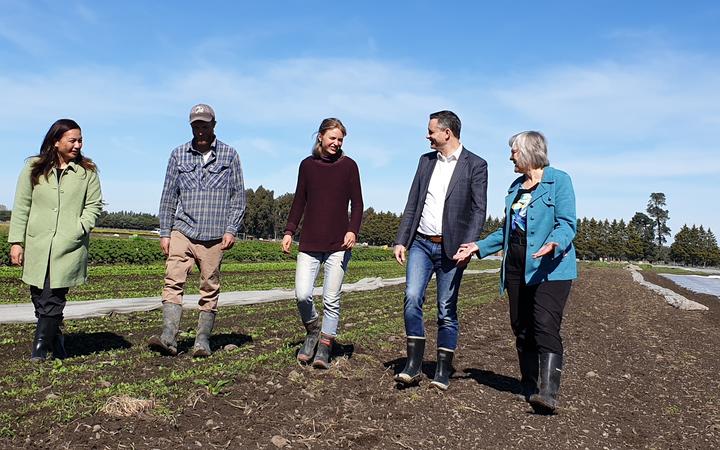 Green Party co-leaders Marama Davidson and James Shaw along with environment spokesperson Eugenie Sage being shown around by Logan Kerr and Dominique Schacherer on an organic farm in Leeston on 12 September, 2020. Photo: RNZ / Charlie Dreaver

But the National Party has labelled the policy a "slap in the face" for farmers.

Its agriculture spokesperson, David Bennett, says the proposed nitrogen reduction limits are madness and would "kill off dairying" across the country.

In a statement, Bennett says now is not the time to be putting the brakes on the export industry.

"We are facing the worst economic downturn in 160 years and agriculture will lead our post-Covid recovery," he says.

"The Greens' policy is yet another assault on Kiwi farmers after the Labour-led Government hit them with freshwater reforms that, in some cases, are unworkable and will shackle their ability to innovate while piling costs on to a sector that is vitally important to our country."

He says National supports having cleaner waterways in New Zealand, but there are smarter ways to achieve this.

"It's good that the Green Party have picked up our policy for a $300m fund to support farmers, and have joined us in responding to environmental groups by committing to phase out synthetic fertilisers," she says.

"We look forward to working with them to get these policies over the line."