A postie, a public sector worker, and an iwi leader are just some of the new parliamentary hopefuls who are now facing a four-week extension to their campaigns. 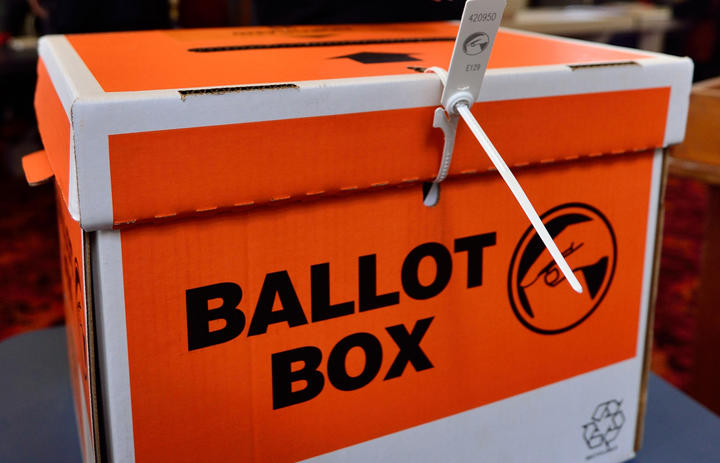 With the election date pushed out to 17 October, sitting MPs get to keep being paid - for the extra time.

The move has been greeted with a positive response, from both other political parties, and voters themselves.

For prospective candidates, there was also a widespread acknowledgement it was the right thing to do.

But while for the sitting MPs it means four more weeks of paid work, for those hoping to take their seats this time around there's no such security.

When Steph Lewis - Labour's candidate for Whanganui - found out about the delay, while she had no doubt it was the right decision, it did bring with it some anxiety.

Before she threw her hat in the ring she was working as a senior privacy advisor in the public sector.

"I have taken leave from work, and I have checked my bank balance this morning and crunched some numbers, since the prime minister's announcement," she said.

Financially, she'll be fine, although it may take some personal sacrifices.

"I may perhaps not buy quite so many cups of teas and what not at cafes, but I will be fine. I am yet to have a conversation with my boss about extending my leave."

She is just one of the hundreds of candidates who are hoping to take their place in one of the 120 parliamentary seats on offer.

"I'm a part-time rural postie and courier, and I have an amazing boss, just so flexible, she's just 'whatever, take whatever days off you need', and 'I'll work on these days and you can work on those days', so it's easy.

"And we're essential workers so it hasn't changed my hours per week."

Other issues coming to the fore for prospective MPs

Then there's the question of campaigning. The Electoral Commission said it will be up to the parties to decide when and how they want to resume campaigning.

Rawiri Waititi works in the rūnanga of Te Whanau a Apanui. The former Labour MP is standing for the Māori Party in the Waiariki electorate, but he said for him, the campaigning has never stopped.

"In Māoridom, you don't overtly campaign, what you do is just carry on doing the mahi for your people, because that's what you must do.

"If that means it looks like campaigning to everyone else, well so be it, but the protection of our whakapapa is the most important thing, and we must continue to do that, and to look after our people."

Now with an even longer build-up to election day, candidates are having to pace themselves.

Green Party candidate for the Auckland electorate of Maungakiekie, Ricardo Menéndez March, said the priority for his team of volunteers was maintaining their wellbeing.

"Elections have always felt like a bit of a marathon, but obviously this election is under very exceptional circumstances, so my priority is actually that my team are not burnt out."

With his team all currently under the alert level 3 lockdown, they were currently just looking after themselves, before they tried to implement some lockdown-suitable campaign methods, he said.

One benefit to the election being extended is being identified by the New Conservative candidate for New Plymouth, Murray Chong.

"What it does is it spreads my time out, so I can actually talk to more people, because it's so important people learn the policies, rather than the personality politics."

One thing the date change does mean is TV and radio ads will be postponed to 13 September - when the Governor-General is due to issue the writ for the election to be held.

The National Party's candidates were not allowed to speak to RNZ on this story.