Jacinda Ardern has moved the election date to 17 October and says she will not be changing it again.

Missed the announcement? Watch it here

The Covid-19 outbreak in Auckland has forced the suspension of political campaigning and prompted calls to postpone the general election.

The election will now be held on 17 October.

It follows calls from coalition partner New Zealand First and both opposition partners to delay the election because of the effects Covid-19 restrictions would have on electioneering.

Jacinda Ardern said she would not change the election date again.

If a further outbreak followed: "My view is we will be sticking with the date we have," she said.

The decision was hers alone, she says. "The date I've chosen actually is my view."

"Even if I had not picked up the phone and contacted anyone I believe this is still the outcome I would have arrived at."

"Covid is the world's new normal," she says.

Ardern says she factored in whether this was fair to Māori and Pasifika voters.

She says everyone she reached out to for their opinion on moving the election date was very considered but the general view was that some form of delay was warranted.

The commission advised the prime minister four weeks allowed it the necessary time to provide information to voters and book venues to stage polling booths.

Ardern says she considered moving the election two weeks, but the commission said this would not be enough time to do organisation such as rebooking venues.

Dissolution of Parliament was now scheduled for Sunday 6 September, and early voting would begin on 3 October.

When questioned on whether the threat of a motion of no confidence had affected her decision to delay the election, especially considering New Zealand First leader Winston Peters' very public call for a delay, Ardern said it did not.

"I personally didn't consider that a threat in the first place. Obviously, a no confidence vote would trigger an election."

She took into account the view of all parties' leaders in deciding to delay the election date.

She wanted to provide Parliament and the public "certainty, a sense of fairness, and a sense of comfort to voters that this will be a safe election".

New Zealand First and the Green Party were informed of the decision before Ardern made the announcement. 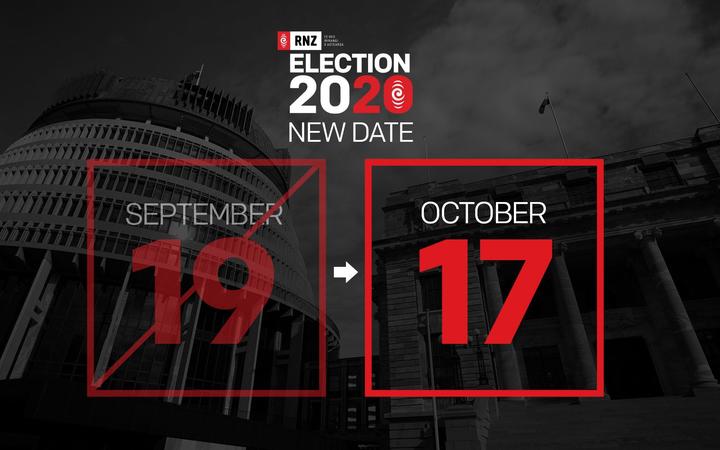 Ardern says under the law, once Parliament has dissolved, if the Electoral Commission believes they cannot hold a safe election they have the power to move the date.

It's already anticipated a large number of people will advance vote.

"I absolutely have confidence we can and will deliver a safe election."

She says she doesn't wish for her Auckland Labour MPs to come out of Auckland to attend Parliament.

"I have thought about every single element of this."

She says some candidates will have taken unpaid leave to campaign.

But she believes this is a balanced decision.

"I think it would be entirely inappropriate that this decision be seen as political partisanship ... it wasn't."

It would not have been appropriate to make a decision based on any individual party, she says.

"In these circumstances, in these times, what we need is the ability to make these decisions very quickly."

"I have absolutely no intention at all to change this..."

The Labour Party will not re-launch its campaign.

Hoardings will not need to be taken down, she says.

"These are very extraordinary circumstances."

"We were concerned that the Covid outbreak had the effect of limiting campaigns to an unacceptably short period until overseas and advance voting begin if the general election was held on September 19," he said in a statement.

"With a delay, parties can now prepare to begin campaigning again, confident that they have the time and resources to engage in a free and fair election." 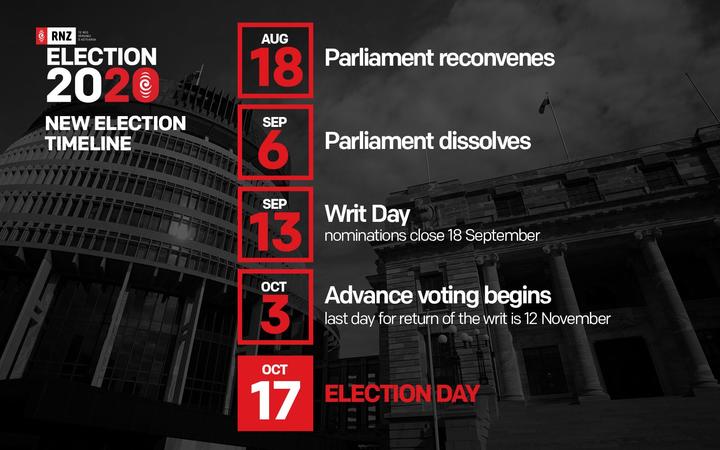