Health Minister Chris Hipkins says the Electoral Commission has a plan to run the election in alert level 2, and there is also the option of postal voting. 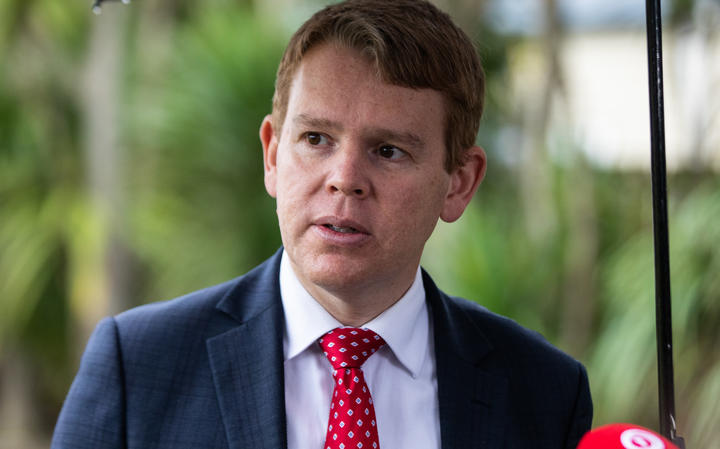 Hipkins stood in for the prime minister this morning. Jacinda Ardern is set to announce today if the election date of 19 September will be delayed,

"I'm confident they've got very good protocols in place to ensure everybody is being kept safe," Hipkins told Morning Report.

He says people being able to safely vote is critical in deciding the election date.

"There isn't a risk-free option of course because we're dealing with the virus. Who knows what may happen in any given week or month?"

It is up to the commission to ensure everyone's vote is counted, he says.

"The question the prime minister will be weighing up today is what's the best thing from a logistical perspective in making sure that everybody can vote and everybody's vote can be counted."

Green co-leader James Shaw said calls for a delay to the election were politicking.

"I think it's 100 percent electioneering. There are some political parties who are clearly prioritising their electoral fortunes over the health of our communities and strength of our democracy and I think that's extremely disappointing.

Shaw said National Party leader Judith Collins was "essentially laying the groundwork to be able to say that unless she gets what she wants then she'll be able to declare the election illegitimate.

Collins has said it was impossible to campaign in a way that could produce a fair result "if a lot of people are frightened to leave their house or even frightened of having postal ballots ... particularly the elderly, many are being too frightened to even receive an envelope because they're worried there could be Covid-19 on them".

New Zealand First leader Winston Peters released a letter sent to Ardern on 14 August, in which he said the ability for parties to campaign for a 19 September election had been "fatally compromised."

"[Peters] is clearly flirting with the idea of creating a political crisis, if you read between the lines of what he was saying yesterday."

Shaw said the important thing was to have certainty.

"The thing that's really disappointing at the moment is you've had a number of political parties making what I judge to be nakedly political plays in their own advantage and so I hope the prime minister makes her choice based on the good advice of our health officials and the Electoral Commission.

"We should stick with the date that we've got unless the advice coming back from the Electoral Commission and health officials is that it means that the circumstances are that we won't be able to conduct a proper election at that time."

ACT leader David Seymour's call for a month at level 1 before an election would mean the election was a "moving target" because there was no guarantee there wouldn't be another outbreak before the next date, he said.

Shaw said a short delay to the election date was a "very real possibility" but it was up to the prime minister to determine this.