The government has announced a pay increase for Security Guards at the Ministry of Social Development as the Labour Party makes a commitment to government agency workers for fair pay and working conditions. 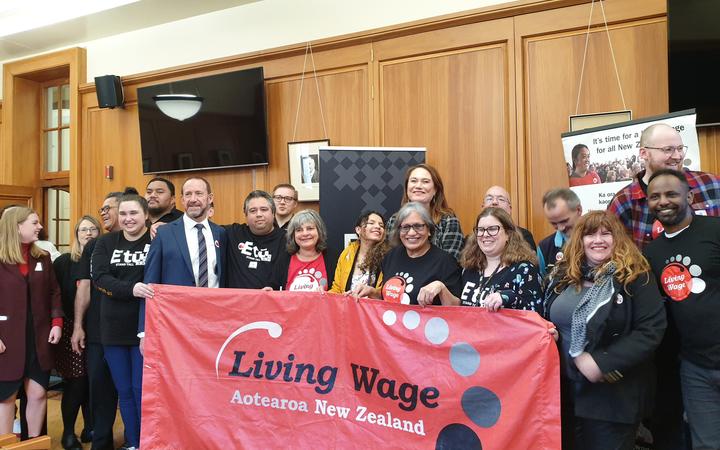 From next month, security guards contracted to the agency will be paid the living wage.

Minister for Social Development Carmel Sepuloni says MSD was among the first government agencies to pay its employees the living wage in 2018 and it's now taking the initiative to pay its contracted security guards the same.

"As Minister for Social Development, I am pleased that MSD has been able to do this for Tautiaki (guards).

"There's more work to do to get other MSD contracted workers the living wage but it's a step in the right direction."

E Tū team leader Yvette Taylor says today's announcement is a significant milestone in the campaign for the living wage.

"This is the first government cleaning or security contract to be delivered at the living wage and it has finally happened, this is a huge victory," she says.

Robert Duston, who has been a security guard for 13 years and works at MSD in Naenae, says it will mean a lot of guards in low income families won't have to suffer as he did.

"For supporting my daughter growing up, it was important but very hard on low security pay, so I'm pleased for others in similar circumstances."

Duston says the living wage will mean he will wake up every morning knowing he is being paid what he is worth.

He says the pay rise means he can now save for a holiday for his 50th birthday next year.

Another security guard, Jenith Alexandra Salcedo Guevara, says she is proud to be part of the change.

"It will be a big difference to not only yourself but to everyone in the family, I will be able to help my mum and my grandma back in Colombia probably, it will be great because knowing the situation in Colombia, it's quite bad," she says.

Salcedo Guevara says the extra money will mean she can put more towards her studies as well.

Little says the work that frontline security guards do outside the MSD offices is skilled and they should be properly rewarded for the work that they do.