Men pee in front of Victoria when she's cleaning the gents. Roszanne couldn't afford to go to her brother's tangi. Lavinia hardly sees her children. These are the predicaments of New Zealand women working for minimum wage. They have told filmmaker Kathleen Winter their stories for the short documentary project Minimum. Ahead of the 125th anniversary of women's suffrage in New Zealand, RNZ launches the series here.

Watch episode two here: Mum of five thought there would be more than $10 left

Watch episode four here: The mum spending all her pay on rent

Watch episode seven here: 'I couldn't go to my own brother's tangi'

When Roszanne's brother died, she and her husband got in their car and began the journey from their home in Gore to the family marae at Castle Point, in the Wairarapa. They got as far as Cheviot, and couldn't go further - they didn't have the money to refuel. They missed the tangi. She cries tears of frustration and shame when she recounts the story.

It's not that Roszanne didn't have an income; she had employment as an aged-care worker. She loved her job, she loved the people she looked after. Fondly, she tells the story of an old man too frail to scratch his own nose - she would scratch it for him. But she earned minimum wage. Week to week, there was barely enough to support herself and her husband. They stayed home, missed family gatherings, went without. 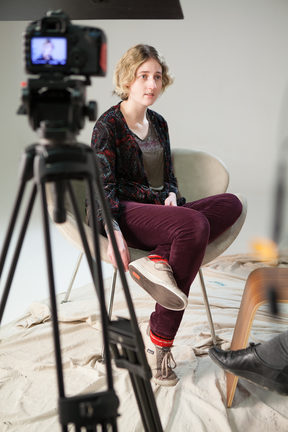 The Ministry for Business, Innovation and Employment says it tends to be women who have low-paying or part-time jobs, working in sectors like retail and hospitality, and women make up about 61 percent of people in minimum wage jobs.

That's why filmmaker Kathleen Winter has focused on women - including Roszanne - in the short documentary series, Minimum, which shows real people talking about their lives earning the minimum wage, or slightly above, or working on zero hour contracts in Aotearoa.

During her own time earning minimum wage - chopping meat in a deli, cooking sausages on the side of the road, working at a video rental store and in hospitality - Winter began to hear stories from the women she worked with. The stories shocked her, but she noticed they seemed to be told in a way that rendered them as a normal part of the women's working lives.

"I realised there were so many other people that would never hear those stories and would have no idea what a regular day in the life was like. So I started recording them - writing them down. I was thinking maybe I'd end up writing a script, or something, from the stories."

Two years ago, those first thoughts morphed into the idea for Minimum. Winter says the series is not about bemoaning bad bosses or hating work, it's about looking at what it's like for these women and how they survive.

Listen to Kathleen Winter on Afternoons with Jesse Mulligan 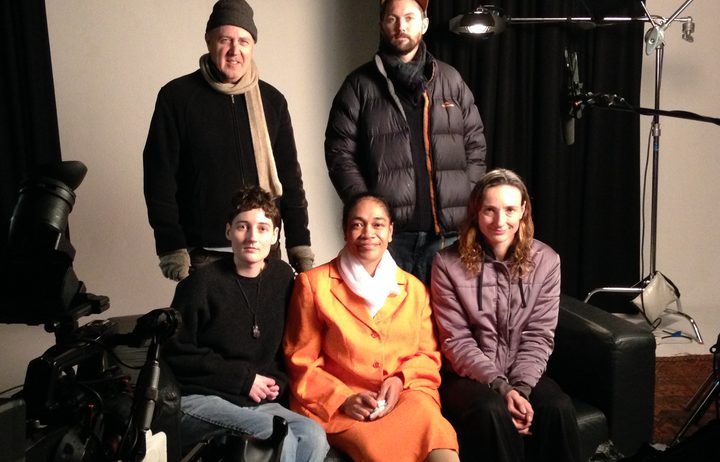 Lavinia is a mother of five with a big smile and a strong heart. She works as a security guard at a train station. She loves her job, she wears a smart uniform with a tie and a high-viz vest, and she enjoys helping people. When she starts her shift at 2pm, her kids are already at school. By the time she finishes at 11.30pm, they've put themselves to bed.

Charmaine didn't really get to watch her kids grow up either. One of them is in a gang now. People used to say to her, "Your kids are roaming the streets". They'd say "blame the parents". But she was working three jobs to make ends meet. She had a vegetable garden - that helped - and gathered kaimoana from the sea. Sometimes she'd sell it to the fish and chip shop - anything to get money for the kids.

Charmaine says it's not always the parents that should be blamed: "Blame the system."

Hearing these stories has been a harrowing process for Winter. Starting out was the hardest part as she was working on her own. "I would come into work in the morning and people were submitting their stories online, and I'd start my day by sitting down and reading a story and just crying."

Even later, working with a team, she still struggled sometimes.

"There have been days during this process where the whole day has been spent listening to people telling me the shittiest stories, and you get quite hopeless. There have been days where I've felt like the system is too big and too broke. We're talking about these huge trends that are the result of capitalism and privatisation, which are just huge forces that are the cause of everything in this series. So I definitely had days where everything felt impossible, but a couple of days later I'd listen to more stories and these women are still fighting and trying to make change happen all the time. It's some days crushing and some days inspiring." 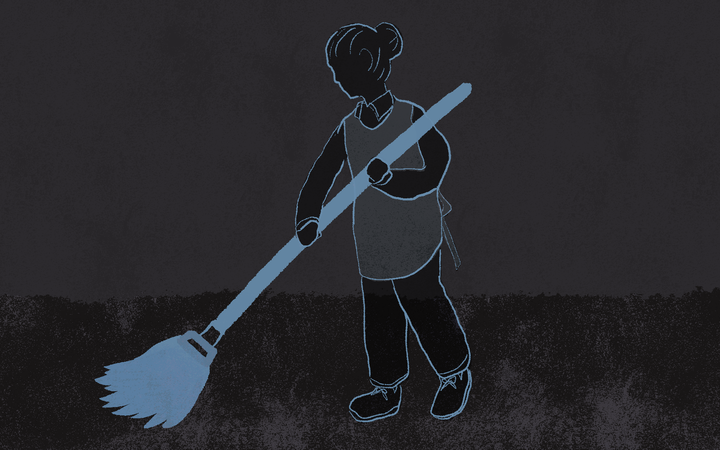 Most of the stories told in Minimum don't have happy endings. And that's the point, Winter says. "It's not easy to get out the cycle of poverty. But these women do have a lot of fight in them."

There is one, though. In July 2017, a $2 billion pay equity settlement came into effect, meaning Roszanne no longer had to live off the minimum wage.

"The first thing that my husband and I did was put as much money as we possibly could away, and we went straight up to Masterton, back to the marae, to the urupā, I finally paid my respects to my brother.

"Now, I can go to family things, I can go to the dentist… My husband and I, we can go to the movies if we wanted to. We were always homebodies, because we couldn't afford to go out. Now, we go to the Gore Town & Country Club on a Thursday and a Friday night.

"I can afford to live now. And that's how it should be."

*Minimum was produced for RNZ by Notable Pictures, with the support of Loading Docs, and with funding from NZ On Air.