There will be no deal on the left in Auckland Central. 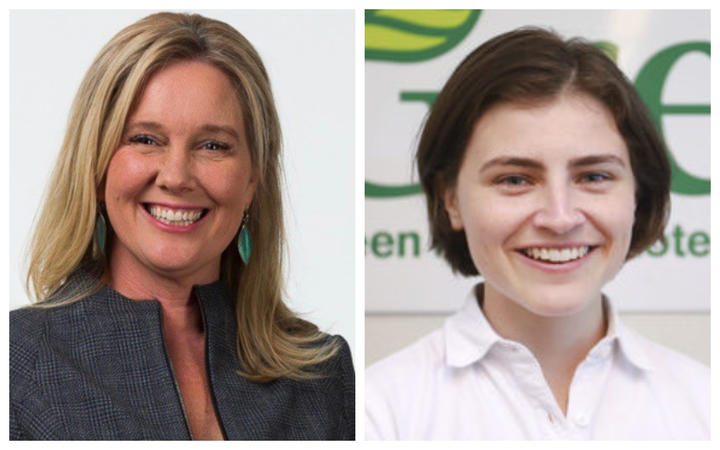 Labour says it won't make way for the Greens in the seat, which has been thrown wide open since National's Nikki Kaye announced her departure from politics.

But the Greens' candidate - high-profile MP Chloe Swarbrick - doesn't want to be thrown a lifeline, even as her party hovers at about 5 percent in the polls.

Last night, the candidates fronted up at the first electorate debate of the campaign at Freemans Bay School, where it was standing room only.

And Labour leader, Jacinda Ardern - who stood unsuccessfully against Kaye twice in the seat - said she wouldn't be doing any deals with the Greens to secure the seat for the left.

"The last time, it was very close between the Labour candidate and the National candidate," she said.

"The idea that you can tell voters to switch all of their votes in one direction, I just don't think is reasonable actually. Helen has a very good chance."

Ardern was confident the Greens would get back into Parliament on the party vote, meaning they wouldn't need to win an electorate seat.

And she was adamant - Labour hadn't done deals in the past, and she saw no reason to change that.

This time, Green MP Chloe Swarbrick is running a two ticks campaign in Auckland Central - for both the party vote and the electorate vote.

"Right now, we have a race that nobody could have anticipated, it's anybody's game and we are putting everything behind taking it," she said.

And she was talking up her own - and her party's - chances.

"We're confident we'll come back into Parliament on the party vote," she said. "We're also confident that we will be taking that seat, because we are putting everything into that grassroots campaign."

During last night's debate, five candidates and one party representative fronted up to voters.

With National only selecting its new candidate for the seat tonight, MP for East Coast Bays, Erica Stanford, was charged with filling in for the party.

The candidates faced questions on everything from the Covid-19 recovery, to tree protection and the future of Auckland's port.

Responding to a question about whether it was fair to set the wage subsidy at a higher rate than the jobseeker benefit, Labour's Helen White said she didn't necessarily agree with that.

"I think it happened because we've got a whole lot of people who are suddenly in a position where they've already got these kinds of outgoings and we didn't want to see mortgagee sales," she said.

"But I don't think that that's the entire answer, I think the answer is we do need benefits to rise and we need to stop punishing people."

Realistic about her chances in the seat, New Zealand First's candidate, list MP Jenny Marcroft, was campaigning for the party vote only.

"There is no way that I expect you to vote for me, because you've never voted in the past for a New Zealand First candidate, and that's simply fact," she said.

Chloe Swarbrick pointed to Auckland Central's voting record to show she has a realistic shot at winning the seat.

"From 1993, when Sandra Lee took it for the Alliance, through to when Nikki Kaye took it, you appreciate hard work," she said. "I hope that I have shown you that I can be that hard worker for you, be that critic and conscience."

Then Erica Stanford wrapped up reminding voters there's still a long way to go in the campaign.

"You don't have to decide who you're going to vote for tonight, regardless of what you've been told earlier this evening, you don't have to go home tonight and write it down on a piece of paper and remember it for election day. You've got a really long time to make up your mind," she said.