A new poll shows New Zealand First list MP Shane Jones coming third in the contest for the Northland seat that's being seen as crucial to his party's chances of staying in Parliament. 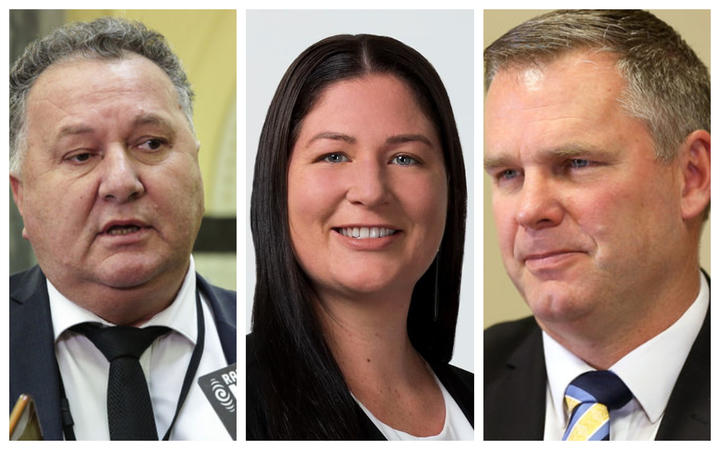 Eleven percent of respondents said they did not know who they would vote for, or declined to answer.

NZ First leader Winston Peters won the seat in a 2015 by-election, but was ousted by King in the 2017 general election.

The seat is seen as a must-win for New Zealand First, which a One News poll last month placed at 2 percent in the standings.

Jones told Q+A he needed to get the "political jackhammer" out, with his message to Northlanders that if they wanted to get NZ First back into Parliament they should vote for him or the party.

King said he was "heartened" by the poll result but was "taking nothing for granted".

Prime told the programme she was "really pleased to see that there is a huge level of support there, not only for myself but also for the Labour Party".

Labour Leader Jacinda Ardern was out campaigning at the Grey Lynn farmers market in her Mt Albert electorate this morning and told reporters she saw no reason to reconsider her stance on a Northland seat deal.

"We've both as parties been very clear, we're campaigning as separate parties as we did last election", she said.

Ardern said she has never written New Zealand First off in any election, and this time was no different.

She reiterated that her stance was the same for the Auckland Central seat, where Greens candidate Chloe Swarbrick is up against Labour's Helen White.

If the Greens won the seat it would secure them a spot back in Parliament, without having to rely on getting over the five percent party vote threshold.

"Ultimately I don't think what we're debating here is a chance of them being out of Parliament, I don't agree with that suggestion, and during campaigns that's where we see there's more time and attention across the spectrum and we do tend to see those minor parties lift," she said.

In terms of party support in Northland, Labour is at 41 percent, National 38 percent, ACT 8 percent, NZ First 7 percent and the Greens attract 4.7 percent, the poll has found.

Prime said it was the first time in recent history Labour was ahead of National in a poll.

A total of 503 eligible voters were polled and the margin of error is 4.3 percent.