A Green Party plan to ramp up construction of social housing is being hailed as a game changer. 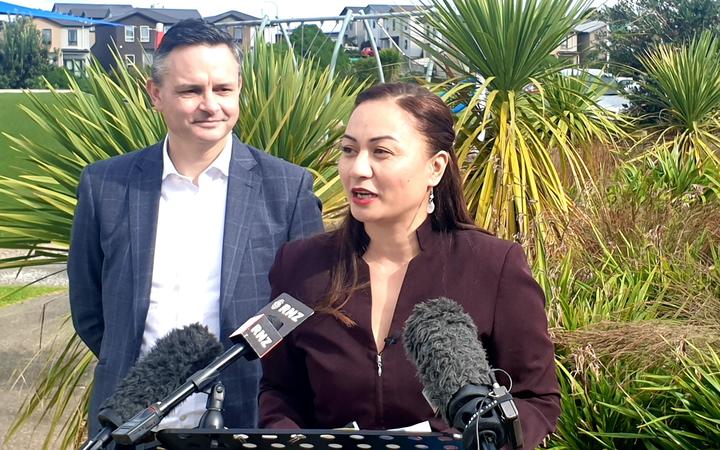 It released its 'Home's for All' policy yesterday which has an ambitious target to get all 18,000 people on the social housing waiting list into homes within five years.

It wants to create a non-profit rental sector, and to do that it wants to let the public housing agency Kāinga Ora increase total borrowing from about $7 billion to $12bn.

It will also offer Crown guarantees for community housing providers, including iwi, to build new properties which can be rented out long-term.

Party co-leader Marama Davidson said it wants to build 5000 new affordable homes a year, and the only way to reach that target would be with the help of the community housing providers.

"It is the community housing sector who know their communities, who have got the relationships with the financial sector as well as with local neighbourhoods iwi and hapū.

"Who have got the experience of how-to-build what for the different community needs - that is how we are going to be able to increase that capacity."

"It offers nothing but hope for the impoverished living conditions of families up here in Northland ... people are still living in cowsheds, buses and lean-tos."

Houghton said some families renting in the Far North were living in third world conditions and for them help cannot come soon enough.

He said his organisation would jump at the chance to ramp up its building programme to meet the huge demand in the region.

"If this policy came to Northland tomorrow morning I've got at least 25 families that I could put into their own homes using this policy."

But National Party housing spokesperson Jacqui Dean slammed it as another pie-in-the-sky idea from a coalition partner in the government that's broken all its promises on house building.

"They should have delivered 16,000 KiwiBuild houses by now but they've only managed just around 400.

"So to promise 5000 extra houses a year is nothing more than just wishful thinking and is destined to go the same way as KiwiBuild."

The Green Party also wants professional property managers to held to the same standards as real estate agents, requiring them to become licensed and have clear professional obligations.

Property Managers' Institute president David Pearse said the policy would be useless unless it required everyone who rented property to be licensed.

"It just shows the level of ignorance from the Green Party because at the end of the day only 40 percent of the properties are currently managed by property managers.

"So you can regulate property managers all you like but it doesn't have a significant impact on the huge 60 percent of the properties out there that are undertaken by self-managing owners who are doing it themselves."

He said it was private landlords who do not follow the rules and treated renters badly - whereas professional property managers generally did excellent work.

"Overall they are doing a fantastic job but they just become a punching bag for the Greens and Labour."

The whole Green Party package will cost about $1.2bn, $950m for capital and $250m for operational spending.