MPs on the way out strike back at media

Politicians’ conduct has sparked stacks of media condemnation lately amid a surge of scandals and sudden resignations. But two MPs quitting politics this past week took a swipe at the media on the way out. One was former broadcasting minister Clare Curran who says our media must be more accountable. But why? 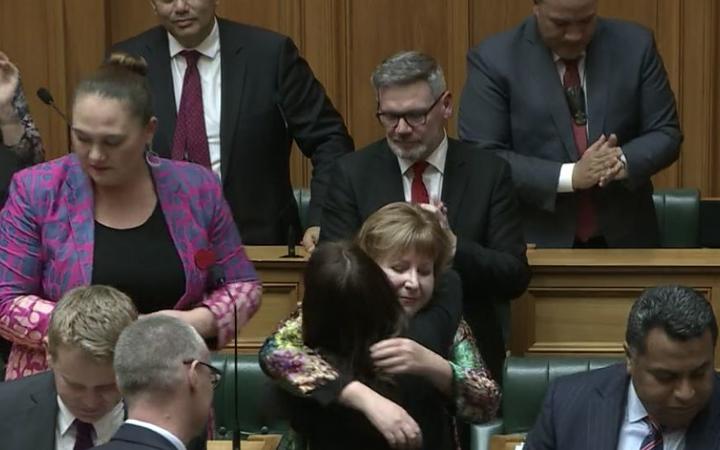 “Declining trust in our Fourth Estate is a fact. It's time to have a serious discussion about how we practise politics in this country - and how politics is reported,” she said.

“Politicians and the news media focus on conflict, perceived or real slip-ups, rather than substance and the quality of ideas. The objective is to catch people out and take them down, rather than providing a platform of discussion for and against the best improvements to the lives of New Zealanders,” she said.

“You are neither judge nor jury. To be credible, you must turn the mirror on yourselves,” she said.

She wasn't the only outgoing MP to have a crack at the press pack on the way out.

In her farewell speech last week, outgoing two-term Invercargill MP Sarah Dowie said the media calling on the politicians to clean up their act was “hypocrisy”.

She ended up in the headlines last year when her relationship with MP gone-rogue Jami-Lee Ross became public knowledge - and so did a text message in which she told him he “deserved to die”.

In her valedictory she said the media subjected her “to a storm of epic proportions” which was out of proportion with the scrutiny of disgraced fellow-MPs Andrew Falloon and Hamish Walker.

Sarah Dowie had already made her feelings clear about the media coverage of all that when she told Stuff the treatment of her amounted to “slutshaming.” She also told Newsroom’s Melanie Reid the media allowed Jami-Lee Ross - who she called “a predator” - to set the narrative.

Sarah Dowie got lots of applause and hugs in the House after telling the media to go and “audit themselves” but most political journalists were dismissive.

“We didn't lift the bedsheets,” Newstalk ZB’s Barry Soper protested on air, claiming Sarah Dowie started it with that abusive text message and Jami-Lee Ross and her deputy leader at the time, Paula Bennett, revealed the affair before any journalists did. 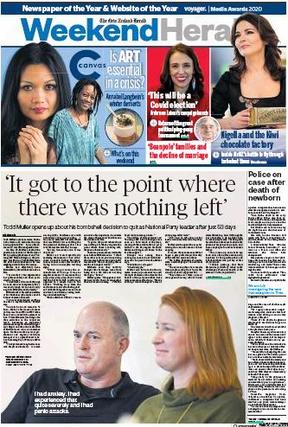 No-one doubts the stress on politicians is significant.  In an interview with the Spinoff, Clare Curran said she sought professional help to deal with PTSD-style symptoms after ending up in the headlines in 2018.

Former National leader Todd Muller told the Herald this weekend how his mental health suffered during his short but headline-heavy stint in charge - though he didn't blame the media.

“They don't get the role they play in politics,” he said of reporters in the press gallery.

"You guys need to turn the mirror on yourselves as well and take responsibility for how you report things and how you comment on us, because if you just go and ask anybody in the street they will be disgusted," Curran told reporters at Parliament after Sarah Dowie’s valedictory speech.

Clare Curran took it up a notch when she told reporters at Parliament there was too much "commentary  - and slurs that go alongside it” and she feared someone would die before the media changed their ways.

"Her view is important and it is important for us to check ourselves and be mindful of the human side of a story. We talk a lot and workshop every story in concert with my bosses and our legal counsel," she told Jesse Mulligan.

"Weighing up the human side is critically important for me as a journalist and as a person," she said.

But she and Newshub don't always dial it back when the public single out politicians.

For instance, in a recent report where people on the street were asked to describe Judith Collins, Newshub had no qualms broadcasting one unnamed woman delivering the one-word verdict: “racist”. Newshub has also published ‘word clouds’ of people’s responses to Simon Bridges highlighting terms like “incompetent” and “dickhead.” And reporting recent opinion poll results for preferred PM, Tova O’Brien described Simon Bridges as “despised” by voters - not just 'unpopular'.

The following day Clare Curran pointed the finger - almost literally - at the press gallery in her valedictory speech:

Politicians feeling like they’re under attack from a hostile media is nothing new. So has anything really changed?

“I think in some media organisations the internal checks and balances are pretty much disappeared,” she said.

“I really have tried hard not to point the finger at anyone specifically,” she told Mediawatch.

When pressed, she cited an RNZ story online which said that she and Ian Lee-Galloway had been “sacked” when in fact both had resigned.

“That framing has persisted throughout the last two years that I was sacked as a minister and it’s not true,“ she said.

“The relentless hounding of me led to me resigning as a minister,“ she said.

(Clare Curran was demoted from Cabinet and stripped of her open government and government digital services portfolios in August 2018 after she failed to disclose two meetings - with RNZ's then-head of news Carol Hirschfeld and with tech entrepreneur Derek Handley - but held on to her broadcasting and ACC roles at the time). 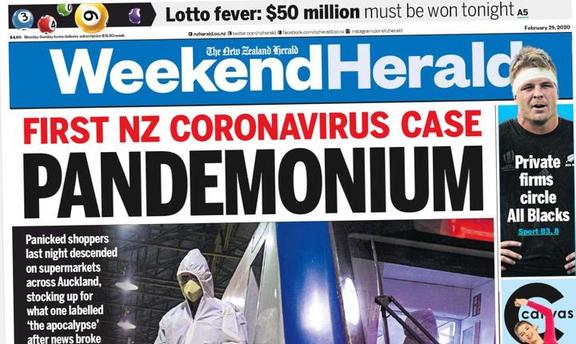 She also pointed to the Weekend Herald publishing the front page headlines 'PANDEMONIUM' the morning after the first case of Covid-19 was confirmed in Auckland and panic-buying broke out in places.

“That created a sense of panic which was outrageous,“ she said.

“What I have been trying to do is draw attention to the fact the media have become players rather than reporters. There is a place for commentary but it should be labelled as commentary  - yet it’s in our news reporting every day and we are being told what to think about things as they’re being reported,“ she said.

“The lines are blurred. If they are writing new stories and injecting their own views into the new stories  - is that appropriate?“ she asked.

There's nothing new about political correspondents and editors having licence to analyse and interpret how politicians perform or how well or badly policies have been put in place. And ministers know that if they slip up, the opposition will criticise them and the media will report that.

“It’s deepening and getting worse exacerbated by the constant need to refresh the new cycle to generate clicks. Every news outlet – even the one that I believe should be holding the rest of the media to a higher standard – is being driven by that,“ Clare Curran said, referring to RNZ.

In an interview with the Spinoff, she pointed out Shane Jones as a minister not properly recording 61 meetings - including some relating to the Provincial Growth Fund - yet that made far fewer headlines.

“If you do an analysis  - as I have done from the time I was a minister - the sheer number of negative stories about me from certain media outlets far outweighed other issues that were running at the time,“ she said.

Clare Curran was reluctant to name any outlets or report she felt were responsible for the commentary she had branded "destructive."

“I can tell you I have had conversations with potential and incoming MPs and there is apprehension around the level of scrutiny they’re faced with, especially people who have a non-adversarial approach to their lives,“ she said.

“The point I’ve been trying to make – if any journalists will listen – is that it’s not any of them individually that are the problem. It’s the system in which they operate. Having been in parliament for 12 years, I know  . . . it goes to the core of the adversarial system” she said.

“But I haven’t seen one piece written by a journalist saying; ‘hang on a minute - maybe we do need to think about our role in all of this. That’s what I’ve been asking him to do . . . but it is a taboo subject to criticise the media. And when you do, there are consequences,” she said.

What's the future for public media?

“I fear (RNZ) has lost its way in holding all media to a higher standard,” Curran said in her valedictory speech.

“It’s the perceived move to a competitive model where RNZ’s place in the landscape is as a competitor with other news outlets rather than holding a special central place in our landscape based on a charter that puts the public interest at the centre of it,” she said.

“What I see happening  - and I’m not the only one - is that RNZ’s more competitive,” she said.

As minister of broadcasting, Clare Curran championed a policy which had RNZ as the cornerstone and would inject $38 million a year into public media. The policy unraveled even before she stepped down as minister and the current plan is to get a business case for a new public media entity to replace RNZ and state-owned TVNZ.

Will it ever happen?

"I had a number of projects under way when I stopped being the minister. One of those was to look at what a proper public interest media entity would look like and a report suggesting RNZ and TVNZ would have to move together," she said.

"But I would have approached it differently. Until (public media) becomes core policy, nothing is going to change," she told Mediawatch.

"My biggest fear is that TVNZ with a strong commercial culture would dominate the smaller public-interest focus of  RNZ," she said.