Prime Minister Jacinda Ardern says there are plans to increase testing of staff at airports and isolation facilities and to equip GPs to ramp up testing.

Speaking after the final Cabinet meeting before campaigning for the 2020 general election begins in earnest, Ardern said this may the last sitting week of this Parliament, "but our Covid response continues ... during the campaign period".

"Cabinet will continue to meet fortnightly to discuss and make key decisions, these will be held on 10 and 24 August and 7 September.

"I'm also able to convene ministers remotely at any point if required."

She said the Ministry of Health would continue to provide daily updates on numbers and crucial information, and the Director-General of Health and the health minister will hold a weekly press conference.

Despite 94 days without any known community transmission, "we cannot afford to be complacent," she said.

She said the continued re-emergence of cases in Victoria was a reminder of this.

Covid-19 testing was well below the nearly 6000 tests a day during alert level 4, and was still below 4000 tests per day that has been recommended by scientists as a baseline for monitoring for any community transmission. 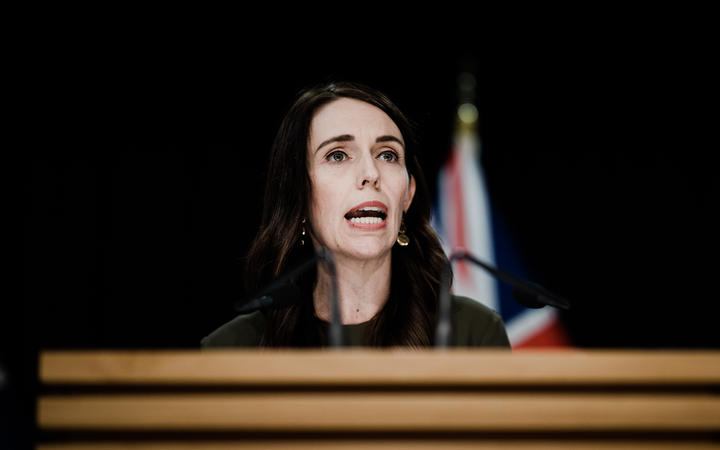 Ardern said there were plans to increase testing of staff at airports and isolation facilities and to equip GPs to ramp up testing, in hopes of increasing test numbers.

If people were asked to stay home due to Covid-related reasons, there were provisions for it, she said.

"You're covered by Covid-related costs."

Health Minister Chris Hipkins said most people in managed isolation were doing the day three tests, but everyone had to do the day 12 test, and get a negative result to be able to leave the facility.

Asked about the possibility of a trans-Tasman travel bubble, she said the government would not open such a bubble until it was safe to do so.

"That is not right now, and it will not be for some time to come."

She said it would come down to Australia's decision-making and tight border controls.

That followed news this afternoon that Auckland Airport had a plan in place to separate parts of its international terminal in anticipation of a safe travel bubble with the Cook Islands.

On that, she said a legal arrangement with protocols for prechecks for arrivals and departures, with health declarations, needed to be in place.

She also highlighted New Zealand's relative economic strength in the wake of the pandemic.

In other politics news today, Ardern and National Party finance spokesperson Paul Goldsmith spoke about their plans for the economy.

Ardern said Labour's economic plan was to focus on Covid recovery with investment in training and jobs, and that National's plan to reduce debt would mean $80 billion in cuts.

Goldsmith said a National-led government would enable business growth by keeping taxes low and pushing back against regulations.