Prime Minister Jacinda Ardern said Labour's economic plan is to focus on Covid recovery with investment in training and jobs, and that National's plan to reduce debt would mean $80 billion in cuts. 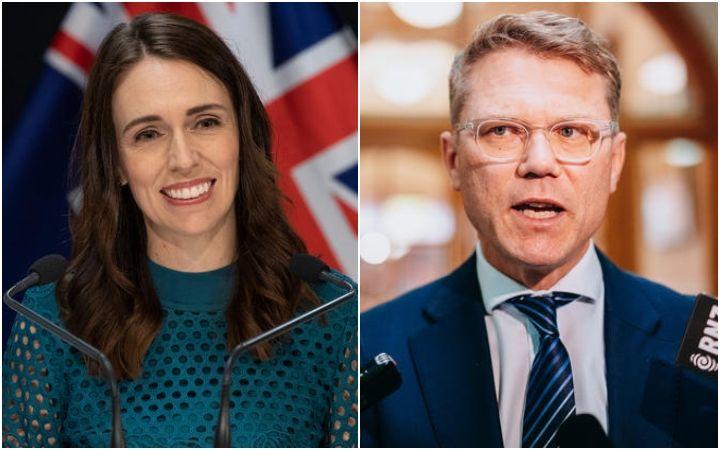 Ardern said the government plans to stay the course if re-elected and people shouldn't expect any surprises with economic policy.

"Our plan, particularly our economic plan - investing in training and skills, our significant focus on infrastructure and jobs, the work we're doing to maintain our international trading position - that five point plan is really giving a strong indication of the momentum we want to maintain should we be re-elected.

"What we'll be doing over this election period is, yes, adding some additional aspects, but I would flag to voters not to expect large scale manifestos that are a significant departure from what we're doing.

"Ultimately, what needs to be done, we are already rolling out."

Ardern said the focus would remain on recovery from Covid-19 and its economic impact.

She said the National Party's target of getting debt back to 30 percent within 10 years would mean dramatic cuts.

"I fundamentally disagree with the approach put out by the opposition. They are yet to tell us how they will achieve their 30 percent target which could mean up to $80 billion worth of cuts.

"What we've said is that putting ourselves in the position we did going in, where we had debt down to about 20 percent, means that we are well placed to pay down that debt over a longer period of time.

Ardern said that New Zealand's strong economic position means there is no need to make drastic cuts to public services.

"We are in a much better position than most [other countries] which is why I will not have the next generation pay, through austerity measures, that means we're unwilling to support them into jobs and making sure they have income support - which seems to be what the opposition is suggesting."

National's finance spokesperson Paul Goldsmith told Morning Report that it wasn't true there would be $80b in cuts.

"The prime minister's only response to why she doesn't have any plan to reduce debt in the long term is to make it up about the National Party, I think it's a pretty sad situation."

"What we're talking about is very long term projections and how we steer a path back to lower levels of debt."

Goldsmith said the only reason the government was in a good position going into the Covid-19 crisis was because the previous National government was "careful".

He acknowledged that, right now, it is appropriate for the government to spend and increase debt, but that on its own is not enough.

"You can't just spend government money to create jobs, the primary creator of jobs is private sector investment - the tens of thousands of business owners, small and large, taking on an extra person and expanding their business.

"It's important the government enables that entrepreneurial activity to happen rather than replacing it."

He said a National-led government would enable business growth by keeping taxes low and pushing back against regulations.

He said he would also bring back 90-day trials for employers so they can "take a risk" on hiring new staff.

"We want to have an employment-friendly environment where people feel confident to take a chance, hire a person, and expand their business and we want to make it easier for that to happen."