Analysis - A new political poll has done little to boost National's confidence seven weeks out from an election. 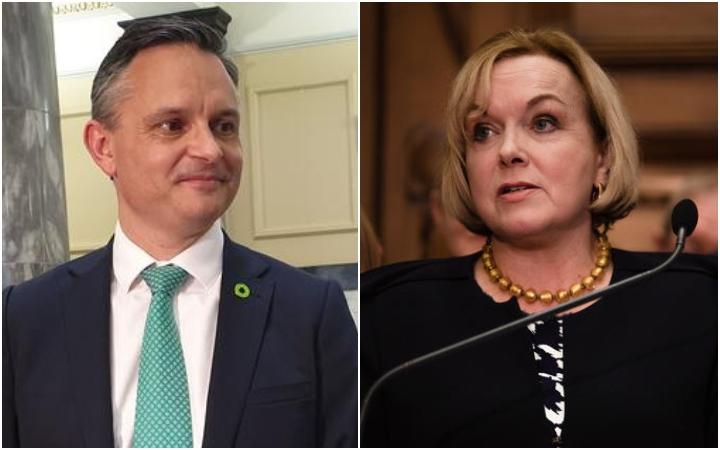 National dropped six points to 32, in the 1News Colmar Brunton poll, while Labour's star continues to rise - up three points to 53, meaning the party could govern alone.

There's no two ways about it, 32 is not a comfortable position for the National Party to be in just a week out from hitting the campaign trail.

In terms of seats in Parliament it would only give the party 41, which would leave 13 National MPs out in the cold come 19 September.

Collins is looking on the bright side of life, and says there's a lot of acknowledgement the party has had a rough few weeks and this poll is a positive start.

She has previously said 35 percent is the number in which a leader should hand the reigns over to someone else.

But Collins laughed at the suggestion she might follow through on that, saying it's not on the cards.

She says this poll is more in line with the party's internal polling.

"We are actually now really starting to get some traction, we've had a tough couple of weeks of some big issues having to be dealt with.

"But I'm very confident we're moving in the right place,'' she says.

On Sunday the Newshub Reid Research poll had National plummet to 25.1 points, while Labour skyrocketed to 60.9.

Collins and her deputy Gerry Brownlee outright dismissed it from the minute it landed, saying it was a rogue one-in-twenty poll.

The only real positive for Collins in last night's Colmar Brunton was her preferred Prime Minister and approval rating.

She came in well ahead of both former leaders Simon Bridges and Todd Muller with 20 percentage points for preferred PM and an approval rating of +27.

She well outscored Muller's +10 and Bridges -40, during their leadership tenures.

But Labour doesn't want to focus on Collins' improved likeability.

"What we are seeing in this poll is that actually Judith Collins is taking National down six [points] from where Todd Muller was in the last Colmar, and that's a bad start. What we are not seeing is kind of that big bounce to the party," she says.

Woods says there's a widening gap between Labour and National.

That said, Labour's keeping its eye on the prize.

"We are not taking anything for granted, we need to keep demonstrating to New Zealanders that we've got a plan and now is not the time to change course or captain," she says.

The Greens would just make it back in on this poll and co-leader James Shaw says consistently getting to the five percent threshold is a huge win.

"I mean we're glad that we've defied the odds and stayed above five percent throughout the term.

"That's a historical compared to support parties in government for most of the last 20 years, but we're absolutely not resting on our laurels,'' he says.

Shaw says he expects the race to get more competitive on the campaign trail in coming weeks, as the visibility of all political parties increases.

One party already getting noticed is ACT.

For the first time in 17 years the party hit five per cent in this poll, which would give leader David Seymour five friends in Parliament.

It's not good news for New Zealand First though.

With just two percentage points the coalition partner would be out of Parliament on this poll.