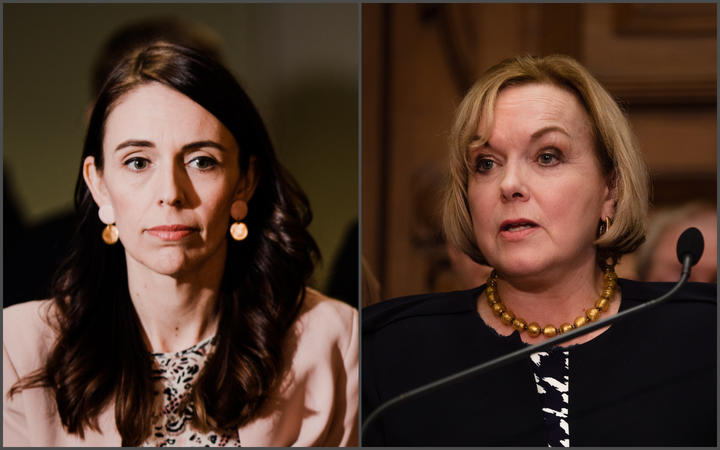 The New Conservatives and Māori parties were each on 1 percent.

On those results, Labour could govern alone.

Collins had a 27 percent approval rating as National leader, however, considerably higher than Muller and Bridges.

On measures of people's trust for the party leaders, Ardern was at 82 percent, Collins was at 47, and Peters was at 34 percent.

The new poll followed one from Newshub-Reid Research on Sunday which had the National Party's popularity sinking to new lows.

That survey - the first since Judith Collins took over as leader - showed National slumping to 25.1 percent.

That was down from 30.6 percent in May, a result which spelled the beginning of the end for then-leader Simon Bridges. Labour was on 60.9 percent - up 4.4 points.

Speaking from the campaign trail in Palmerston North, Collins told reporters she felt "very strongly" that the results were "clearly false".

National released its internal polling to MPs on Tuesday, and, on Wednesday, Collins told Morning Report that the results were "close to" 47 percent and 36 percent, presumably in favour of Labour.

Dave Cormack, political commentator and former policy advisor to the Greens, told Checkpoint he did not think tonight's poll showed that the last one was "rogue". Instead, he thinks it reflects the period which people were polled.

"There hasn't been good news for National for a very long time. I suppose this week's been good insofar as no one has resigned."

Roy said Collins would be happy with the upward trend for her as leader compared to her predecessors, but would not be satisfied with 20 percent as preferred Prime Minister.

"She'll be striving hard to lift that," she told Checkpoint.

She said she expected National's support to rise and Labour's to drop before the election.

Roy said National would need to pull something "revolutionary" out of the bag for New Zealand's economy to be able to get their support up.

Cormack agreed National needed to announce a policy that could get people excited.

"I'm sure there will be a 10-lane road announced in the coming days," he said.

Cormack said Labour will be reluctant to announce any policy that risks alienating voters while they're polling at such high numbers.

Both agreed the poll indicated New Zealand First and its leader Winston Peters were in serious trouble.