National leader Judith Collins is doubling down on trashing a recent poll that put her party on 25 percent support, but still won't reveal her party's internal polling. 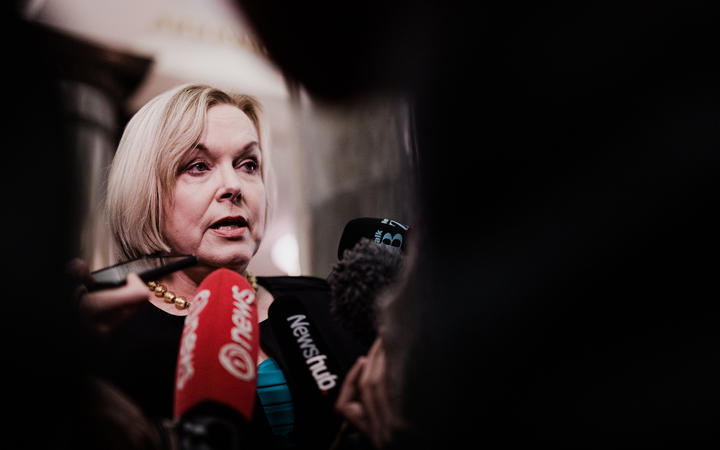 National released its polling to MPs yesterday, and Collins told Morning Report that the results were "close to" 47 percent and 36 percent, presumably in favour of Labour.

"We poll every week and we look at the rolling average over three weeks, we also look at daily things but I'm not going to give you exact numbers. But it's not out of the ballpark, that one."

She said the polling was done at the name time as the Newshub-Reid Research Poll, and claimed that recent polls were "even better".

"We poll every single week so we know where we are polling."

Asked why she was trashing the Newshub poll, she said: "Because it deserves to be trashed actually. What we've got is it can't be a reasonable poll when we are hearing about the push polling of 'do you agree that Jacinda Ardern is the saviour of New Zealand economy' ... I am very happy to trash that poll."

Collins was also asked about issues of trust and her incorrect claim the no prisoners escaped while she was minister for corrections - which she has since said was a joke.

She doubled down on that, too.

"People should wonder about a media who are looking at something where I am in full flight in a public meeting and we are talking and joking and people are laughing at my jokes and that is one of them."

Asked what the point of the joke was, Collins said: "It's a public town hall meeting, people want to be entertained... It's called humour and actually, people need a bit more humour in their lives. If they were a little more happier we wouldn't actually have people looking so sad all the time."

When it was put to her that the world was in an era of fast news and so called fake news, along with the challenges of identifying subtleties across platforms, Collins said: "Do you know what... I just think we live in a humourless world and it's time we all had a jolly good belly laugh and we'd all feel a lot better.

"Honestly, you can always tell my jokes because either an eyebrow goes up or the other thing that happens is everyone is laughing because, I am told, my jokes are funny."