National leader Judith Collins has promised to release the party's internal polling to her own MPs tomorrow to prove last night's poll was an outlier. 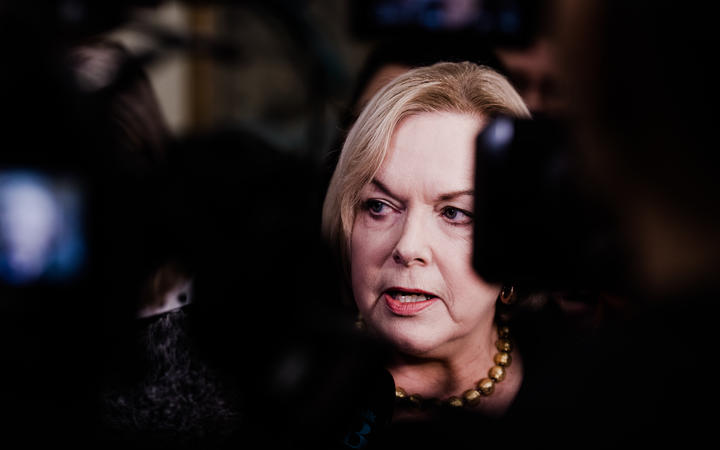 Both Collins and campaign chair Gerry Brownlee this morning rubbished the poll as a "rogue" result, out of kilter with its own internal poll.

Speaking from the campaign trail in Palmerston North, Collins told reporters she felt "very strongly" that the results were "clearly false".

"We have a tremendous amount of support and excitement ... it's just electric."

The party's internal polling had National's support much closer to 40 percent, Collins said.

She said she would share the actual numbers with her caucus at tomorrow's regular meeting at Parliament.

"I think it's important to know how wonderfully we're all doing."

Collins said she was not worried about the bruising poll becoming a self-fulfilling prophecy in which supporters lose hope in the party and jump ship.

"I'm very, very positive," she said. "And I know I have got an incredibly positive team."

National has been rocked by a turbulent month full of resignations, scandals and surprises, not least Collins' sudden coronation as leader.

The latest poll began surveying the public two days after Collins took charge and stayed in the field until the end of last week.

One thousand people were interviewed - the majority by phone and the remainder via an internet panel. The poll has a margin of error of 3.1 percent.

The poll puts the Green Party at 5.7 percent, ACT at 3.3 percent, overtaking NZ First at 2 percent.