Pro-life groups and some National MPs believe the new abortion law is so ill-defined it allows women to end pregnancies right up to birth. 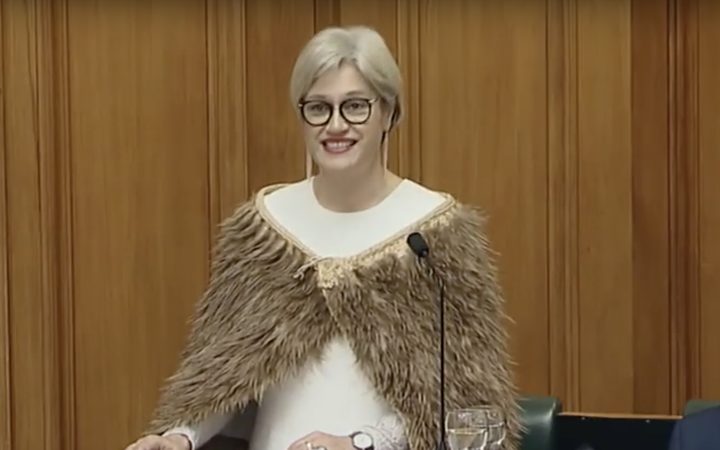 The emotive subject is back in the spotlight after National MP Harete Hipango published a Facebook post accusing the prime minister of supporting abortion up to full-term.

The abortion reform legislation, which takes it out of the Crimes Act, was passed by a conscience vote in Parliament in March.

National list party MP Agnes Loheni who was on the select committee for the abortion legislation said the criteria to have an abortion after 20 weeks is ill-defined.

"What is written in our our legislation definitely supports that you could have an abortion post 20 weeks up to birth. If you look at the words yourself - there are no hoops to jump through because it is so broad and ill-defined. In my view the unborn child now is the equivalent of having an appendix removed," she said.

But, Justice Minister Andrew Little said there was "no such thing as full-term abortion, people who say that are idiots."

The law requires one health practitioner to consult with another and agree an abortion is the right decision for a women who is more than 20 weeks pregnant and must consider: legal, professional, and ethical standards; the pregnant person's physical health, mental health and overall well-being; and the gestational age of the foetus.

Little said abortions after 20 weeks were unlikely to happen, but if they were it would be because the mother's health or life was at risk. If you are not more than 20 weeks pregnant, a qualified health practitioner may provide abortion services.

Loheni said despite only a small number of woman likely to need an abortion after 20 weeks, the law still allowed it to happen within the criteria.

Family First founder, Bob McCoskrie said Little was wrong and needed to check the law itself.

"Andrew Little has admitted that late term abortions up to birth could happen under the new law and make no mistake, the law has been drafted in such a way that it can legally be obtained up to birth. That is the legal outcome of the law change. He can argue all he wants, he can call us all the names he wants to but we will go on the facts," he said.

New Zealand's Abortion Legislation Bill passed its third reading on 18 March, 68 votes to 51 and was given royal assent on 23 March.

Before this, women were required to first see their GP for a referral to then speak to two more doctors, called certifying consultants, before they were allowed to have an abortion. In addition to this, the pills required for an early medical abortion, which are usually taken 24 to 48 hours apart, had to be administered on the premises of a licensed abortion clinic.

McCoskrie believed the terms around abortions over 20 weeks were unclear.

"The terms physical health, mental health and wellbeing are not defined. So given that one of the intents of the law was to make abortion more accessible, it is difficult to imagine many instances in which an abortion can now be refused."

"The actual mechanism of providing a termination after 22 weeks of pregnancy is called a fetucide and in majority of situations what we would do is to inject something to stop the fetal heart before the abortion is performed and it would be very unusual to be doing that later in pregnancy and certainly not at term and it is not something I have ever come across," she said.

Loheni said despite doctors defending low numbers of this late term procedure, the argument was not about numbers, but about what the law permits.

She said many MP's who were for the bill, changed their vote on the third reading because they felt uncomfortable with the "loose terms around the criteria for late term abortions".

"There were 25,000 submissions made... that was considerable given the short amount of time given to members of the public. Of those 91.7 percent of those 2,800 people wanted to make an oral submission."

She said unlike the end of choice bill which had no limit on oral submissions, only 5 percent of people were given the opportunity to do so for the abortion legislation.