The country's first national climate change risk assessment has identified 10 significant areas that need to be urgently addressed by the government in the next six years. 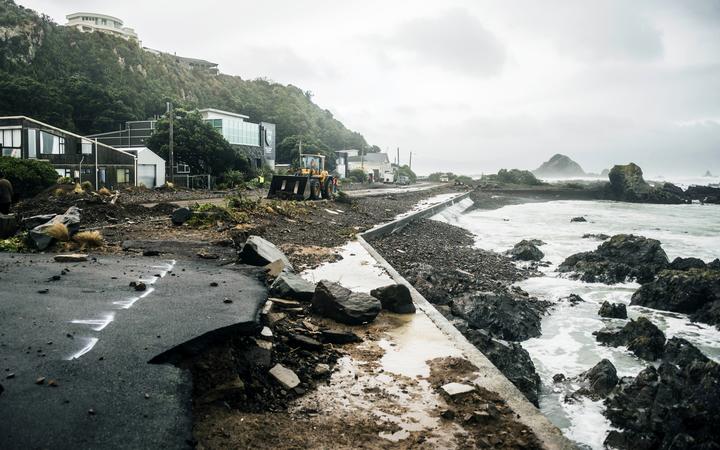 The risk assessment is an overview of how New Zealand may be affected by climate change-related hazards, and will be used to develop a national adaptation plan over the next two years.

The assessment has been done based on a "high-emissions, business-as-usual future, resulting in a projected 67 centimetre sea level rise and three degrees Celsius temperature increase by 2090''.

Large increases in extreme rainfall are expected everywhere in the country and the number of frost and snow days are projected to decrease, the report says.

The National Climate Change Risk Assessment identified 43 risks that could have a major or extreme consequence to New Zealand.

Of these, there are 10 risks the reports says require urgent action in the next six years.

The opportunities are higher productivity in some primary sectors due to warmer weather; businesses being able to provide adaptation-related goods and services; lower cold weather-related mortality, and lower winter heating demand.

Māori will also be disproportionately impacted, including, risks to social, cultural, spiritual and economic wellbeing from loss and degradation of lands and waters, and from loss of species and biodiversity.

Also, risks to social cohesion and community wellbeing from displacement of individuals, families and communities, and risks off exacerbating and creating inequities due to unequal impacts of climate change, the report found.

Minister for Climate Change, James Shaw, says today's report shows "the progress this government has made to solve the climate crisis is essential to creating cleaner and safer communities across New Zealand''.

"Because of this report, we can see clearer than ever that the action our government is taking to reduce emissions is essential for making sure we pass on a safer planet to our children and grandchildren," he says.

"Many of the risks we face can be traced back to the failure of previous governments to take any meaningful action to cut our emissions.

"However, whilst most New Zealanders already know that climate change is a problem, what we haven't had until now is complete picture of exactly what the consequences of this previous inaction are," Shaw says.

"Whether it's passing zero carbon legislation, fixing the Emissions Trading Scheme, or supporting public institutions to switch to clean energy, we have been working to avoid worst impacts of climate change since the moment this government formed.

"We know the window of opportunity is small and the task is large, but we have shown again and again that we are equal to the challenge ahead," Shaw says.