Unwanted pine forests could be turned into "boutique" nature blocks to stop dirt clogging seabeds, if a new study gets funding. 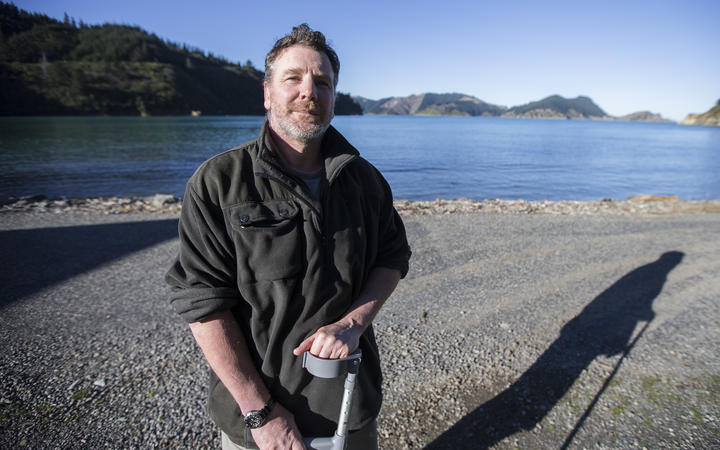 In a "landmark" move, marine farmers, forestry harvesters and Marlborough Sounds residents have asked for a feasibility study into a 'land transition fund' that would allow landowners to convert their plantations into more eco-friendly alternatives.

Scientific papers released over the decades have proven harvesting blocks in the Marlborough Sounds causes sediment to wash down steep slopes into coastal water, affecting its quality.

The study was first put forward by the Sounds Advisory Group at the Marlborough District Council's annual plan submission hearings last year, but deferred to a committee for discussion.

Group member Eric Jorgensen told councillors last week the fund would incentivise the retirement of erosion-prone slopes and the creation of catchment buffers in an "equitable and just way".

"It is both innovative and seeks to ensure no party is unjustly penalised when dealing with this issue," a report he headed said.

Conifers had long been an issue in the region since the 1970s and 1980s, when the government paid landowners to plant the trees.

"This council said 'hang on a second, we've got some issues with this because we don't think it's going to work in the [Marlborough] Sounds. We think our soil is the wrong type'. That was put aside by the government of the day who said 'look, it's going to be a 30-year project, we'll resolve all of that during that time'. Nope, fail."

Jorgensen said Marlborough had to work out how to do better.

"What do you do when you've got a person or a family [with] a block of land in the Sounds, that is actually their retirement fund? You can't say 'no, you can't harvest that, sorry, bad luck, bad investment', when actually they were incentivised to do that."

Potential alternatives, which had yet to be explored, could include carbon farming, honey production, bike or walk trails, tourism, scientific studies, boutique nature lifestyle blocks or homestays.

Setting up the fund would require a "significant" investment.

If set up, the land fund would complement rules already in place under the council's Proposed Marlborough Environment Plan.

The plan said the council would look at ways landowners could convert their wilding pine blocks to alternative forestry species or land use blocks, and consider providing incentives to switch.

But these rules would not come into effect until separate appeals from the MFA, Aquaculture New Zealand, New Zealand King Salmon, and Friends of Nelson Haven and Tasman were resolved.

It could also be linked in with phase two of a multimillion-dollar project to clean up the Te Hoiere/Pelorus Sound catchment, run by Te Tauihu (top of the south) iwi, local and central government.

The proposal was supported in principle by the Marine Farming Association and the Forest Owners Association, the report said.

Jorgensen said the study was "something of a landmark".

"If I was going to do a presentation, I probably would have started with a Venn diagram which would have had three circles: the Marine Farming Association, the Forestry Industry Association and it would have had the [Marlborough] Sounds communities. They wouldn't have been anywhere near each other," Jorgensen said.

The Marlborough District Council last week agreed to put $50,000 towards a feasibility study for a Marlborough Sounds 'sustainable land transition fund', but only if central government pitched in too.

Funding the feasibility study was estimated to cost a total of $100,000, with $50,000 to be sought from the Provincial Growth Fund. If the bid was unsuccessful, other avenues would be tried.

Councillor David Oddie, who criticised the forestry industry during his local election campaign last year, said he was happy to support the feasibility study, despite having "a bit of scepticism".

Councillor Jamie Arbuckle also spoke in supported of the study.