The principle that women and men doing the same job in the same workplace should be paid the same is long-established, but the new law extends that to comparable workplaces.

It establishes a bargaining process for using such comparisons to determine fair pay. 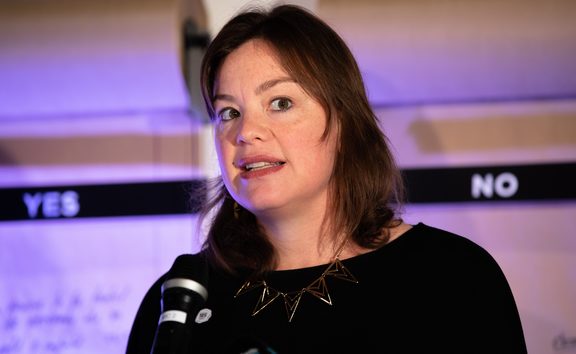 "We have had a long history of paying women-dominated workforces less. Because this has gone on for so long it has become normalised..."

It was late in the night by the time the Bill was passed - something that irked National's Maggie Barry.

"I find it extraordinary that in the midst of Covid recovery challenges and the issues facing the economy, that a Bill of this kind - and in the same way, the previous three bills - are being done under urgency at six minutes to midnight.

"It is unnecessary and bizarre and reflects badly on the way the government has organised its legislative programme."

However, Barry and the National party supported the Bill.

The Equal Pay Amendment Bill was triggered by a claim that went to the Supreme Court in 2014, in which it was argued that aged-care workers were underpaid because they were mostly women.

Kristine Bartlett started the process eight years ago when she fought a long battle against a rest home company and secured a $2 billion pay equity settlement for caregivers.

She is overjoyed that the new pay equity law has been passed but it has been slow progress.

"I did realise at the beginning it wasn't going to happen overnight and I knew Rome wasn't built in a day. I knew it would take a long time.

"In saying that, the time has gone really quick, because it's just been ongoing and then I thought when's the day going to come when it's going to be a law so that has taken a long time from beginning to end."

Bartlett was named New Zealander of the Year in 2018.

The Council of Trade Unions said the pay equity law has secured a way to address systemic sexism and discrimination in the workplace.

President Richard Wagstaff said working women have been campaigning to equalise the gender pay imbalance for decades and have secured almost 80,000 settlements in the past four years.

He said the law now provides structure and support to fix a system where women are paid less because of their gender and would ensure pay discrimination based on gender becomes something for the history books.