Prime Minster Jacinda Ardern has swept through Taranaki today to launch the new energy centre and announce $48m for infrastructure, fending off questions over Parliamentary scandals as she went. 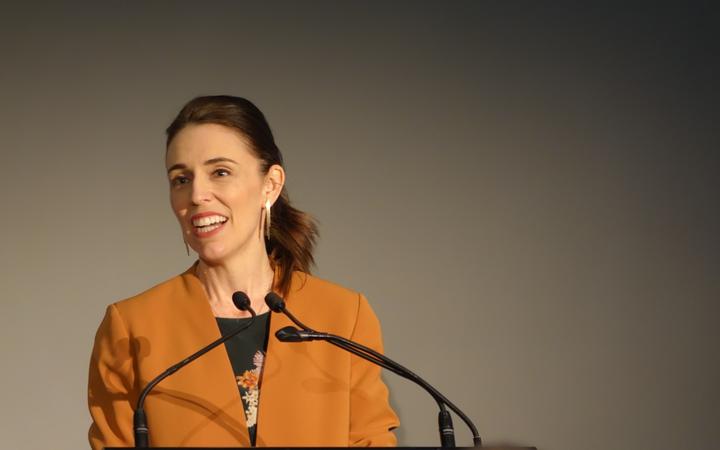 She even found time to pay an overdue to visit to students at Manukorihi Intermediate.

About 200 invited guests filled the Len Lye Centre today, many hoping the prime minister and Energy Minister Megan Woods would provide a new name for what had until today far been known as the National New Energy Development Centre.

"No-one workshopped that name ... let's be honest, it's rather unpronounceable even as an acronym as well, so today it becomes Ara Ake - Future Energy Development," Ardern said.

She said the two words together represented new pathways and a call to realise that change was normal and had the potential to be exciting too. 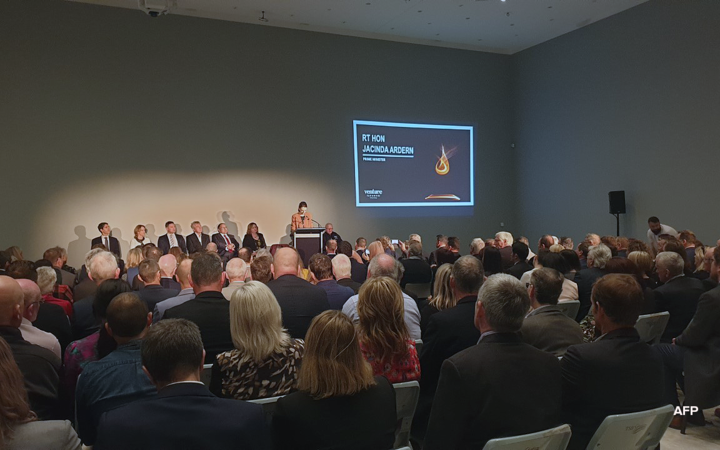 Announced a year ago, the $27m venture would lead the development of clean energy technologies and help businesses create high-paying local jobs.

Ardern said the centre would be central to Taranaki's future.

"This centre and the work that it will do, its time has come," she said.

"This is the right time to be launching into this space. Taranaki for some time to come will still continue to be a key player in the oil and gas industry, but we must plan for the future because the future is upon us."

A small group from Climate Justice Taranaki picketed the event. Emily Bailey said their qualm was with the centre's focus on hydrogen. 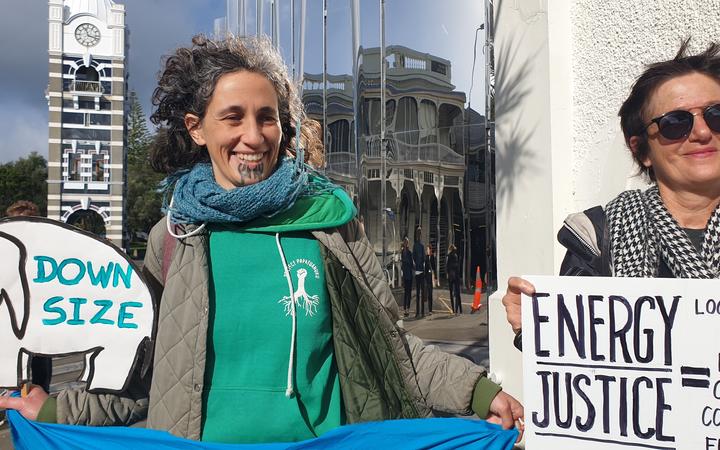 "What it looks like they want to do is, like, do it big scale for export to make it economically viable and we just don't think that is on, because first they are going to have to use gas, and secondly they are going to have to use a big corporation to fund their renewable energy, and we are more interested in small, community owned energy that's actually sustainable."

Energy Hydraulics Limited has developed a device that generates electricity from wave power, but recently missed out on Provincial Growth Funding.

Its owner, Peter Jannings, said he was still waiting to hear how the centre would bring ideas to the market.

"I was just hoping today there would be more depth around how we get seed funding and take projects forward," he said.

"A name is great, a board is great, but we had no structure on how we are actually going to take anything forward." 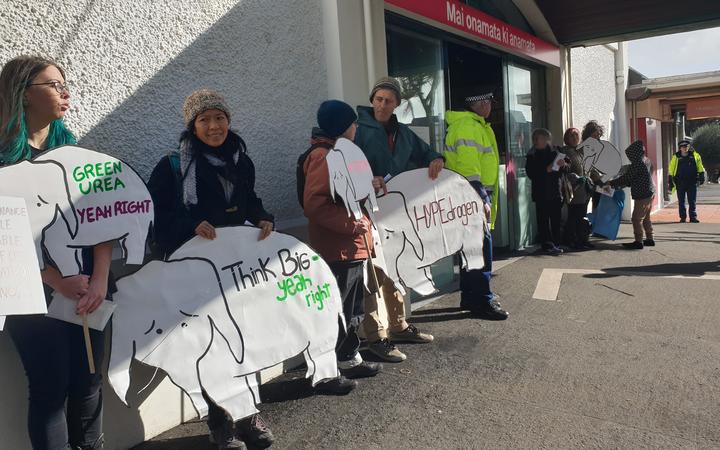 Venture Taranaki chair Jamie Tuuta, whose organisation has been responsible for setting up Ara Ake, said he could see more cash on the horizon.

"Prime Minister, I was sitting with my uncle Sandy here and he had said to Minister Woods he thinks you're an amazing person and he welcomes you with your kete full of pūtea.

"He did ask me, he said 'nephew, are there going to be further announcements today?' Yes, there are, whānau."

The big-ticket item was $20m for the repair and upgrade of the quake-prone Yarrow Stadium in New Plymouth. Taranaki Regional Council owns the stadium. 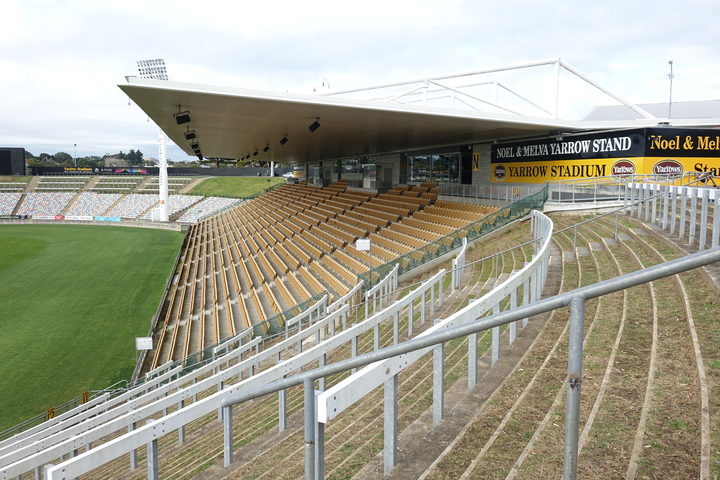 Its chair, David MacLeod, said the cash injection would save the $50m project in its current form.

"The fact is Yarrow Stadium - with the climate that Covid has left us in, in the Taranaki economy - was very much at risk of actually being able to be built in the way we planned over a year ago. 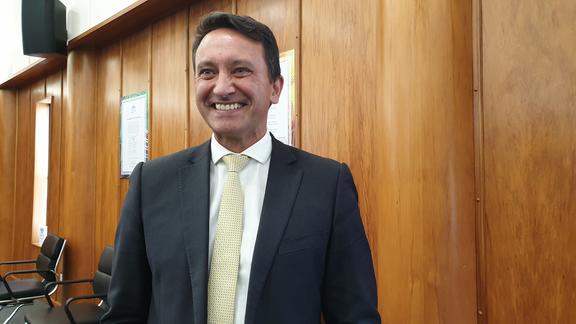 "So this help from government basically kicks that back into life again."

There was also $8m to build an indoor aquatic centre in Stratford and $3m for a new library, arts and culture centre in Hawera.

Before media questions were put to the prime minister, she made good on a promise to visit students of Waitara's Manukorihi School, after cancelling an earlier event due to the Covid-19 pandemic.

Principal Fiona Low said there were plenty of questions.

"One of them wanted to know what was the hardest part of her job? Another good question was did she get any down time?

"We call her Aunty Jacinda so one of the kids asked if she minded being called that? Which was quite lovely."

Ardern even shared some observations about Russian leader Vladimir Putin.

"A really neat question was what was it like working in the Beehive around so many special people? And she told a story about when she met Mr Putin from Russia and what that was like and how she was, I suppose, star struck about that ... but the thing that she probably thought was funny at the time was that he was a lot shorter in real life than he appeared on the television."

The students there were happy to see Ardern in real life, while other locals were looking forward to seeing the fruits of a much needed cash-injection.