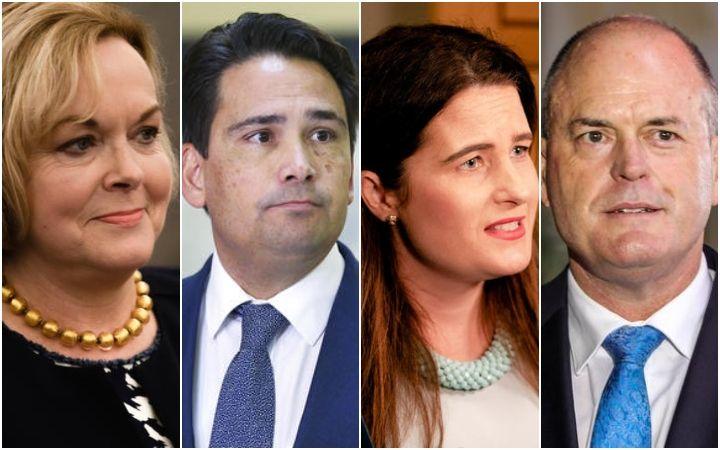 The reshuffle was sparked by this week's leadership change and the resignations of senior MPs Nikki Kaye and Amy Adams.

Both Kaye and Adams were loyal Muller supporters, but Judith Collins said their resignations were not linked to her leadership.

"I'm really pleased that both Amy and Nikki are making decisions that they are happy with. I'm not so happy that they're leaving, but I understand it."

The deputy leadership role had taken a big toll on Kaye, Collins said.

"They have my eternal gratitude and respect for the way they have behaved, particularly over the last week, or even the last few days."

Adams was offered a "very senior position," she added.

Muller, who resigned as leader on Tuesday, has been handed the trade portfolio and will be ranked number 8.

He is going to have a few weeks away from Parliament, Collins said.

"He is feeling very, very happy with the trade portfolio and he is keen to come back, as soon as he is able, to part of our team at a senior level," Collins said.

"I have long been of the view that Simon should be justice and he has clearly always wanted foreign affairs, so he has got both.

He has taken the justice portfolio from Mark Mitchell, the only MP to challenge Collins for the leadership, who has tumbled down the rankings.

The party's transport and infrastructure spokesperson Chris Bishop has also been promoted to the front bench and is now the Shadow Leader of the House.

Nicola Willis has picked up Nikki Kaye's education portfolio and has been bumped up one spot in the rankings to 13.

Kaye was "absolutely adamant Willis was the right person for the job", which coincided with Collins' view, she said, adding Willis is an "an extraordinary person."

"She'll be excellent as a minister of education." 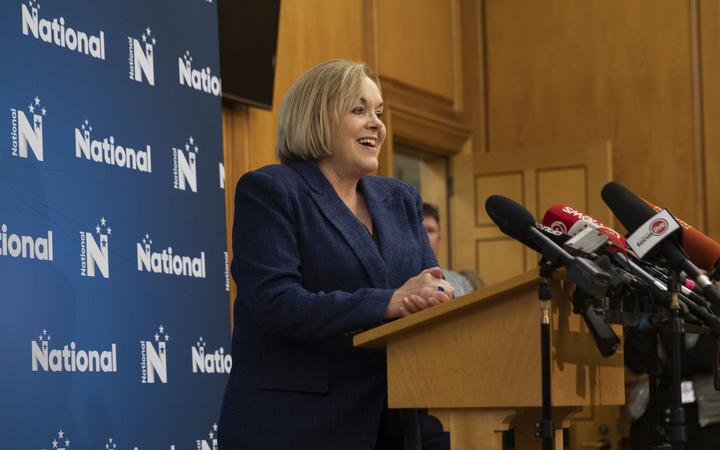 "By putting agriculture on the front bench we are making it very clear to the rural and provincial New Zealand that we understand the importance of agriculture to our economy and to our country as a whole," Collins said.

Collins spoke to every MP last night, before announcing the reshuffle this morning and said she enjoyed the process of forming a shadow cabinet more than she expected.

"This is a winning team. My hardest issue with this was, who didn't get into the shadow cabinet... at least I don't have the problem Jacinda Ardern's got."

Collins said she will be making a major announcement tomorrow. 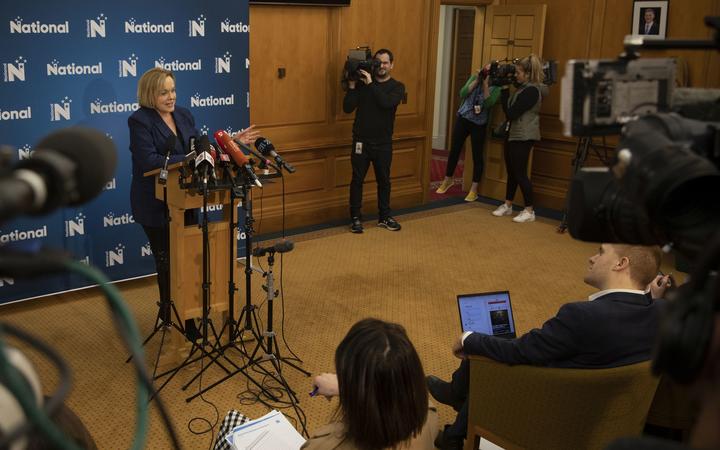