Former National Party deputy leader Nikki Kaye and senior MP Amy Adams have both announced their resignations this morning ahead of a reshuffle. 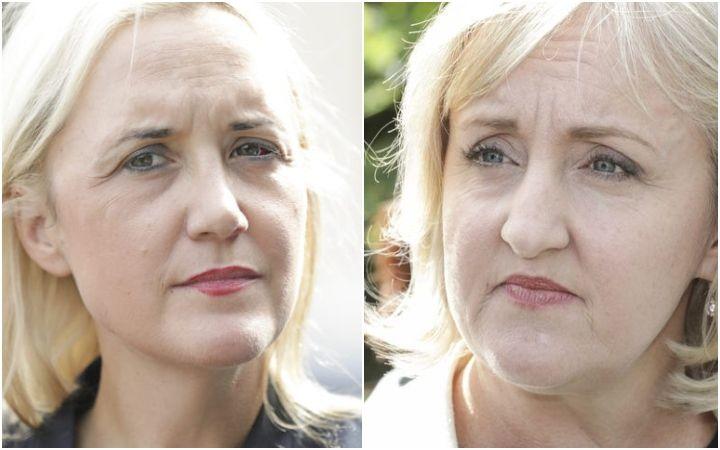 National MPs Nikki Kaye and Amy Adams have both announced their retirement from politics this morning. Photo: RNZ

Kaye, the Auckland Central MP, said that she had advised party leader Judith Collins of her resignation yesterday.

"I made the decision not to stand for Leader or Deputy on Monday and I offered my support to Judith prior to the caucus vote. While Judith made it clear to me that I would be part of her senior leadership team and education spokesperson, I am ready to retire. I believe Judith is absolutely the right leader for the party at this time and I will be supporting Judith and the party to win this election. New Zealand needs National," Kaye said in a statement.

"While I don't think it was possible to predict the events that have occurred, what I have learned from breast cancer and other life events is you can't always predict what is around the corner. I have huge respect and admiration for Todd, Michelle and their family as they work through this difficult time. I hope that people continue to show compassion for Todd.

"I have spent most of my adult life serving the public and the National Party. This is personally the right time for me to leave. Cancer has taught me that life can change in a moment and I am ready for the next chapter."

Kaye said she was proud of all the work she had achieved in her time as MP for Auckland Central for 12 years, deputy leader and Cabinet minister in the governments under John Key and Bill English. "I have always tried to be a strong advocate for freedom and personal liberty during my time in Parliament particularly around conscience issues. I also hope that the work that I have done in areas like education has made a positive difference to young people."

She told Morning Report people that knew tried to stop her from retiring, but it was time for her to leave.

Senior MP Amy Adams has also announced her departure from politics. The MP for Selwyn had put on hold plans to leave Parliament ahead of the 2020 election, to take the number three spot in Todd Muller's cabinet.

Collins, who is to announce a reshuffle this morning, issued a statement thanking both Kaye and Adams for their contributions to politics.

"They are both highly-skilled professionals who will continue to make a difference in their next careers," the statement said. I thank them for everything they have done for the National Party and New Zealand politics over the years, and I wish them the very best for the future."

Collins had said today's reshuffle was to be a minor one, but it now looks likely to be much more significant.

In her first day in the job, Collins yesterday demoted senior MP Michael Woodhouse, dropping him from the health spokesperson role because of his involvement in the Covid-19 data leak saga.

In the wake of the revelations Boag resigned from her campaign and electorate roles for Kaye.

Boag was responsible for leaking Covid-19 patients details to National MP Hamish Walker, who announced he won't be standing again at the election.

Confirming she would be stepping down, Adams said she was asked in May to stay on as a list-only candidate and take on the role of co-ordinating National's Covid-19 recovery policy framework.

"With Todd Muller's decision to resign the leadership the most important issue for our party was to get a strong and effective leadership team in place without delay and I am proud at the way in which the caucus managed this. I am in no doubt that in Judith Collins we have the right leader for the challenges ahead and Judith and the team have my full support."

Adams told Morning Report she was prepared to stay on to coordinate Covid-19 policy, but not the different role that was offered.

"I'd already come to terms with the fact that I was going to sail off into the sunset and have a nice quiet life and then Covid-19 came along.

"I was offered the pretty incredible opportunity to coordinate our policy response to Covid and that was something I couldn't turn down.

"Everything's changed in the past few days ... we have a new leadership team in place, they're the right leadership team. I certainly back them fully.

"They're rearranging what they need and while Judith was very gracious and made it very clear there'd be a role here for me It's not the same role and that's the role I stayed on to do.

"She's got every right to do that, I support her fully."

'Kaye has got her entire life ahead of her'

"It was apparently because of Amy Adams and Nikki Kaye that Woodhouse didn't disclose that earlier to the public."

He said it was not resignation-worthy but "maybe Nikki Kaye thought it was time to move on".

"Nikki Kaye has got her entire life ahead of her. She's been in Parliament for 12 years, she's probably the hardest working and most effective electorate MP I have ever come across. She's just absolutely passionate about the constituency."

He said being deputy leader must have been a stressful job but she was a competent education minister.

"She is a very hard worker ... perhaps right now she wasn't the perfect deputy leader in these circumstances."

Thomas said there was no shame in Kaye leaving politics to pursue another career. 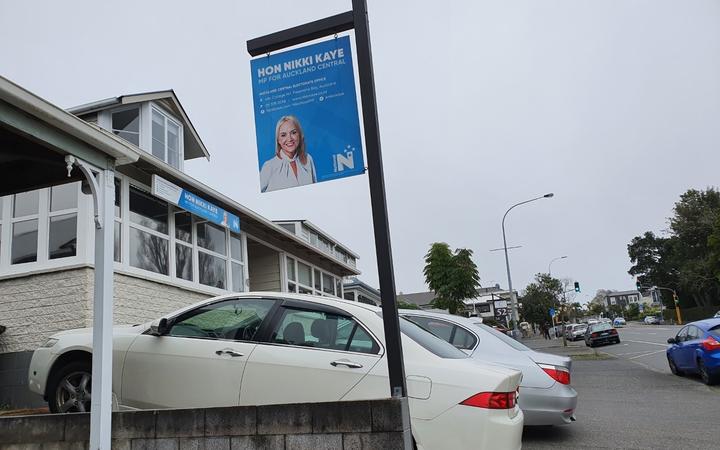 As deputy leader, Kaye did not have a smooth run, incorrectly saying Paul Goldsmith was one of the Māori MPs in the shadow cabinet, leaving Goldsmith to contradict her.

She became deputy - taking over from Paula Bennett - in May, alongside Todd Muller, who had rolled Simon Bridges from the top job. Muller resigned suddenly on Tuesday morning saying it had become clear to him that he was not the best person for the role and it had taken a toll on his health. Kaye chose not to seek the job again when Muller stepped down and was replaced by Gerry Brownlee.

Kaye won the former Labour stronghold of Auckland Central in 2008. She was re-elected in 2011 and 2014 - beating Jacinda Ardern, then a Labour list MP. She stepped back from her roles while receiving treatment for breast cancer, and returned to defend the seat in 2017.