Analysis - The National Party has been thrown into utter confusion by Todd Muller's resignation and now the caucus has to find someone prepared to take a hospital pass. 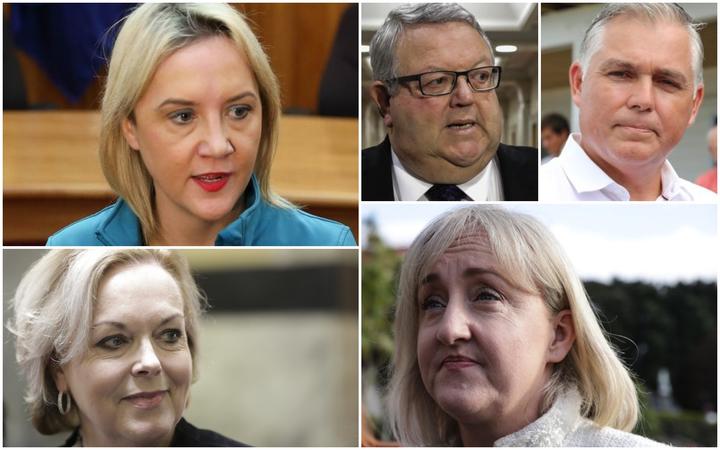 Who will be the next leader of the National Party? Photo: RNZ

Just as National thought things couldn't get any worse, it's been left without a leader 67 days from an election.

Todd Muller's stunning resignation has thrown it into chaos and the best it can hope for now is avoiding a devastating rout on 19 September.

Muller had an awful run as a new leader and Hamish Walker's health information leak essentially brought him down. He handled it badly, he was indecisive, there were suggestions he had lied to the media. At the weekend he went dark, refusing media interviews, and he may have known he no longer had the confidence of his caucus.

A very unusual event occurred on Thursday night last week, according to Stuff. National's MPs held a caucus teleconference at 9.30pm. Muller faced criticism over the way he had dealt with Walker and over the big economic speech he delivered that week.

It's never good to have MPs making disparaging comments to the media about the leader, and it seems the caucus might have decided Muller wasn't what they had hoped for.

The way he had dealt with Walker after the MP confessed to leaking the Covid-19 health information did Muller no good at all. After Walker told Muller what he had done, Muller received a letter from the MP's lawyer warning him against naming him. Privacy reasons were cited.

At that point, Muller should have gone public, named Walker, and kicked him out. A junior MP was threatening the leader, which was untenable. Instead, Muller dithered. He sought his own legal advice and it wasn't until after the government announced an inquiry that Walker released a statement of his own admitting to what he had done.

That was weak leadership from Muller, and his MPs must have known it.

What now? A new leader must be chosen, but Muller's announcement was so totally unexpected that no potential replacement has had time to get their act together. It's going to be a hospital pass, and who wants it? As political commentator Liam Hehir told RNZ: "The only thing that is clear is what a disaster it is."

Nikki Kaye is acting leader because she was Muller's deputy, but does she want the leadership, and would the caucus give it to her? Jacinda Ardern managed to save Labour from disaster before the last election but it's unlikely Kaye could pull off something similar.

Ardern energised mainly young Labour voters and Jacindamania took off. National is a different party, its voter base is older and they won't react the way Labour voters did.

Inevitably, Judith Collins is being mentioned. It doesn't seem likely she would want to go into an election without at least a reasonable chance of winning it.

There are suggestions an experienced long-term MP such as Gerry Brownlee could fit into a caretaker role, pulling the party and the caucus together. But a caretaker won't cut it with voters, because the leader of the opposition has to present themselves as the next prime minister.

There's the highly competent Amy Adams, a former senior minister, but she had decided to retire from politics before changing her mind when Muller took over. Making a bid for the leadership would be a huge decision for her.

Then there's Mark Mitchell, who has been on the fringes of the leadership contests in the past, and who might fancy his chances this time.

Right now it's doubtful any of the party's MPs know what to do or who to choose. When they do make a choice, it could be just as surprising as Muller's resignation was.