New Zealand First's convention kicked off today without the crowds and energy that usually comes with an election year. 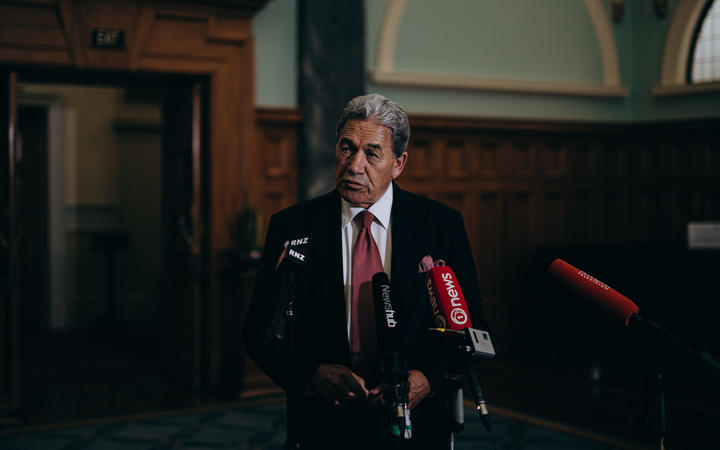 About 150 members joined Winston Peters and his caucus in Auckland, just nine weeks out from decision day.

Unlike previous years, the doors were closed to media when the two-day convention got under way.

Remits debated during this afternoon's policy session covered such topics as an overhaul of the health system, help for first-time farm owners and replacing conscience votes in Parliament with binding referenda.

A bid by a male Young New Zealand First member to make sanitary products GST-free was voted down by a big majority.

Earlier in the day Peters told reporters he had no doubt the National Party will pick up the phone to him after the election.

He says National has a bad track record with coalition negotiations, and his party was offered seven Cabinet positions in 2017 but no real policy wins.

''When people start writing you off or saying we'll do this, like Simon Bridges did or others have said, well I've heard it all before and the first call on election night is from them,'' he said.

Peters also told reporters it was raw meat that affected his health a fortnight ago, meaning he had to have surgery and postpone the party's campaign launch.