Director General of Health Dr Ashley Bloomfield advised to stay in alert level two for most of June, according to a review released by the government in a second tranche of documents relating to the coronavirus response. 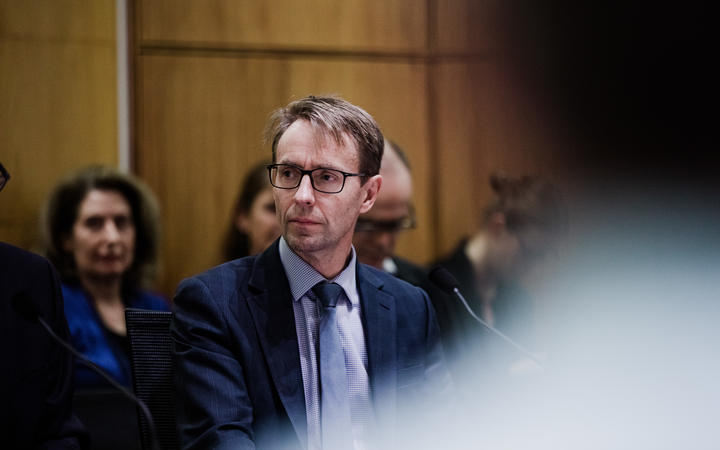 As part of the document dump, the Department of the Prime Minister and Cabinet released the review of Covid-19 alert level two controls.

In the document, the Director-General's recommendation is that at least 28 days - or two transmission cycles - were spent at the full version of alert level 2, before considering a move to alert level 1.

Of the three options in the document the earliest date to consider the move to alert level one was 22 June.

However, the country entered alert level 1 on 8 June.

On 11 May the government received a report which outlined measures that were being considered to reduce the risk of Covid-19 spreading.

It included potentially putting all people with Covid-19 in managed isolation facilities - like is now done at the border.

"This more restrictive approach might be justified at lower alert levels, to prevent the risk of onward transmission to other family members and the wider community to prevent a return to levels 3 or 4.

"There is strong evidence that these people, who are meant to self-isolate and maintain physical distancing measures, are actually doing so, but we cannot be 100 percent sure," the report read.

In another report on 1 May, Bloomfield also indicated that he wanted anyone with Covid-19 during alert level 2 to be placed into managed isolation until they had recovered.

In the report, he said that because of the "increased range of movement" under level 2, "a stronger approach" would be required.

"In the event of a case being confirmed, I intend to require that person to enter managed isolation until such time as they have recovered (shown no symptoms for 48 hours at least 10 days after onset).

"Similarly, their contacts will be required to enter self-isolation and will be actively monitored including up to twice daily visits to monitor their location and any symptoms", Bloomfield said in the report.

Cabinet asked the public service to show "visible pay restraint" as a result of Covid-19.

A Cabinet committee minute from 15 April noted that Prime Minister Jacinda Ardern would be taking a 20 percent pay cut for six months, and that public service chief executives had agreed to do the same.

It also said that the government felt restraint across the whole public sector was "an appropriate response to the Covid-19 context, where private sector employees are experiencing job loss and pay cuts".

Almost $176 million paid out in the government's wage subsidy scheme has been refunded.

The latest figures from the Ministry of Social Development show close to 6000 refunds have been made so far.

All up, $11.9 billion has been paid out through the wage subsidy scheme, supporting almost 1.7 million jobs.

Meanwhile, the papers on income support put the total cost of the 12-week Covid income relief payment at $850 million.

People who have lost their jobs because of Covid-19 can now apply for the special income relief payment; it pays $490 a week for those who are out of full time work.

A report to ministers said 80,000 people previously ineligible for the benefit would be able to get the payment.

Close to 7000 people are already receiving it.

Finance Minister Grant Robertson said it had been difficult to forecast exactly how bad job losses would be.

In a paper issued on 6 May, Treasury advised that the scheme, to buy $60b worth of bonds, came with "significant uncertainty about the returns".

"It is plausible that the programme will return a net gain. However, there are significant downside risks.

"The Bank's best estimate of large but plausible interest rate losses arising from the programme is a net loss of $2.3 billion," the paper said.

Australia has started deporting New Zealanders again, after that had been suspended due to the lockdown.

Officials have been planning how to best manage Australian deportations when they began again.

The policy to deport New Zealanders with a criminal history or those not seen as meeting a good character test has been a point of strong contention between the two countries.

The documents released this morning include a report to Corrections Minister Kelvin Davis in April which said, like all overseas arrivals, deportees will be required to stay in managed isolation for at least 14 days.

It said Corrections was aware of the safety risks deportees may pose if they were put up in the same accommodation as other arrivals.

A team of six people at Manukau Community Corrections will manage arrivals at the Auckland Airport.

A police spokesperson said deportations were postponed from March, but a "small" number of individuals are currently scheduled to be returned to New Zealand from Australia.

Government officials flagged the possibility of requiring people to contribute to their own isolation costs back in April, as they anticipated the return of tens of thousands of New Zealanders.

Figures released today show a number of New Zealanders flew out of the country during lockdown then returned within weeks, many staying at managed isolation hotels.

Sixty people left the country after level 4 restrictions were introduced and returned before May.

Those who arrived back after 9 April would have stayed at managed isolation hotels on their return.

The reasons for travel varied with 20 visiting friends and relatives and 14 travelling in and out of New Zealand for business.

A briefing from the Prime Minister's office, dated April 9, said until a "longer-term border management strategy" had been developed, the cost of providing managed isolation and quarantine facilities "will be met by the Crown".

However it said officials would "consider cost recovery and cost sharing approaches ... particularly for people who are seeking to repatriate after an extended absence".

The government has so far spent about $80m on border isolation facilities, with a budget of a further $300m to see out the rest of the year.

Treasury recommended the government give NZ Post a loan similar Air New Zealand, to help it stay afloat through the pandemic.

In a briefing on 3 April, Treasury warned that NZ Post's cash flows would be "materially impacted" by the level 4 lockdown, affecting the viability of this essential service.

It recommended providing a $150m loan because this would incentivise NZ Post to only borrow what it needed.

Similar to the $900m loan to Air New Zealand, Treasury recommended an arrangement where the government could convert the loan into equity.

However Cabinet rejected this recommendation, and instead agreed to a $280m bailout, made up of $130m from Budget 2020, and a $150m cash injection from the government's Covid Response and Recovery Fund.

The Education Review Office said learning from home during the lockdown did not work for most secondary students studying for NCEA.

In a paper to Education Minister Chris Hipkins the office said a survey found three quarters of students in Year 11 to 13 said they did not cope as well with the workload and expectations while learning from home.

The paper said most secondary students said they could not easily access the support they needed.

In contrast, far more primary school pupils said they got the help the required.

Public criticism for the pregnant and elderly during lockdown

The documents also showed elderly and pregnant women were subjected to public criticism for leaving their homes during lockdown.

The guidance delivered to the Covid-19 Ministerial group for people at higher risk of Covid-19 when entering alert level 3 is part of today's documents release.

It noted specific recommendations and communications for at-risk groups needed to be carefully managed, to avoid reducing their employment status and rights, stigmatisation and victim blaming.

They said there had been previous reports of public criticism directed at older people and pregnant women who were outside of their homes, whether for work, supermarket shopping, doctor's visits, or exercise.