The government is stepping in to help protect Air New Zealand from the turmoil caused by Covid-19, providing up to $900 million in loans.

Finance Minister Grant Robertson made the announcement this morning, warning New Zealand was at risk of not having a national carrier without this intervention.

"Air New Zealand has a unique and critical role in our economy and society. Also, the government owns 52 percent of the company, which means we have a responsibility towards it. We have acted swiftly to put this loan agreement in place and support our national carrier," he said.

Robertson said the move was a financing arrangement the government could arrange quickly in these extraordinarily fluid times.

"This agreement means that Air New Zealand is in a position to play its part in making sure Kiwis can return home from overseas and that essential flights and freight lines for goods like pharmaceuticals remain open by ensuring flights continue to and from key international destinations. The agreement also safeguards the domestic network, with flights assured to all current destinations."

The debt funding would be used to support the airline's business operations as it managed the implications of various border restrictions and substantial reductions in travel demand.

The company is also cancelling an 11 cents a share interim dividend worth $123m. It went into a trading halt on Monday but its shares slumped 34 percent to 93 cents after resuming trading this morning. 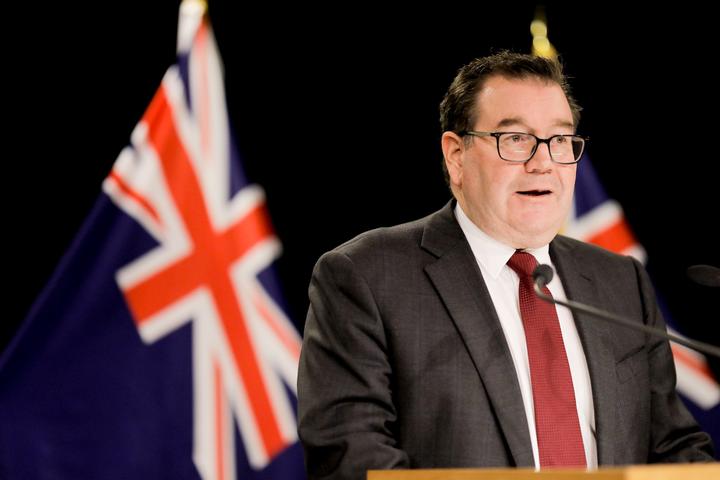 He said job losses were still inevitable given the state of the global aviation sector due to the coronavirus, but exactly how many jobs would go was still being worked through.

"I think when you look around the rest of the world you can see there has been an extreme level of job losses among airlines. We're working hard to mitigate that, and that we continue to have a good, functioning airline that employs a good number of New Zealanders.

"We just cannot expect in the turmoil that the aviation sector is in that there won't be job losses."

There were also discussions happening between the airline, the Ministry of Health and the unions about the possibility of redeploying Air New Zealand staff, perhaps in health roles.

"There already is a workforce there that potentially has some skills already or skills that could be upgraded."

"There is I think a decent amount of scope to see those people redeployed."

Asked about the potential for converting the loan to more equity, Robertson said Air New Zealand had confidence the deal could put the airline in a good position in the short term but the future was uncertain.

"There are provisions in the agreement for us to convert this loan into equity should that become something that the government requires us to do ... but for now this is an amount of money that allows our national carrier to continue operating."

"We have to have trust in the Air New Zealand board and management to go forward from here. Making predictions - I think you're all aware - at the moment about what's going to happen in three, six or nine month's time is very hard, let alone in a week's time."

He said the deal ensured Air New Zealand was able to keep flying key international routes, and "in a position to contribute" to efforts to repatriate New Zealanders who were struggling to get home as international borders continued to close and flights were cancelled.

He said those efforts were being assessed separately to the financial deal, and would be treated as a contract for service.

He said Air New Zealand had a number of existing routes it wanted to continue to fly like Australia, Singapore, Hong Kong and North America.

He said it may be more efficient to use another carrier or another means of getting people where they needed to be including connecting them to another Air New Zealand flight.

"This is, I think, that largest consular exercise that the Ministry of Foreign Affairs and Trade has ever had to undertake, I am aware that they're working on it right now."