New Zealanders in Australia who face months of unemployment or dramatically-reduced working hours because of Covid-19 may get no financial assistance. 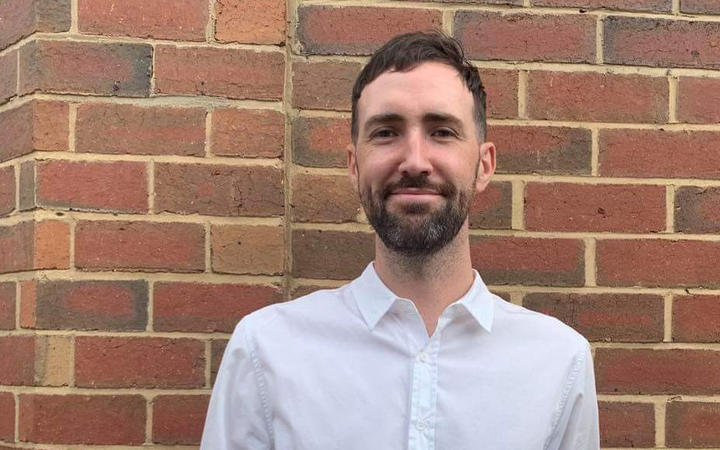 Ben Harvey, 34, has worked in retail in Melbourne for the last eight years. Photo: Supplied

Of the 634,000 New Zealanders living in Australia, about half are not eligible for welfare payments there, because they arrived after February 2001 and are considered 'non-protected special category visa-holders'.

An advocacy group for New Zealanders in Australia, Oz Kiwi, said the New Zealand government would probably need to "kick up a stink" to get Australia to temporarily allow those people to claim a benefit, including any special Covid-19 assistance.

Australian Prime Minister Scott Morrison has announced up to $25,000 in wage relief for small-to-medium businesses, but has yet to announce what assistance will be offered to individual workers who find themselves jobless or with dramatic cuts to their working hours.

Like New Zealand, Australia has banned gatherings of more than 100 people and many people are already working from home if they are able to do so.

Ben Harvey, 34, a New Zealander who has worked in retail in Melbourne for the last eight years, said the restrictions were already starting to bite.

"It's definitely noticeable in the CBD that foot traffic is just completely down."

Harvey said he usually worked an average of 30 hours a week but that had been dropping over the past month as concerns about the coronavirus grew. He had been rostered for four shifts last week but only worked two of them.

"Anyone in a casual role has been used to having a shift cut short if things aren't busy but this is next-level... I have heard of other stores in Melbourne closing already and reducing the casual workforce by 100 percent, basically."

Australia has a high rate of casual employment, with about 2.5 million workers on a casual contract.

Harvey said casual rates tended to be very high but came with the downside of no guaranteed hours.

As a New Zealander in Australia he had always had "a sense of kind of falling through the cracks in some ways of what benefits you can get".

The current situation was unprecedented and the Morrison government should "absolutely" consider extending welfare to those New Zealanders who had made Australia home, Harvey said.

"This kind of scenario is obviously unprecedented but those benefits should be universal… I mean, I've lived here for nearly a quarter of my life."

In the meantime, he was considering his other options, including picking up casual shifts at a supermarket chain.

"There's a feeling or a definite kind of drawing back to the motherland [New Zealand] at the moment … but that's not really an option for me, and it probably wouldn't be for a lot of people who are casual workers, people who work in the gig economy, that are in hospitality, the arts, entertainment, self-employed, freelancers."

He had been told "nothing at all" about any financial assistance that either he or his employer could access.

"I don't necessarily know if that's the company's fault. I think the Morrison government has been incredibly sluggish with communicating that kind of information to companies and the workers across Australia. So there's definitely an era of uncertainty."

Oz Kiwi spokeswoman Liza Cox, whose group has advocated for years for New Zealanders to have an easier path to permanent residency and citizenship in Australia, said many other New Zealanders would be in the same position as Ben Harvey.

"People have contacted us. We've just been saying to them, contact the New Zealand High Commission, MFAT, Centrelink and WINZ to see what they're eligible for. But I'd say the majority of New Zealanders in Australia aren't eligible."

The Australian government had indicated it would announce a further stimulus package and she hoped there might be some help for all workers in that.

During the global financial crisis the Rudd government had made special payments available to New Zealand non-protected SCV holders as well, Cox said.

However, after the 2010 Queensland floods, then-New Zealand prime minister John Key had had to push strongly to get New Zealanders included in relief payments to people whose houses were damaged.

Prime Minister Jacinda Ardern may have to do the same now, she said.

"I suspect the New Zealand government will have to come and request that [Australia] consider it, because Zealanders are caught between a rock and a hard place - they're permanent when they want to be taxed but not permanent when they need anything."

Ardern said yesterday that she had not brought up welfare payments with her Australian counterpart in the context of Covid-19, "but you'll know that I've raised it many, many times generally".

Services Australia, the government agency responsible for welfare, did not respond to RNZ's questions.

Minister of Foreign Affairs Winston Peters told Morning Report it was a decision for Canberra on whether they would provide financial assistance to New Zealanders who risk losing their jobs, but he hoped they would step up to the plate.

"That's almost an unspoken request in the same way we'll look after Australians - and we will do - in this country."