Director-General of Health Ashley Bloomfield has no doubt there will be more cases of the Covid-19 coronavirus announced and says the ministry is setting up a specialised centre to handle tracing of close contacts. 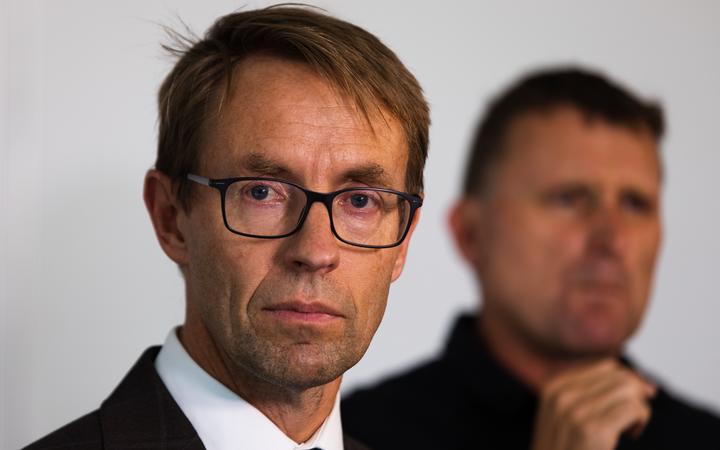 Dr Bloomfield announced yesterday another eight cases had been confirmed, bringing the total in New Zealand to 20.

He was quick to reassure people the cases were all linked to other countries, meaning no community transmission has yet been detected.

"All these cases, as we said yesterday, are associated with overseas travel and of course over the last week or two we have seen people coming back from areas that have got outbreaks."

He told RNZ's Morning Report more cases like that were expected.

He said there were now hundreds of close contacts being sought, and the Ministry of Health was setting up a centre to handle that work.

"I have no doubt there will be more cases and that's what we would expect at this time and that's why we saw the big increase in cases yesterday, all associated with people coming back from overseas.

"It's really pretty tight on the border and the number of arrivals has gone down considerably."

He said all the measures being considered were being worked through by officials and politicians.

"Everything's on the table ... the challenge here is to think what you might need to do in two weeks then bring it forward and do it today.

"We've already had that cap put on gatherings of 500 and the Prime Minister's been clear that she's going to make further announcements about this, probably today.

"I think the key thing here is the gatherings is part of a suite of things that all New Zealanders really need to contribute to, which is that physical distancing - and that's going to be really important.

He said further travel restrictions might also be brought in.

"One of the things we're watching of course is it's still open to the Pacific with quite stringent exit measures of people going out, anyone coming in who's symptomatic needs to be assessed."

Dr Bloomfield said the possibility of closing schools was being looked at but doing so would bring its own challenges.

"It does disrupt your workforce, and as the UK's identified particularly the healthcare and frontline workforce ... and of course you have to keep the economy going as well."

"I know we've got the school holidays coming up and one of the options could be to look at early school holidays but that will be looked at as part of the suite of ongoing measures."

"It's not just schools, it could be universities and other training institutions too, but all these things are under active consideration."

He said it would be valuable for people to be checking and trialling working from home.

"That may be something we need to do quite quickly."

"The countries we are modelling ourselves on are the ones that are controlling this are acting like we are, and they're not doing school closures until they're absolutely necessary.

"The strategy is if there is a case in a school that school will be shut while the contact tracing is done and the school is basically cleaned and then it's safe for everybody to go back.

"If we start closing all the schools now, that puts a massive burden on everybody: where are those children gonna go; what happens if their parents are frontline health workers who we need. So it's a tool that we really only use when we need to use it."

She said the UK's approach an option that might be considered if a case of community transmission was found.

"If we found a community transmission case tomorrow, then all bets would be off and it would be about what's the best approach depending on where that case is and what that community is like.

"That may well be something that we bring in, the thing is we're in a very different situation to the UK. The UK has had community transmission for some time and then when they knew about it they didn't act fast enough because they basically decided to try and take a different approach which was to basically let the virus go and infect people and try and protect people that would be vulnerable."