US President Donald Trump and Canadian Prime Minister Justin Trudeau have agreed to close the US-Canada border to all non-essential travel in an attempt to curb the spread of coronavirus. 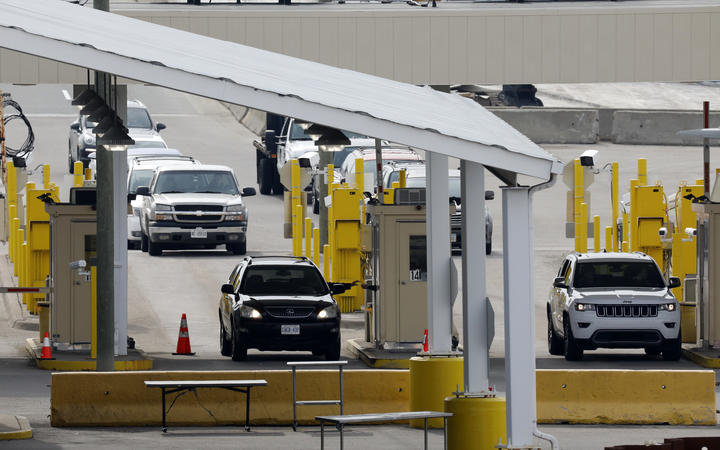 Vehicles cross at the US Customs between Windsor, Canada and Detroit, Michigan on 18 March. Photo: AFP

"We will be, by mutual consent, temporarily closing our northern border with Canada," Trump tweeted.

He said trade would not be affected.

Both countries had already issued sweeping travel bans but had maintained exemptions for each other.

Canada relies on the US for approximately 75 percent of its exports.

The novel coronavirus has maintained a steady march throughout both countries.

In the US the virus has been confirmed in at least 6496 people across all 50 states. The number of deaths has reached 114.

Canada - which has about a ninth of the population of the US - has 598 confirmed cases and eight deaths.

The two leaders spoke on Wednesday to discuss the changes, Trudeau said.

"I want to be clear though that essential travel will still continue," he said at a press conference.

"No matter who you are or what you do, this is a time when you should be focused on your health and that of your neighbours. Not: are you going to lose your job, are you going to run out of money for food or medications. 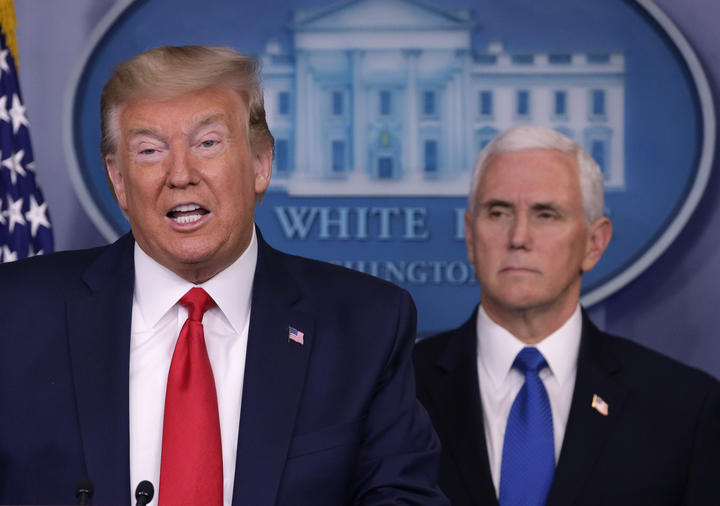 President Donald Trump flanked by vice president Mike Pence during a news briefing on 18 March about the coronavirus outbreak in the US. Photo: AFP / Getty Images

Details of the final deal have yet to be released in writing but both leaders stressed cross-border trade will not be blocked.

Supply chains must be preserved so trucking would not be affected, Trudeau said. "That is something we remain committed to."

Approximately $US2 billion in goods and services crosses the US-Canada border each day.

Trudeau said Canadians who needed to travel for other "urgent reasons" would not be affected.

There is no set timeframe for how long the border closure will last.

Financial markets tumbled again on Wednesday as major stimulus plans failed to quell worries about the economic impact of the coronavirus.

The Dow led the declines in the US, falling more than 4 percent while the S&P 500 and Nasdaq dropped more than 3 percent.

In the European Union, countries have begun turning away travellers from outside the bloc.

Travellers from outside the EU are being turned away from airports and borders after the 27-country bloc imposed a 30-day ban to halt the spread of coronavirus.

A group flying in from Turkey was turned away from Germany's biggest airport in Frankfurt late on Tuesday, DPA news agency reports.

EU leaders agreed that internal borders that have been erected in recent days should come down.

Belgium is the latest EU country to introduce a lockdown for its 11.4 million citizens.

People have been urged to stay at home as much as possible and only essential travel will be allowed. Most shops will close, but physical activity is allowed as long as people respect social distancing.

The Swiss government has also told its citizens to stay at home, while Serbia has told over-65s to stay indoors and imposed a night-time curfew on everyone.

In another blow to the continent's normal life, the Eurovision Song Contest has been cancelled.

In the UK, schools in England are to close to all but children of essential workers, and schools in Scotland and Wales. The Glastonbury festival has been cancelled.