Foreign Minister Winston Peters has clearly been missing his time in the spotlight, using a speech today to drop a bombshell about Cabinet's decision to close the border - generating headline news and more controversy for the coalition government. 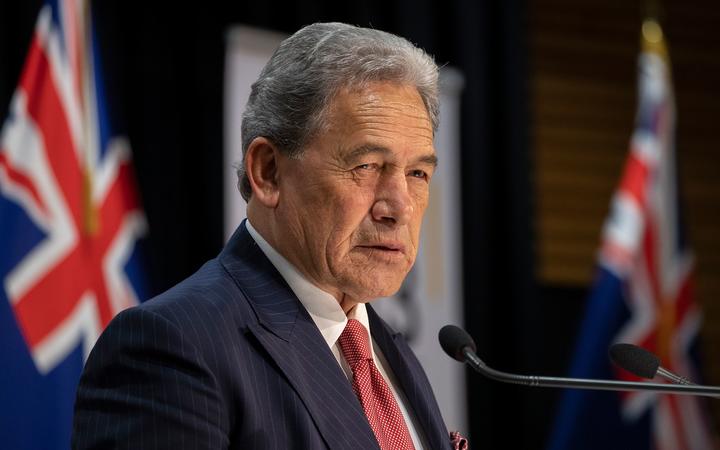 The speech, delivered on his second day back at Parliament, was used to defend criticisms of the Covid-19 response that have clearly stung, and to heap praise on ministry officials.

Dropped in the middle of all of this was the fascinating revelation that health officials had pushed "strongly" to completely shut the border - including to New Zealand citizens and permanent residents.

It was a recommendation Cabinet ministers rejected with Peters saying it was "inconceivable that we [would] ever turn our backs on our own".

How hard did officials push? "Real strong," he said.

But he was not critical of their recommendation saying it was consistent with a health-focused approach and in line with the government's own call to "go hard and go early".

Peters also explained the international consequences of taking such drastic action, saying countries who felt New Zealanders had been abandoned by their own government would "shut down trade access ... and never forgive us".

That also created a need to give assurances to other nations their people would be able to leave New Zealand to return home amid the chaos of a global shutdown.

New Zealanders trapped overseas would have had a "right to think their country had forsaken them," he said, if ministers had accepted the health officials' advice.

But Peters took a jab at those who've complained about the cost of mercy flights arranged by the government.

Cabinet decisions can sometimes be dissected after the fact with the release of official papers but it is unusual for a minister to proactively offer such details, and about such a controversial consideration.

Except when it suits their own political purposes and they are twofold for Peters.

The first was to rebut criticisms the government had been captured by health advice, the second to give him a much-needed dose of media attention after weeks of being shut up at home.

He's been doing plenty of interviews from his home base, including with Australian outlets, but seemed to relish being back behind the podium at the Beehive as he answered questions in a pretty frank way, by foreign affairs standards. 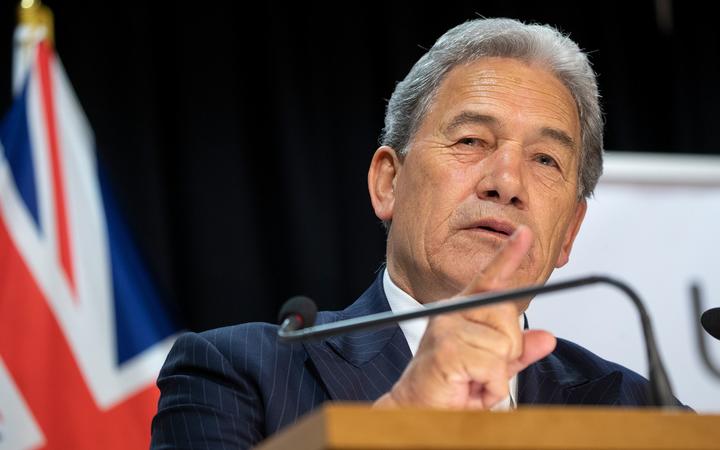 All political parties are getting antsy about the incredible amount of exposure Prime Minister (and Labour Party leader) Jacinda Ardern continues to get day after day with the September election still high on their minds. That's not just the opposition but also Labour's partners the Greens and New Zealand First.

The Greens have been starting to put out media releases piggybacking off government announcements and expect to see New Zealand First ministers start to assert themselves in a much more combative way - especially once the May Budget is out of the way.

There's been a huge effort by the Ministry of Foreign Affairs not only to get 45,000 foreign nationals home in the middle of a nationwide lockdown but also to repatriate the tens of thousands of New Zealanders who found themselves stranded as borders shut down and transit routes dwindled.

Peters isn't known for lavishing praise on public servants but his words about the ministry show how impressed he's been with its work.

To date, the government response has been a success in health terms but the devastation wrought on the economy will be a long-lasting consequence.

Making sure trade continues to flow between New Zealand and its traditional partners is already a top priority for Peters and Trade Minister David Parker.

New Zealanders are also looking towards the time when they can start travelling beyond their own borders, but that's unlikely to be any time soon.

It makes sense for the focus to be on New Zealand's immediate neighbourhood: there are long and strong relationships, practical advantages of proximity, and the fact countries like Singapore, Taiwan and Korea have had varying degrees of success containing the virus.

Creating a "trans-Tasman" bubble has already captured the imagination both here and over the ditch, but that would only happen if both countries could be confident it could be done safely.

The Pacific will have to be approached differently - it's so far managed to protect itself against the worst ravages of the virus and all involved would be reluctant to start any tourism or other commerce that could risk any outbreak.

Further afield, Peters supports calls for an independent investigation into the origins of the Covid-19 outbreak being led by Australia; a position that could challenge key trading partner China.

China's ambassador to Australia has warned there could be a consumer backlash against that country as a result, in both tourism and export sales.

Peters said he was not worried about any similar repercussions for New Zealand because of personal assurances given to him.

"The Chinese at the very highest level have promised me over the years...that they don't behave that way, and I take them at their word."