The government expects the economy to take a significant hit from tough new border rules, and a relief package is expected this week. 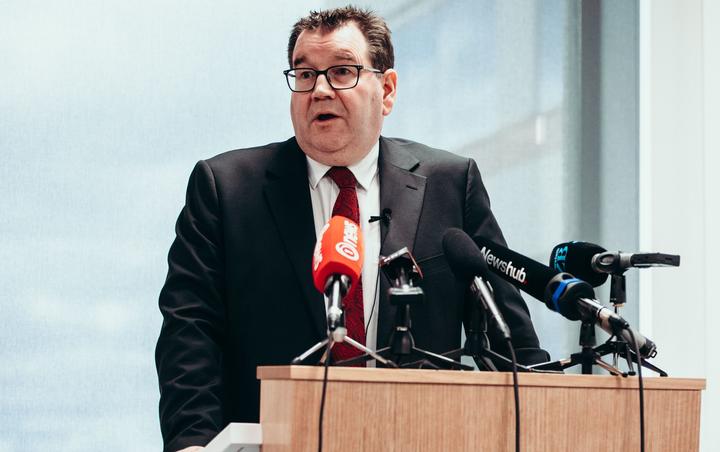 The travel industry is reeling from the new travel restrictions, announced yesterday that mean from 1am tomorrow all incoming travellers, including New Zealand citizens, will have to self-isolate for two weeks, except for those coming from the Pacific Islands.

All cruise ships have been told to stay away until the end of June.

Prime Minister Jacinda Ardern says the economic stimulus package she will unveil on Tuesday, to try to mitigate the blow, will be the most significant measure she will announce as prime minister.

The package is designed to help businesses and staff affected by tough new rules to prevent the spread of the coronavirus.

"I need to make sure that we are actually targeting those businesses that need help the most, and that it's sufficient to keep people in work."

Ardern said we won't be able to stop the spread of Covid-19, but hopes that the tougher measures will help slow it.

Finance Minister Grant Robertson told RNZ's Sunday Morning the government is expecting a serious blow to the economy from the effects of the virus and the travel ban, particularly to the tourism industry.

But the situation could be much worse off in the long-run, if the government didn't act now.

"This is going to have a very serious impact - you cannot have a situation like this without having an impact. But the virus unchecked will have not only a devastating health impact but an even more long-lasting and deep economic impact, and the hit would be far, far bigger," he says.

"We already know that the tourism industry was suffering, people simply weren't travelling from the rest of the world."

Cabinet will meet on Monday to finalise details for the relief package.

"If you just take the tourism sector it's worth 5 or 6 percent of New Zealand's GDP, it employs tens of thousands if not hundreds of thousands of people if you look at industries that are supported by tourism, so this will be a hit," Robertson says.

"We want to work with those businesses on what we can do to support them to get through this, and obviously New Zealanders will be here and will be in a position to be able to support them.

"But many have been looking at reducing the hours of their staff."

The government will have discussions with Air New Zealand today about how it will be affected by the tough new border rules.

"I absolutely recognise a significant period of uncertainty for the 13,000 or so people who work for Air New Zealand, but we are in discussions hour by hour, about how we can support them.

"We want our airline to be able to keep going. There won't as much requirement for international flights, but there are other things that we want to achieve, such as making sure that goods keep moving backwards and forwards."

He said the timing is at the end of the cruise ship season, which peaks through January and February.

But the group representing cruise ships says the ban on passenger ships is draconian, and goes too far.

The Cruise Association's chief executive, Kevin O'Sullivan, said the industry is in a state of shock.

"I can understand why the prime minister and government are deciding to take these steps, but they certainly are much harsher than anywhere else in the world.

"And they seem to have the most serious implications for us in the cruise industry."

He said the ban will likely affect more than 140 visits to our harbours by cruise ships on 45 voyages.

Justin Tighe-Umbers, the head of the Board of Airline Representatives, said its 28 member airlines expect ongoing challenges as the situation evolves.

"[Airlines] are used to major disruptive events, but the crisis around Covid-19 is unprecedented.

"Airlines expect the ramifications of what happens over the next 16 days will have much longer impacts. The government financial support package will be critical to ensure the future health of aviation and tourism in New Zealand.

"It will be vital for the recovery of the tourism industry to ensure airline links are both maintain and restored as soon as the threat of Covid-19 is dissipated."

The managing director of Flight Centre hopes the government will stump up financial support for outbound tourism, as well as inbound tourism.

David Coombes said every Flight Centre store is open today as staff deal with thousands of queries and cancellations.

But he said it's a challenging and uncertain time for travel agents.

People working in outbound tourism will want to know what support is available, Coombes said.