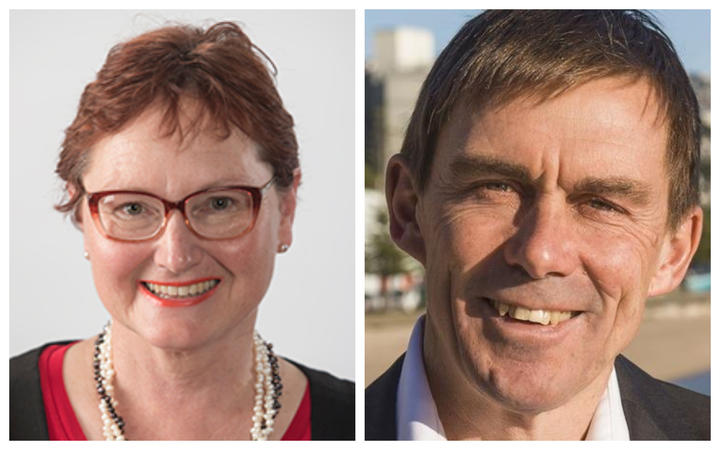 The mayor-elect Andy Foster has selected the Green Party councillor as his deputy.

Mr Foster said Ms Free was an experienced and personable city councillor, who would bring the necessary leadership skills to the job.

Ms Free said the pair had similar passions, including transport.

She was keen to get on with the $6.4 billion Let's Get Wellington Moving project, and said the council would work towards getting bus rapid transit through the city.

She agreed the two might not totally see eye-to-eye when it came to Mr Foster's wish to change the order in which the package was proposed to roll out.

He wanted to see a second Mt Victoria tunnel come before proposed rapid mass transit, and has also said he prefers buses over light rail or trackless trams.

Ms Free said: "That is one thing we might have a slight difference of opinion about, but there's still an awful lot of work to be done on what's on the table for Let's Get Welly Moving."

She said they both agreed there needs to be a focus on public transport.

Ms Free said she offered balance to the leadership of the council, in terms of gender, geographic location, and some political leaning.

She and Mr Foster were on "the same page about most things".

On the topic of Shelly Bay, a coastal development Mr Foster has openly opposed, Ms Free said it had been a "difficult one" and there were many different aspects.

"I'm prepared to have another look at it, but we've got a lot going on in that space."

There was still resource consent to be granted, and court challenges to be overcome before the council could take any next steps, she said.

Ms Free said she was looking forward to the role, and said it was important to bring people together and build the team.

"We've got 15 people around the table and we all need to be working at maximum capacity and achieving what we set out to deliver."

The biggest thing she wanted to do was create a cohesive team, making the most of the skills around the council table.