Wellington's mayor-elect Andy Foster says talk about a recount is causing a "distraction" for the council at the start of their term. 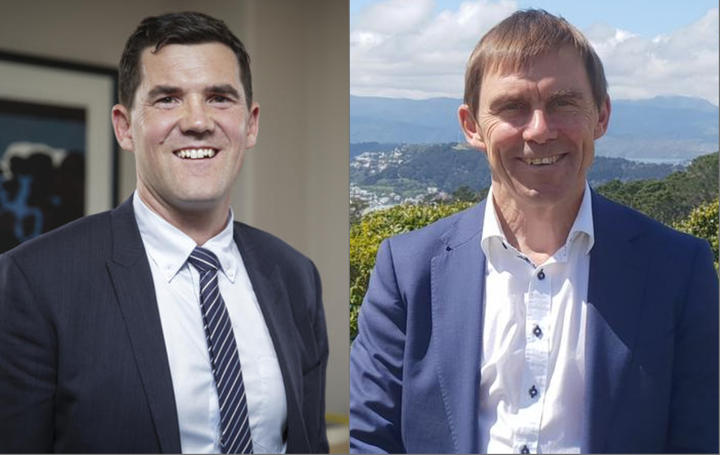 Mr Foster beat the incumbent Justin Lester by 62 votes - leading Mr Lester to suggest he will apply for a recount at the District Court, which he will have to do by Friday.

The incoming mayor said beyond a distraction, any recount could cost somewhere between $80,000 and $100,000, which he said might fall to the ratepayers to shoulder.

That in turn was rebutted by Mr Lester, who said the council has election insurance to cover anything from by-elections to recounts.

The jabs from both men at each other are now the latest in a long line of conflicts, when Mr Lester was mayor and Mr Foster a councillor for Wharangi/Onslow-Western Ward.

Mr Foster, who also ran for mayor in 2016, was often a thorn in the side of Mr Lester when it came to Shelly Bay, a development marred by court cases, resource consents, and land disputes.

A mayoral election and recount in Hamilton

Although the 62-vote margin which Andy Foster held over Justin Lest might appear slim, in comparison to 2016's mayoral election in Hamilton, it's practically a thrashing.

In that instance, Andrew King and Paula Southgate were fighting for the mayoralty, with predecessor Julie Hardaker stepping down, having served two terms.

Mr King held a nine-vote advantage when it came to the recount, and following the final result, that was reduced to six votes.

Wellington's mayor-elect Andy Foster said he's been told by election officers that a nine-vote margin is not comparable with his 62.

Mr Foster said 62 votes was a significant number when it comes to mistakes that would have to have been made by the electoral officers when they were totting up the votes.

He said they'd be "utterly devastated if they made a mistake to that extent. From a point of view of professional competence".

"They'd have to make 62 errors all in the same direction."

For the votes to proceed to a recount, defeated mayor Justin Lester will have to submit a formal application to the District Court by 5pm on Friday at the latest.

"This is a democratic process," he said.

"I can understand why Andy might be a little bit nervous - his majority's gone down quite a lot. But we have to weigh these things up and make sure every vote is counted."

'People want action, and that means we need to get things done'

Mr Foster said one of his grievances with the recount was the "distraction" it was causing him and the council.

"I'm really keen to get on with the job. It is a distraction. The clear message that I got, both before I put my hand up to stand, and during the campaign, was the last council under the previous mayor, didn't get enough stuff done [and] didn't focus on the things that really mattered to Wellington.

"And people want action, and that means we need to get things done, it doesn't mean we want to be distracted by this kind of thing."

However, Rebecca Matthews - who was promoted to councillor after Mr Foster was bumped up to mayor - said talk of a recount hadn't stopped the new councillors from cracking on with their new roles.

"We're participating in a full calendar of induction so we're going ahead with that as normal.

"So it's really not coming into the discussions or conversations or the work that we're doing at all really."

Ms Matthews said she was very much aware of what could happen with a recount; Mr Lester returning as mayor and Mr Foster slipping back down to councillor would take her off the council altogether.

But she said she would still support a recount, if Mr Lester decided to pursue one.

"I don't see what could be more important for ratepayers than knowing that there was a fair election with the correct outcome. While it might have a dollar value attached to it, I do think that running our democratic processes correctly is one of the most important things that we can do."

The cost of a recount

However, Mr Foster said one of his concerns is in fact that there is a price-tag attached to a recount.

It's an issue with some different views from both Mr Lester and Mr Foster, not least over who said what.

Mr Foster said that when he was first warned by Mr Lester he was considering applying for a recount, Mr Foster did raise the issue of the price.

According to Mr Foster, in response, Mr Lester said "I don't care, it's not my money". It was a reply that Mr Foster said left him "deeply troubled".

"It will be an impact on ratepayers, both financially and on staff, and on staff time," Mr Foster said.

When asked whether he did indeed say this, Mr Lester denied it.

"That's absolutely not the truth - just ridiculous," he said.

"Andy's had the same advice that I've had, which is that any cost for a recount or any re-election would come down to the council's insurance, and council would be paying for it.

"Andy, I think, is a little bit nervous, and I think he might be being a little bit political with the truth."

Mr Lester said that in the event of a recount, there would be no added cost to the ratepayer, and also disputes the actual cost, saying it would be more like $50,000. He said Mr Foster was just looking for political excuses to prevent a recount happening.

"This is a democratic process to go through, a District Court judge will decide whether a recount is warranted.

"I have no interest of being political with the recount, I just want to follow the process. I think Andy is trying to use political arguments to try and stop any recount because he's worried about the future."