A bill that gives authorities greater powers over returning foreign fighters passed its first reading last night after a last minute deal with the Green Party. 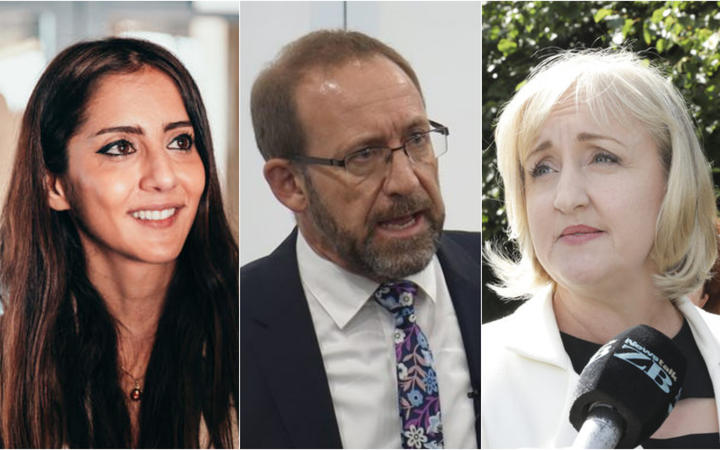 National wants tougher legislation but pulled its support after talks with Justice Minister Andrew Little descended into a slinging match.

Going into the debate, Mr Little seemed at least open to extending National an olive branch, and putting what he called the "jiggery-pokery politics" behind them.

"My door is open to a sensible discussion, as always. And in fact after discussions on Monday, I indicated areas where I thought we could agree on," he said.

But in the debate, National was on the offensive and accused Mr Little of being "arrogant", "belligerent", "disgraceful", and of being purely driven by his own ego.

"There is the possibility of at least one person who poses a serious risk to the community in this country returning in the immediate future and that risk is real and it is rising every day," Mr Little said.

National wants the orders to apply for longer and to those as young as 14, and for authorities to be able to lock up people for 72 hours on arrival.

But instead the Greens have secured changes to ensure officials rely on what New Zealand defines as terrorism.

There is also a guarantee there will be more scrutiny of any classified information about a suspect.

National's Amy Adams told the House this weakens the bill and Mr Little has traded the public's safety for a handful of votes.

"None of us want to look back after another tragedy and point to this day and this bill and say we wish that this government had done more to protect the people of New Zealand," Ms Adams said.

"And we are not going to sit back quietly while this government puts its political agenda, its egos, and its coalition strategising ahead of the needs of New Zealand."

National MP Michael Woodhouse told the House Mr Little must have done a dirty deal to get the Greens - who haven't supported terrorism suppression laws before - onside.

"Because we heard the drum-beating rhetoric from Golriz Ghahraman. She was pretty unambiguous about the Green Party's disdain for this bill.

"Unnecessary, over-kill, a dog-whistle. Well, who is dog-whistling now, Ms Ghahraman? And what did the Green Party get in return for their support for this bill at first reading?" Mr Woodhouse said.

Green MP Golriz Ghahraman said this was a win for her party and society, because laws based on bigotry and fear never made anyone safer.

"That is why the Green Party has a long history of standing up against so-called anti-terrorism laws that do nothing but make politicians look tough," Ms Ghahraman said.

"We're not going to run Guantanamo Bay, despite what the National Party might want."

"We don't want a process where secret information is being used and someone can't defend themselves.

"The changes that we got go to the heart of keeping New Zealand safe but also upholding our human rights-based system so we actually know we are catching the right people and we know that we're doing it in a fair and just way."

She said it was not an about-face because what was new in this law is the means for authorities to do mental health checks on people and design a process of de-radicalising people - these were people who would not necessarily be charged with terrorism offences.

In regard to Mr Woodhouse's accusation of the Greens engaging in dog-whistle behaviour, she said their dog-whistle was to human rights, abiding by the standards of organisations such as the Human Rights Commission and Amnesty International, and ensuring New Zealand did not breach its civil liberties standards.

The bill now goes to the Foreign Affairs Select Committee, which has been told to report back by early December.

National is crying foul, accusing the minister of trying to ram the law through so that there's no time to scrutinise its deficiencies.