The Green Party is throwing its support behind the foreign fighters legislation at the eleventh hour giving the government the numbers to pass it. 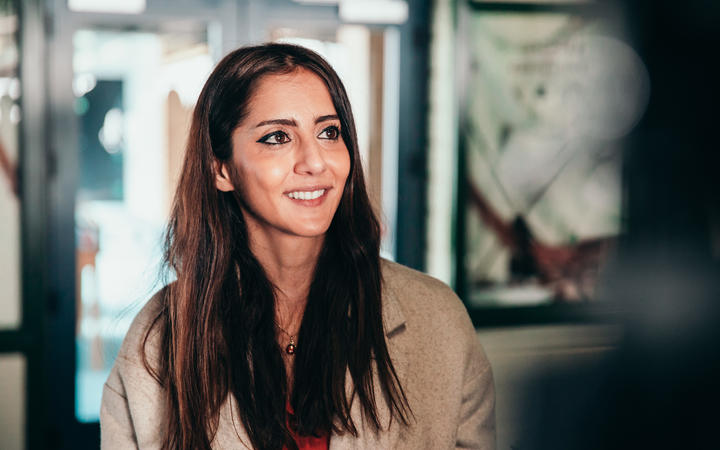 The Greens had refused to back the Labour-New Zealand First Terrorism Suppression (Control Orders) Bill because it relied on definitions such as 'terrorism' from other countries that don't have the same standards as New Zealand.

The tough measures clamping down on returning foreign fighters - like so-called "Kiwi jihad" Mark Taylor - had hit a roadblock with a war of words breaking out between Justice Minister Andrew Little and the opposition.

The government now no longer needs the support of the National Party to get it across the line.

The Green Party said the changes they have negotiated mean they can vote for the bill at its first reading and stop the National Party from "blackmailing the government into draconian law changes that go far beyond what is necessary''.

Mr Little is proposing a 'control orders' regime to boost government powers to deal with people trying to get back to New Zealand after fighting for extremist groups, or having helped their cause.

The matter had taken on some urgency, he said, with the changing situation in Syria, where the Kurds said keeping ISIS detainees in custody was no longer a priority while they were under attack from Turkey.

Mr Little met with National leader Simon Bridges and its justice spokesperson Mark Mitchell on Monday night, but they were unable to come to an agreement.

National confirmed its support via email last week, with no conditions attached, but now would not follow through with that commitment, said Mr Little.

"After that they then tried to seek conditions, I met with them to talk about that ... they haven't indicated they will support it so frankly, I do feel a little dicked around by them."

Mr Little had an "interesting" way of negotiating, he said, "coming out and slagging off the people he's negotiating with," but that would not affect National's approach.

The party made its position clear when it released its first media release, said Mr Bridges, which laid out the changes it wanted to make.

"We want to continue discussions with minister Little, I'm not going to get into the name or the blame game, even if he is."

But his bottom line was National was not going to do "half a job" on New Zealanders' safety.

National had been seeking changes around lowering the age, extending the duration, and giving authorities the ability to lock up people for 72 hours on arrival in New Zealand.

There were still plenty of unknowns about who was going to turn up, said Mr Bridges, and the legislation should reflect that.

Green Party spokesperson for Justice, Golriz Ghahraman, said "we've ensured that foreign convictions and deportations won't be accepted without proper scrutiny and we've ended the use of secret evidence without an advocate''.

"We've been clear from the start about our key concerns. Our position in government has allowed us to negotiate and get agreement from the Minister. We're now comfortable voting for the Bill at first reading while we continue work to improve it as it progresses.

"The Green Party has a long history of standing up for civil liberties when so-called antiterrorism laws breach fundamental human rights. We are happy to support this law to first reading because of the changes that satisfy our human rights kaupapa,'' she said.

The bill will have its first reading in Parliament today.

"The control orders Bill will mean our community is better protected from the risks of the very small number of New Zealand citizens who have engaged in terrorism related activities overseas,'' Mr Little said.

"It is the responsibility of all parties in Parliament to safeguard our national security and protect New Zealanders. A bipartisan approach is the public's expectation, and that is why the preference of the Coalition Government with support from their Confidence and Supply partner is for consensus across the House.

"With legislation of this nature there is always an important balance to be struck between the essential need for public safety and to ensure measures to achieve this do not encroach unduly on vital rights and freedoms," Mr Little said.

The Green Party have agreed to support the Bill at the first reading as a result of the following clarifications being agreed:

But the National Party's justice spokesperson Mark Mitchell said the legislation will be weaker with the Green Party's support.

"The safety of New Zealanders is paramount to National, and this Bill does not go far enough.

"National will not support the Terrorism Suppression (Control Orders) Bill at first reading. We made it very clear from the outset it should be stronger and more closely aligned with other jurisdictions,'' Mr Mitchell said.

"The sensible changes we put forward are to keep New Zealanders safe from terrorists.

"We will lodge these as amendments, pushing for the changes needed to strengthen the Bill,'' he said.

The government has shown it's satisfied with a weak response, Mr Mitchell said.

"Justice Minister Andrew Little has let his ego get in the way of the safety of New Zealanders. Dismissing National and our changes is arrogant and is putting the lives of New Zealanders at risk.

"We want Kiwis to be safe. Andrew Little now has a choice whether to make this Bill stronger or not."